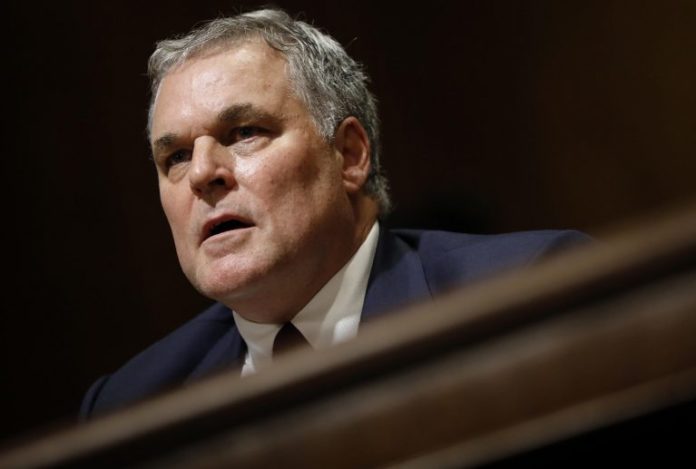 On July 26, the U.S. Internal Revenue Service (IRS) announced that the tax agency has started sending letters to American cryptocurrency owners advising them to pay their taxes. According to the organization, three types of letters will be sent to more than 10,000 taxpayers by the end of August. The news follows the recent IRS taskforce slide that shows alarming recommendations on how tax agents should investigate digital currency users.

Through Compliance Efforts the Internal Revenue Service Has Collected 10,000 Names

The IRS media room has published a press release explaining that the government tax agency plans to send letters to Americans who own digital currencies. The organization’s announcement, published on Friday, says that the letters will be sent to taxpayers who have participated in virtual currency transactions or otherwise did not report past transactions properly. The IRS calls the letters of recommendation “educational” and started sending the notices last week. Through IRS “compliance efforts,” the tax agency has obtained the names of more than 10,000 Americans who will receive this correspondence.

“Taxpayers should take these letters very seriously by reviewing their tax filings and when appropriate, amend past returns and pay back taxes, interest, and penalties,” IRS Commissioner Chuck Rettig explained. “The IRS is expanding our efforts involving virtual currency, including increased use of data analytics. We are focused on enforcing the law and helping taxpayers fully understand and meet their obligations.”

The Virtual Currency Compliance Campaign addresses individuals and businesses who don’t comply with the U.S. tax code by using “multiple treatment streams.” The IRS highlights that cryptocurrency compliance follows the “general tax principles applicable to all transactions in property.” The initial testing grounds for the campaign begins with the Withholding & International Individual Compliance unit led by Director John Cardone.

The news follows the recent enforcement campaign the tax agency started in order to combat noncompliance. Through “outreach” and taxpayer “examinations” the IRS started the campaign by issuing educational resources, “audits, and criminal investigations.” The IRS recently announced that the tax agency would be issuing guidelines on the tax treatment of digital currencies. “[We] strongly urge the IRS to issue updated guidance, providing additional clarity for taxpayers seeking to better understand and comply with their tax obligations when using virtual currencies,” a group of bipartisan congressional leaders wrote to the IRS commissioner in September 2018.

“I share your belief that taxpayers deserve clarity on basic issues related to the taxation of virtual currency transactions and have made it a priority of the IRS to issue guidance,” Rettig wrote responding to the request.

News.Bitcoin.com spoke with Node40 CTO, Sean Ryan, last June and he said the issuance of the new guidance is long overdue. “New guidance will be forthcoming and will address specifically the three most talked about uncertainties: acceptable methodology for calculating cost basis, an acceptable methodology for assignment cost basis (FIFO, Specific Identification, etc.), and treatment of forks,” Ryan told our newsdesk. “I do believe it will be this year,” he added.

Cracking Down on Noncompliance and the Tax Agency’s Ongoing Focus

Furthermore, over the last couple of years, various three-letter agencies like the IRS, FBI, and others have been prosecuting a slew of Americans for illegal money transmission, particularly traders who utilize the Localbitcoins.com exchange. On July 9, a slideshow created by IRS-CI cyber crimes program manager James Daniels was published online, and proposes draconian tactics to investigate crypto users. The slide suggests investigating a person’s social media accounts and questioning family members. If needed the agents can request a Grand Jury Subpoena in order to obtain records from Apple, Microsoft, and Google. When the New York Times (NYT) questioned an IRS representative about the educational letter situation, the agent declined to reveal where the tax agency received the names of the 10,000 individuals targeted. NYT also asked Coinbase if the IRS letter recipients stem from when the IRS compelled the company to forfeit data on 13,000 users. A Coinbase representative declined to comment on the subject.

In regard to the letters that will be delivered this August, people will receive three different versions: Letter 6173, 6174 or 6174-A. Of all the notices, Letter 6173 requires a signature from the recipient under perjury that they are compliant with the U.S. tax code. “All three versions strive to help taxpayers understand their tax and filing obligations and how to correct past errors,” the announcement states.

“Taxpayers are pointed to appropriate information on IRS.gov, including which forms and schedules to use and where to send them,” the press release adds. According to traders on the Reddit forum r/Bitcoinmarkets, a few individuals have already received letters and assessments. The IRS announcement on Friday emphasized multiple times that there will be continued tax enforcement and investigations. During the end of the press release the tax agency stressed:

The press statement also refers to Notice 2014-21, the only guidance the agency has ever issued in regard to digital assets. Essentially the 2014 documentation states that virtual currencies are considered a “property for federal tax purposes” and those who wish to comply should follow general practices. Toward the end of the IRS announcement, the agency noted that it will issue “additional legal guidance in this area in the near future.” Even though the IRS hasn’t issued guidance in five years, the agency still warns that enforcement against noncompliance will continue to the full extent of the law.

“Taxpayers who do not properly report the income tax consequences of virtual currency transactions are, when appropriate, liable for tax, penalties, and interest,” the IRS press release specifies. “In some cases, taxpayers could be subject to criminal prosecution.”

What do you think about the IRS sending “educational” letters to more than 10,000 American taxpayers this August? Do you think it’s ok that the IRS enforces the law while the agency still hasn’t issued clarified guidance since 2014? Let us know what you think about this subject in the comments section below.

Another week, another seven days of volatility. However, unlike last week’s completely red market summary, this week was a mixed...