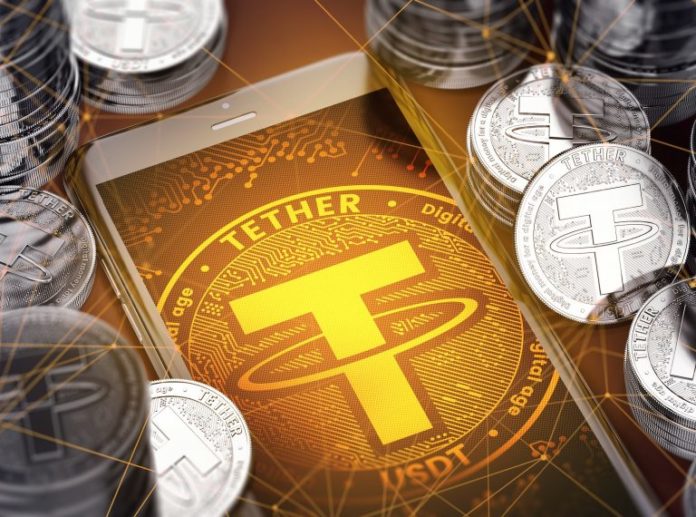 The ownership of tether (USDT) turns out to be quite concentrated. According to a recent report, a few addresses control the bulk of the stablecoin, which is widely used by bitcoin traders. The finding comes on top of fresh accusations of creating a bubble levied in a lawsuit against tether’s operators. That adds to the persistent critique that the coin isn’t backed one-to-one with U.S. dollars as previously claimed.

$2.8 Billion of USDT Held by a Handful

Just 104 tether addresses hold 70% of the stablecoin’s circulating supply, according to an investigation conducted by blockchain intelligence company Intotheblock. Considering tether’s supply and its $1-dollar price, the fiat equivalent is over $2.8 billion. Such a small number of addresses controlling that large of share could be a cause of concern.

The researchers have also confirmed tether’s high and fast turnover. In the last seven days alone, Intotheblock tweeted on Tuesday, the total volume of large transactions worth over $100,000 amounted to a staggering $2.4 billion. Besides, the average period a USDT token is held is only 17.8 days, the company pointed out.

Let’s talk about #Tether and provide you with a few onchain fundamentals:

High wealth concentration is a phenomenon observed with decentralized cryptocurrencies as well. A tweet from Glassnode, another onchain data provider, highlighted an ongoing trend: the number of bitcoin core whale addresses is growing. Those holding over 1,000 BTC have increased by 500 in a year, reaching a high of almost 2,100.

Various studies have noted the wealth disparity in the crypto space with one recent piece of research claiming that around 2% of BTC addresses control approximately 80% percent of the cryptocurrency. And a report published earlier this year by digital asset market analysis firm Delphi Digital stated that only 7,500 ETH wallets hold 80% of ethereum’s circulating supply.

Tether and the entities associated with it, the issuer Tether Limited and crypto exchange Bitfinex, have been attacked by the crypto community for various reasons. One of them has to do with doubts that each token is backed with $1 USD. Adding oil to the fire recently, Tether’s cofounder William Quigley stated controversially in an interview with Bloomberg that “Whether or not Tether was backed by the dollar actually wouldn’t matter if everybody agreed to take Tether and to value them at a dollar themselves.” Earlier this year, Bitfinex was accused by the New York Attorney General of using Tether’s funds to cover up $850 million missing since the middle of 2018. And in the beginning of October, a class action lawsuit against the operators of Tether and Bitfinex was filed in New York accusing them of managing a scheme to defraud investors, manipulate markets, and conceal illicit proceeds. As news.Botcoin.com reported, the lawsuit claims Tether created “the largest bubble in human history” and caused damages for over a trillion dollars.

Regardless of one’s attitude towards tether and despite the controversies around it, the coin’s importance in cryptocurrency trade has grown tremendously. A quick look at markets.Bitcoin.com shows that its 24-hour volume, $19.35 billion at the time of writing, exceeds that of bitcoin core (BTC), $15.74 billion, the crypto with the largest capitalization. Tether’s circulating supply is currently over 4.1 billion USDT.

What’s your opinion about the wealth concentration observed with tether and in the crypto space in general? Share your thoughts on the subject in the comments section below.