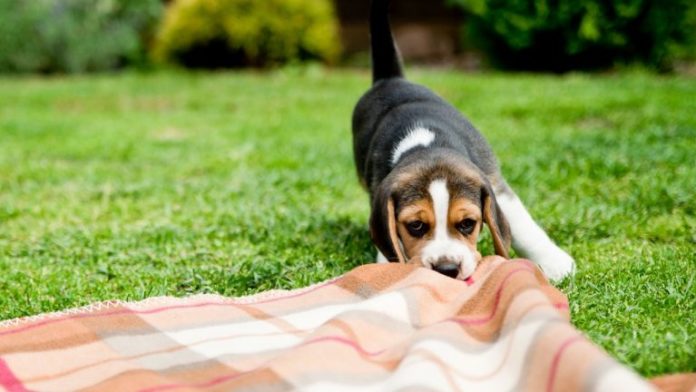 The ongoing hype about the abnormally high returns from Defi tokens has naturally seen many more investors moving funds to decentralized protocols. As of October 10, total value locked in Defi protocols was nearly $11 billion. However, despite this apparent endorsement of Defi, rug pulling incidents and outright scams now seem to be blighting this space.

News.bitcoin.com has been reporting on the growing popularity of Defi protocols as well as exposing the fact that some devs and founders wilfully engage in practices that harm interests of the burgeoning Defi community.

SBF’s Actions Were Not Approved by the Community

Just recently, Sam Bankman Fried (SBF), the individual that took over the reins at SushiSwap in early September, was accused of acting immorally. The allegations stem from SBF’s use of FTT (a centralized token) as collateral for short selling other assets. It has emerged that SBF’s actions were not approved by the community and reports suggest the matter will be resolved via a vote which ends October 14.

However, before the vote is even closed, critics are making the argument that if “economically rational market participants such as SBF are able to take advantage these tools in a way that the community doesn’t approve of, the immaturity of both the market and its users are revealed.”

Meanwhile, SBF, who is defending his actions, is not the only influencer getting panned for using a privileged position to enrich himself. Blue Kirby, the YFI fanboy, is another prominent individual that has been criticized first for actively promoting Andre Cronje’s botched EMN before it got hacked. Secondly, Kirby faces accusations of dumping his YFI when the Defi token suffered losses in the past few weeks.

The complaints against SBF and Blue Kirby are just two of the many cases where influential individuals are caught acting contrary to the values they publicly espouse. In many cases, however, Defi con artists are only exposed after making off with millions of dollars in investor funds. Below News.bitcoin.com lists some Defi projects or tokens, which according to a Boxmining newsletter, have turned out to be scams.

Amplyfi.money: Rug pulled after collecting 2,500 ETH from investors. According to a message left on the website, the Amplyfi.money team claim that “one of the devs compromised wallet and was able to use a little-known vulnerability in the compiler itself.” It adds that “devs are receiving a fair amount of threats so we decided to terminate the project.”

Beer Garden Finance: According to the newsletter, the founder holds over 50% of the token supply in his personal wallet. When the community asked for more details such as a Github link for the project, or timelocks for the tokens they were banned from the Telegram group.

CBDAO ($BREE): According to the Newsletter, the project had a presale for $SBREE tokens which would be swapped for $BREE. One of the admin wallets exploited a backdoor in the SBREE token contract, minted 50,000 SBREE. After that, the SBREE was converted into BREE and sold it on the market thus pushing down the price of BREE at the expense of other holders. The 50,000 BREE was sold for under 200 ETH.

Degenballz: The Boxmining newsletter says staking “may steal 1% of your LP tokens.” On Twitter, one user is seemingly complaining about the 1% LP staking fee paid to developers. The user known as HuntingtheCoins expresses disappointment that this fact had not been disclosed upfront.

Emerald Mine (EMD): According to the newsletter, user tokens worth nearly USD$2.5mil that were supposedly locked under a smart contract were moved to another account. Fortunately, cryptocurrency exchange Changenow managed to stop the sale of 135,020 EOS. However, this only represents a tiny portion of the total amount of funds stolen.

Lv.finance: Falsified audit results, after investors deposited their funds in they found they were unable to withdraw. The team has since disappeared and the website was down at the time of writing.

Minions Farm: Minions will access all your assets when you connect your wallet to the Minions Wallet site. According to the message left Minions Farm’s page on Medium, the post(s) was under investigation for alleged violation of posting rules. The official website was also down at the time of writing.

Tomatoes.finance: The newsletter says a hacker allegedly triggered simple permission granting and withdrew tokens. News.bitcoin.com observed that since September 23, there has been no activity on their Medium page.

UniCat ($MEOW): A back door in smart contracts allowed UniCat to keep control over users’ tokens even after they were withdrawn from the pool. Around USD$200,000 worth of crypto has supposedly been stolen.

Unirocket ($URCKT): The newsletter says creators of this token rug-pulled and now cannot be located on social media. Similarly, News.bitcoin.com could not find any information on Unirocket on social media.

Yfdex.finance: Project promoted themselves on Twitter for 2 days, took a total of USD$20million of investor funds and disappeared. News.bitcoin.com reported on Yfdex.finance scam in September.

From the list, prospective Defi token investors can see common methods and tactics that have been used by fraudsters to engineer theft of funds. Since there is no regulation and the fact that most of the tokens are issued by anonymous entities, once defrauded, investors have no chance of recovering lost funds.

In the medium to long term, continuing incidents of rug pulling will hurt the belief that decentralized finance can be the panacea to the longstanding problem of financial exclusion. Influencers and community leaders have an obligation to help fix these problems as doing this is the only way to maintain the public’s interest in Defi. More importantly, such an effort could help stave off regulators from imposing restrictive rules that curtail further growth of the space.

Do you think Defi will survive rug pull scams? Share your views in the comments section below.

With great increases in Bitcoin mining on a global scale in recent years as cryptocurrency’s popularity and acceptability has increased,...