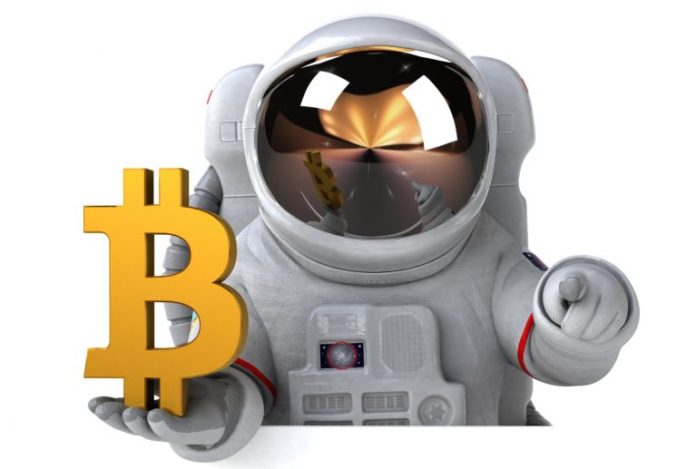 Amid worldwide crisis and stock market turmoil, a growing number of investment schemes advertise a way to speedily double your bitcoins. Moon Bitcoin Live, for example, claims to be a licensed bitcoin doubler, promising that investors can double their bitcoins within 24 hours, with guaranteed payouts. However, there are many red flags about this type of investment scheme.

Plunging stock markets and the coronavirus scare have crippled many industries and driven many people to seek an alternative way to make money. Unfortunately, many scams are capitalizing on people’s monetary desperation, some of which have been around before Covid-19 while others only recently popped up.

Among them is Moon Bitcoin Live, a bitcoin doubler scheme that promises to double your bitcoins within 24 hours. Its website contains many bold, unsubstantiated claims, displaying the message “Moon Bitcoin Live Awesome Investment” right front and center. “Moon Bitcoin Live gives you a real platform to multiply your bitcoins instantly,” the website states, claiming that it is the “first trusted bitcoin doubler” and payouts are guaranteed. This investment scheme is very similar to a few others, including Bitcoin Doubler Club.

Like many scams, Moon Bitcoin Live has some obvious red flags. Investment fraudsters always hit their targets with an array of persuasion techniques, counting on them not to do research before investing. Besides promises that are too good to be true, such as “double your bitcoin in just 24 hours,” “100% secure,” and “instant payouts after 24 hours,” Moon Bitcoin Live advertises “guaranteed payouts.” Its site also displays, without proof, what it claims to be the payouts its members supposedly received.

Another major red flag is asking for an upfront investment. Creating an account is free, “Just enter your BTC address,” the Moon Bitcoin Live website urges, noting that payments are processed instantly and all payment methods are accepted. It will then ask you to send between 0.005 and 5 BTC to the company’s “deposit address.” To encourage large deposits, the scheme offers a 200% bonus for payments above 0.5 BTC. Moon Bitcoin Live also offers an affiliate program which it claims pays a 20% commission.

However, once you send your bitcoin to these scammers, you are not likely to ever see your coins again. These tactics have been used by many scammers since a regulated entity would be prohibited from making such claims. Instead, they are required to warn investors of potential investment risks.

Beware of Fake Address and Registration

Scams often list a fake address and sometimes a fake registration number in an attempt to sound legit. Moon Bitcoin Live clams to be a U.K.-registered company, but instead of having one registration number like all other legit companies, this scheme lists two different numbers on its website. The first is 10518084, displayed at the footer of the website, and the other is 10714202, found on the scheme’s certificate of incorporation.

News.Bitcoin.com contacted Companies House, the U.K.’s registrar of companies which is an executive agency and trading fund of Her Majesty’s government, to inquire about the two registration numbers. According to Companies House, the first number (10518084) actually belongs to a company called Crypto Zero Ltd. while the second (10714202) belongs to Bitcoin Finance Ltd. More importantly, the authority confirmed directly to news.Bitcoin.com that the company listed on Moon Bitcoin Live’s certificate of incorporation, Moonbitcoin.live Finance Ltd., is not registered with them.

Furthermore, the address Moon Bitcoin Live listed on its website does not exist in reality. Its fake registration document also incorrectly references “the Companies Act 2019,” instead of Companies Act 2006.

There are many bitcoin doubler schemes; some even promise to double your bitcoin in less than 24 hours. Take extreme caution when searching for investment opportunities, as news.Bitcoin.com previously warned. With so many red flags, anyone sending their bitcoin to an investment scheme like Moon Bitcoin Live is unlikely to ever see their money again, let alone double it. Furthermore, as the worldwide crisis deepens, a slew of new scams have come online to take advantage of investors.

What do you think of investment schemes that promise to double your bitcoin? Let us know in the comments section below.

The post 2x Bitcoin: Wanna Double Your BTC to the Moon? Forget About It appeared first on Bitcoin News.

Asset manager Charles Edwards has pointed to the present market condition as a remarkable opportunity to accumulate Bitcoin. He has...