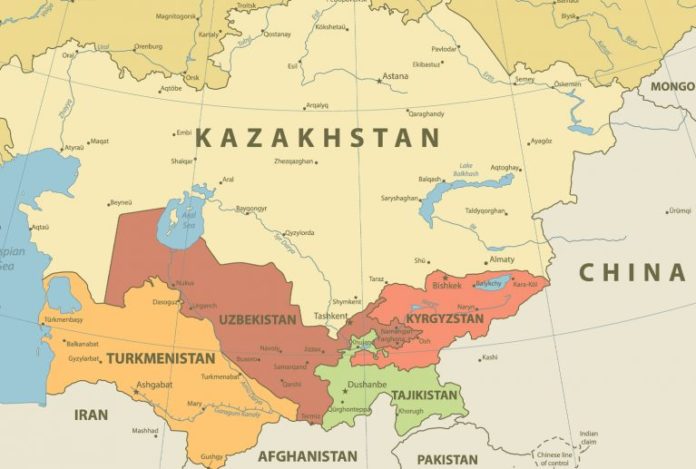 As tensions escalated between the U.S. and Iran in recent months, reports have detailed that Chinese bitcoin miners are looking to set up shop in Central Asia and more specifically in Kazakhstan and Uzbekistan. Last spring, Chinese bitcoin mining operations flocked to Iran for extremely affordable electric prices ($0.006 per kilowatt-hour) in the oil-rich nation, but now Chinese miners are finding it easier to migrate to Central Asia for $0.03 per kWh in certain countries.

Regional reports have disclosed that Chinese bitcoin miners have been considering migrating to Central Asia for cheaper electricity. Last April, a few Chinese mining operations moved to Iran in order to get electric prices at $0.006 per kilowatt-hour, but the authorities made that difficult. Even though Iran’s leaders legalized mining in the country, they also said that miners must pay the export price for electric consumption.

In November, officials from the Iranian grid explained that electrical costs would fluctuate for bitcoin miners. The fluctuation could vary during specific months between $0.04 per kWh (9,650 rials) and $0.16 per kWh. However, in Central Asia, electrical prices stemming from an abundance of gas and coal plants mean that bitcoin miners could get $0.03 per kWh or less in countries like Kazakhstan and Uzbekistan. 8btc columnist lylian Teng discussed the subject with a Chinese miner, Wu Zheng, who says Chinese miners are attracted to Central Asia’s prices.

Wu explained that Chinese miners send older models like the S9, E10, and M3 to regions where the electrical costs are considerably lower. “My mining farm (in Kazakhstan) is running Ebit E10 machines which deliver a hashrate of 18T with the power consumption at 1800W,” Wu explained. The miner also disclosed that prices for electricity in Kazakhstan can be as low as $0.001 per kWh, if the miner can connect with a powerful coal operation. “In Kazakhstan, coal-fired power costs as little as $0.001 per kilowatt-hour because of the abundant coal source there,” Wu noted, “[Additionally], private power generation is allowed in the country and the electricity we are using comes from a private power plant.”

It’s not the first time reports have addressed Chinese miners possibly relocating to Central Asia. Last September, author Ana Alexandre talked with Alan Dorjiyev, the head of the Blockchain & Data Center Industry Development Association in Kazakhstan, about bitcoin miners from China possibly moving to the region. “Uzbekistan is overall positive toward mining,” Dorjiyev told Alexandre. “However the mining industry is centralised to one controlling body. It causes a lot of corruption when the government body decides which miner they give electricity.”

“The only challenge at the moment is building a low voltage infrastructure so that miners can connect to the grid easier,” Dorjiyev continued. “At the moment miners are investing in electric infrastructure for lowering voltage from 110kv to 0,4kv.” Dorjiyev also noted that Kyrgyzstan has been an attractive country for bitcoin mining operations as well.

Additionally, on September 2, Shavkat Mirziyoyev, the president of Uzbekistan, established a fund dedicated to the government’s blockchain development. Uzbekistan’s leaders have allowed bitcoin mining, trading and created extremely lenient tax laws in the country toward crypto payments as well. Despite the cheap electricity and the crypto-friendly states, Central Asia has a long controversial history with China. When the Soviet Union controlled Central Asia, the borders were closed and Chinese workers only recently migrated to the area for work. Citizens from Kazakhstan, Kyrgyzstan, and Tajikistan were upset and protested when China renegotiated post-Soviet borders. Conflicts over this matter have raged on for years and could make mining operations reconsider locating to these countries.

What do you think about Chinese mining operations considering moving miners to regions like Kazakhstan, Uzbekistan, Kyrgyzstan, and Tajikistan? Let us know what you think about this topic in the comments section below.

Reports of more than 80 digital payments-related patents filed by the People’s Bank of China (PBOC) is offering concrete proof...