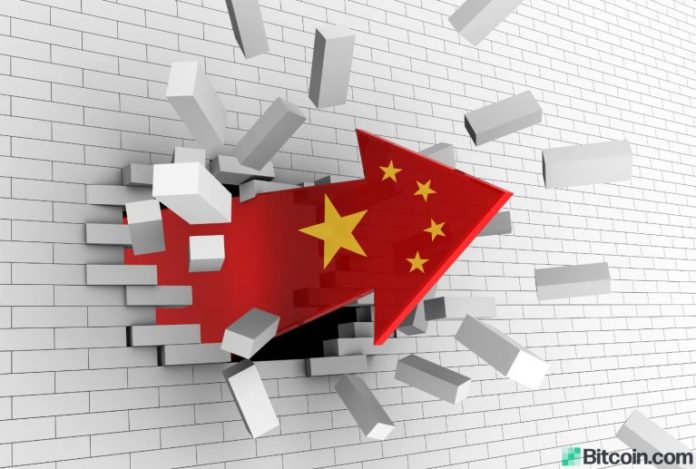 China now has more than 33,000 registered companies claiming to use blockchain technology in their businesses, according to the country’s Center for Information and Industry Development. The information was released at a recent blockchain conference hosted by a Chinese municipal government and several state-backed research institutes.

The number of registered companies claiming to use blockchain technology in their businesses has ballooned in China, heavily boosted by President Xi Jinping’s support of the technology. The blockchain research institute of the Center for Information and Industry Development (CCID), under the Ministry of Industry and Information Technology, recently released a report on the state of the country’s blockchain industry. According to the China Blockchain Enterprise Development Research Report:

As of December 2019, there were more than 33,000 registered blockchain companies.

These registered companies have been exploring various blockchain applications in fields such as finance, supply chain, traceability, hardware, charity, medical health, cultural entertainment, social management, copyright protection, education and the sharing economy. Most of them are focused in four areas: finance, supply chain, traceability, and hardware.

The study also notes that the overall financing and investments into newly registered blockchain enterprises in China increased from 2014 to 2019, and 36 domestic banks are currently exploring blockchain applications. Major challenges blockchain enterprises face include a serious shortage of talent, lack of third party evaluation or product certification, and difficulty in financing startups.

In October 2019, blockchain financial information platform Huoxing24 reported that there were 30,000 companies claiming to use blockchain technology, 77% of which were established in the past two years, and more than half settled in Guangdong province.

While a staggering number of companies claim to have incorporated blockchain technology into their business, Chinese state media reported in November 2019 that less than 10% actually do. Recently, the Shenzhen Stock Exchange launched a blockchain index comprising stocks of the exchange’s 50 largest companies with blockchain ventures by market capitalization. Moreover, Penghua Fund has filed an application for a blockchain exchange-traded fund (ETF) with the country’s Securities Regulatory Commission.

The China Blockchain Enterprise Development Research Report was released during a two-day 2019 Blockchain Technology, Industry Innovation and Development Conference held at the Qingdao International Conference Center on Dec. 26 and 27. It was hosted by the Qingdao Municipal People’s Government, the CCID, Qingdao Laoshan District People’s Government, CCID (Qingdao) Blockchain Research Institute and other units. The theme of the conference was to “promote the application of blockchain technology integration and to promote the innovation & development of the industry.”

The CCID described: “The conference deeply analyzed the development status of the blockchain industry, focused on displaying the latest professional technical achievements and excellent solutions in the blockchain field.” Geng Tao, vice mayor of Qingdao, attended the event and delivered a speech. The center elaborated:

The CCID is also known for its Global Public Blockchain Technology Assessment Index rankings which are updated every two months. The lastest one — the fifteenth update — was published in December 2019, ranking 35 crypto projects.

What do you think of the number of companies in China using blockchain technology? Let us know in the comments section below.

Images courtesy of Shutterstock, 36kr, and the CCID.

The post 33,000 Companies in China Claim to Use Blockchain Technology appeared first on Bitcoin News.