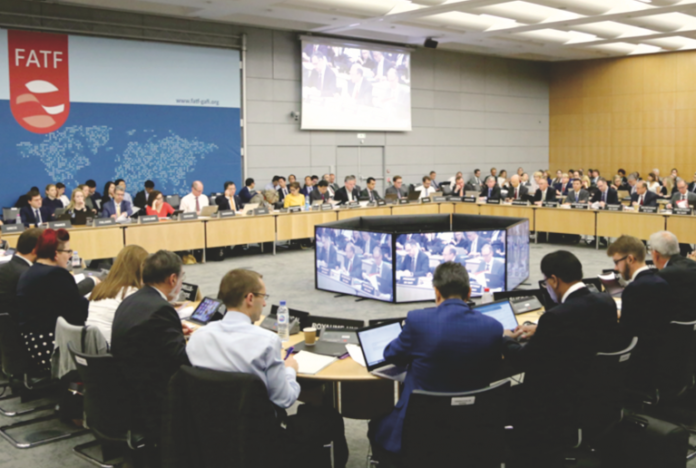 The Financial Action Task Force has finalized its requirements for the supervision and monitoring of cryptocurrency service providers. The inter-governmental body has reportedly urged all of its 35 member countries to regulate crypto exchanges in the same manner they regulate commercial banks.

Supervision standards for cryptocurrency exchanges were discussed at a Financial Action Task Force (FATF) meeting which took place in France on Feb. 22. Business Korea reported South Korea’s top financial regulator, the Financial Services Commission, describing on Tuesday after attending the meeting that the FATF will tighten the supervision standards on cryptocurrency exchanges. The publication elaborated:

The FATF urged the financial authorities of the member states to regulate cryptocurrency exchanges in the same manner they regulate commercial banks.

The task force asserted that these measures are necessary “in order to prevent cryptocurrencies from being misused for illegal transactions,” the news outlet conveyed.

An inter-governmental body established in 1989, the FATF sets standards and promotes effective implementation of legal, regulatory and operational measures for combating money laundering, terrorist financing and other related threats to the integrity of the international financial system. There are currently 35 member countries, plus Hong Kong, the European Commission and the Gulf Cooperation Council.

The FATF announced at the meeting that it had finalized “detailed implementation requirements for effective regulation and supervision / monitoring of virtual asset services providers.” The measures will be formally adopted as part of the FATF standards in June. The Financial Action Task Force explained:

For the purposes of applying the FATF recommendations, countries should consider virtual assets as ‘property,’ ‘proceeds,’ ‘funds,’ ‘funds or other assets,’ or other ‘corresponding value.’

Furthermore, “Countries should apply the relevant measures under the FATF recommendations to virtual assets and virtual asset service providers,” the task force detailed, emphasizing that the member countries should require these providers to “identify, assess, and take effective action to mitigate their money laundering and terrorist financing risks.” In addition, these providers “should be required to be licensed or registered.”

However, the FATF clarified that “A country need not impose a separate licensing or registration system with respect to natural or legal persons already licensed or registered as financial institutions” that are permitted to provide crypto asset services and are already subject to obligations under its recommendations.

What do you think of the FATF’s crypto regulatory guideline for its member countries? Let us know in the comments section below.

Images courtesy of Shutterstock and the FATF.