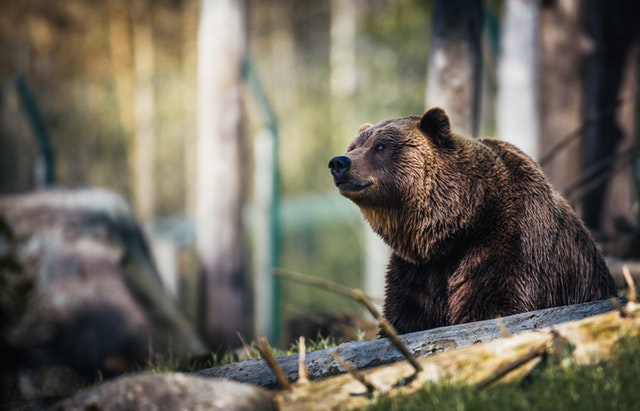 Cryptocurrencies have been experiencing a strong return of the bearish trend for weeks now, and only now does it show signs of weakening. However, experts believe that the situation will not repair itself so easily and that prices will remain low for a certain period.

However, when bear market strikes, the sentiment gets most bearish when the trend reaches the bottom. Everyone starts selling, and while short sellers can make a profit in this situation, analysts usually warn that the sale will only knock the prices down even further. Since most of the crypto-related news is already negative at this point, such predictions often make sense.

However, there is still one thing to keep in mind, which is the fact that when downtrend enters a capitulation, that often signals that a new bottom has been found. That is the perfect time to actually go against the bearish trend, and start buying. It is also a good opportunity to abandon the coins that seem too risky, and do not seem to have that bright of a future ahead of them.

Bitcoin has dropped by 87% from its all-time high, which it hit back in January. However, the rest of the market dropped with it, and it never lost its dominance, which still remains above 50% of the total market cap. In other words, while its price may have sunk to lows that were not seen for a while now, it still remains the market leader.

Finally, while cryptocurrencies are mostly trading in the red, which was the norm for the past several weeks — there are also some of them that are actually performing relatively well, considering the situation.

BNB exploded a week ago when the confirmation of Binance Chain went public. While the launch has yet to come, likely in a few months, the coin gained a lot of popularity instantly. The exchange’s CEO, Changpeng Zhao, even stated that he believes that crypto and blockchain are the future. In fact, he even predicts that a time will come when there will be thousands of blockchains and millions of coins and tokens.

The fact that Binance is expected to soon launch its own DEX has also helped boost BNB, and even the recent partnership with Tripio contributed significantly due to the fact that the coin will be used at nearly half a million hotel locations.

So, how did this affect the coin in the recent bear trend? At first, the coin lost over 50% of its value, and the bulls attempted to keep it from dropping lower than that. Eventually, it reached new lows on December 6th and 7th. Currently, BNB has a price of $4.78, and it holds the rank of 15 on the list of largest cryptocurrencies by market cap.

TRON has had quite a few announcements of its own recently, with the biggest one being about TRON joining Blockfolio Signal beta, posted by Justin Sun. Blockfolio is a well-known mobile crypto portfolio network that allows tracking and managing of crypto.

In addition, Justin Sun remains in a war with TRON’s competition — EOS and Ethereum. He even stated that his firm will create a fund that will take care of the competition’s developers after their platforms collapse.

During this Twitter war, TRON’s price was fighting a battle of its own, and in the past few days, it started dropping again, until it reached lows previously seen on November 25th. In fact, it was believed that, if TRX was to drop below $0.01089965 per coin, it would launch an entirely new downtrend that could potentially stretch all the way down to $0.00844479.

Luckily, this never happened, and the bulls even brought TRON back to its current price of $0.013286 per coin. The situation is expected to remain the same for a while until the final decision whether the coin will go down or up comes to pass.

XRP, formerly known as Ripple, has had a few things going for it during the previous several weeks. Despite the fact that the coin has been experiencing losses just like the rest of the market, it still managed to overtake Ethereum weeks ago, and it has held the second place ever since.

It was also announced that it will serve as the first crypto used for settlements in R3’s new Corda Settler dApp, while a renting platform Omni also announced a collaboration with Ripple in order to gain liquidity.

At the time of writing, XRP is one of several coins within the top 10 cryptos to be trading in the green. The coin has been gradually dropping ever since mid-November market crash, and it reached the lowest point on December 7th, when its price dropped down to $0.292392, Since then, a slight correction took place, and the coin is currently trading at $0.308162, with a 0.50% increase in the last 24 hours.

Tether has made a surprising comeback in terms of price, market cap, and even its position on the top 10 list. Prior to the market crash, many believed that Tether’s latest controversy will ruin the stablecoin and that is will be replaced by another. However, USDT managed to not only bring its value back to $1, but it also exceeded it and is currently priced at $1.02.

As mentioned, the coin also advanced to the fifth place on CoinMarketCap’s list of largest cryptocurrencies and is currently sitting comfortably between Bitcoin Cash (6th place) and Stellar (4th place). In terms of market cap, Tether and Bitcoin Cash are still relatively close, which does allow the possibility of BCH getting its old spot back at some point in the future.