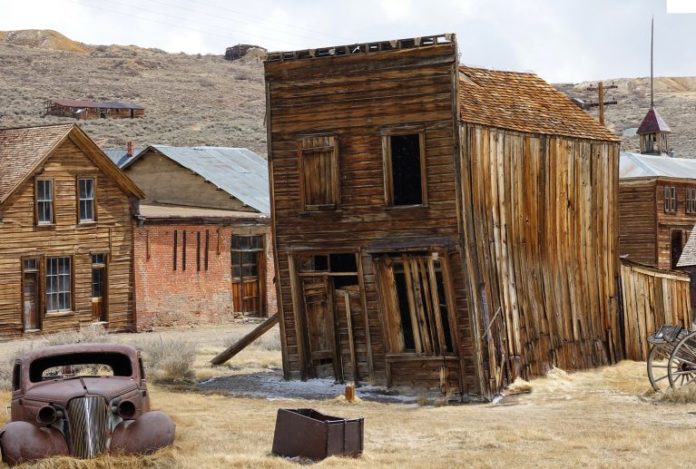 Cryptocurrency markets and the industry are extremely competitive and many users believe a single digital asset will reign someday, and that it may not be BTC. Over the last few years, many holders believe the assets they hold are bitcoin contenders with coins like IOTA, EOS, ADA, XRP, and XLM being popular choices. However many of these cryptocurrencies see very little use and have seen their price values slashed enough to make any holder cringe.

Recently the entire digital currency market capitalization has gained billions of dollars and a great number of people believe an “altcoin season” could happen before the next great bull run. There are definitely people who believe certain coins are BTC contenders. But belief is one thing and numbers often tell a different story as certain digital asset hopefuls are barely being used or have zero products.

The ones that are being used are significantly centralized, have frozen accounts, are plagued with bots and are still down more than 80% since their all-time price highs. Today we’re going to look at four specific digital currencies and see how they stack up to BTC’s market price and onchain performance. IOTA, EOS, ADA, and XLM have been hailed as bitcoin contenders in the past and data explains how they have been doing recently.

IOTA or MIOTA is a “transactional settlement and data transfer layer” aimed at tackling the Internet of Things (IoT). According to the white paper, the system uses a new type of distributed ledger technology called “Tangle.” Developers call the system revolutionary compared to traditional blockchains thanks to introducing new consensus mechanisms. However, the chain has had a myriad of issues including halting for 15 hours during the last week of December 2019.

At press time, IOTA is worth $0.33 per coin and the value is up 30% this year but it’s down 50% against BTC. IOTA reached an all-time high (ATH) of $5.69 per coin 779 days ago and it’s down 94% since that point. The digital asset has around $29 million in daily trade volume compared to BTC’s $5.6 billion in 24-hour trade volume. The IOTA Reddit community has around 113,000 subscribers and 122,000 Twitter followers. The crypto economics benchmark from Coindesk gives IOTA 6.74%, which is lower than usual in comparison to most other cryptos.

Right now lots of people take issue with the downtime and centralization tied to the IOTA Foundation and the current direction of the project. IOTA community member social media posts show they are infighting frequently and IOTA leaders are battling as well. The 24-hour transaction data for IOTA is not something recorded on most data sites including Coin Metrics and bitinfocharts.com.

EOS or the EOSIO platform is another form of distributed ledger technology that was supposed to outpace BTC in the eyes of a few EOS believers. The EOSIO platform was released by the private company Block.one and today EOS is the seventh-largest blockchain by market cap. On February 5, 2020, a single EOS is trading for $4.49 and there is $701 million in reported 24-hour global trade volume. At today’s market prices EOS is down 80% from its ATH of $22.89 per coin.

As far as transactions per day are concerned, EOS has processed 1.7 million transactions in the last 24-hours according to Coin Metrics data. BTC has consistently held a rough average of 300,000 transactions per day since June. Despite the fact that 1.7 million per day is a lot more than BTC’s daily transaction output, skeptics estimate a great sum of EOS transactions are misleading and done by bots. Anchain.ai, an artificial intelligence security company published a report in the summer of 2019 that said a good majority of transaction volume stems from “malicious bot activity” on dapps (decentralized apps) and exchanges.

EOS is accused of the significant centralization of block producers and these entities have been scrutinized for “freezing” accounts. A great majority of block producers stem from China as well. The firm Whiteblock published a report that described the EOS chain as nothing more than a “cloud service for computation.” The EOS Reddit community has around 69,000 subscribers and the project has about 1,400 Twitter followers. This gives the project a social benchmark of around 4.4% according to crypto-economics data.

Stellar is a distributed ledger protocol that allows for digital currency to fiat money transfers and cross-border payments. The network is a fork of the Ripple (XRP) project and was initiated in 2014 by Jed McCaleb. Today, Stellar (XLM) is the 14th largest market cap and each XLM is trading for $0.06 per coin.

According to Coin Metric’s data, XLM has around 600,00 to 1.4 million transactions per day, which is larger than BTC’s 300,000 transactions per day average. Stellar’s social community has a 12% social benchmark with 106,000 Reddit subscribers and 280,000 Twitter followers. Similarly to XRP, the XLM chain has had its share of centralization controversies. In mid-December 2019, Stellar tried to give away 2 billion XLM, but alleged spammers made it difficult. So after they advertised the 2 billion lumen airdrop, Stellar only gave away 300 million.

A few months prior in May, Stellar’s chain stopped processing transactions for an hour. Researchers Minjeong Kim, Yujin Kwon, and Yongdae Kim predicted the outage a month before the chain halted. XLM touched an ATH at $0.93 per token and from that price point, the cryptocurrency is still down 92% today.

Lastly, the project Cardano (ADA) has been considered a bitcoin competitor since the project launched. ADA sees around 1-2,000 transactions per day according to Coin Metrics data. The project is a blockchain concept that was developed by Input Output Hong Kong (IOHK) and aims to offer smart contract services.

The Cardano project has a social benchmark of around 11% with 76,000 Reddit subscribers and 155,000 Twitter followers. The biggest issues people have with Cardano is the lack of usage and use cases. The community has also had difficulties in the past with the Cardano Foundation chairman. Users also complained about the time it took to develop the Daedalus wallet, as people had to store ADA on exchanges prior to its release.

ADA touched an all-time high in 2017 reaching $1.33 per coin and the asset is still down 95% from that price high. The asset saw around $32 million in 24-hour trade volume during the first week of February 2020. This month at $0.05 per ADA, the cryptocurrency is up 56% in the last year as the price sunk much lower during the crypto winter of 2018.

Overall, the data concerning these projects shows each one has certain pros and cons against BTC, but they certainly have a long way to go to even step near the biggest network’s coattails.

Do you think these four coins can compete against bitcoin? Do you consider them contenders? Let us know why you think that or what you think about this topic in the comments section below.

Disclaimer: Price articles and market updates are intended for informational purposes only and should not be considered as trading advice. Neither Bitcoin.com nor the author is responsible for any losses or gains, as the ultimate decision to conduct a trade is made by the reader. Always remember that only those in possession of the private keys are in control of the “money.” Cryptocurrency prices referenced in this article were recorded on February 5, 2020.

The post 4 ‘Bitcoin Contenders’ With Zero Use Cases and Barely Any Infrastructure appeared first on Bitcoin News.