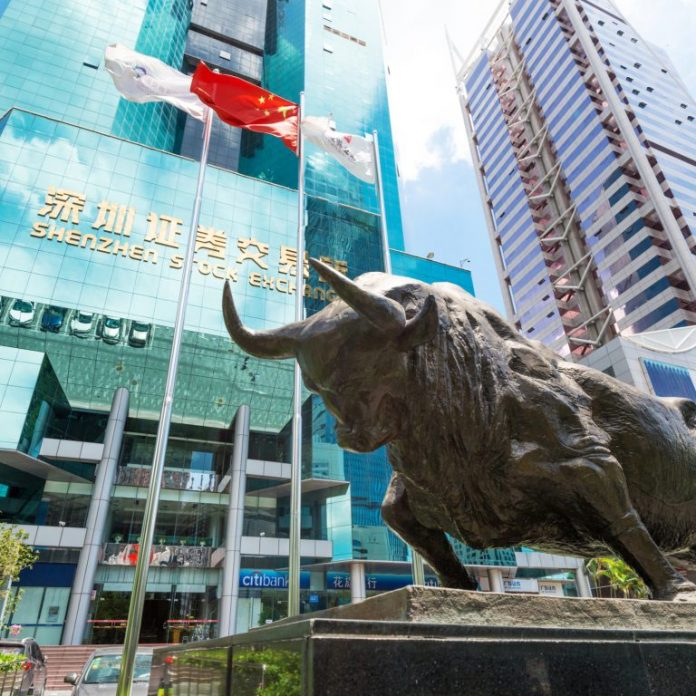 According to Chinese state media, the Shanghai and Shenzhen stock exchanges have carried out investigations into 30 percent of companies listed on their exchanges that are performing operations pertaining to distributed ledger technology (DLT). Of the companies investigated, less than half were able to demonstrate applications for blockchain technology. The recent speculative frenzy surrounding cryptocurrencies has led to a number of businesses seeking to associate their operations with virtual currencies and DLT. In many cases, the purported foray into blockchain has appeared dubious at best, despite many companies seeing dramatic volatility in the price of their shares, buoyed by news of blockchain adoption.

Chinese state-operated media outlet Securities Daily estimates that 80 public companies listed on the exchanges purport to have included DLT in their business model. Of the 80 companies, 56 have seen a rise in price, placing blockchain among the few sectors to be performing well in the two cities.

Data produced by Hithink Flush Information Network has indicated that 70 of the 80 blockchain-related stocks have seen price moves meeting the daily limit 10 percent price volatility during 2018, seven of which exceeded the limit more than 10 times this year. 23 of the 80 DLT companies have been directly investigated by the Shenzhen and Shanghai stock exchanges. Two thirds of the examinations took place during the first quarter of 2018.

According to Sina, the exchanges’ investigations predominantly sought to ascertain “the specific model of the blockchain business, including application scenarios and profit models,” and potential “operational risks” that may arise as a consequence of adopting DLT.

When asked to demonstrate the results of their blockchain operations, the companies are reported to have most frequently used the words “exploration” and “research,” with 13 of the 23 companies suspected of having sought to associate themselves with blockchain solely to drive speculation while failing to evidence applications for DLT.

What is your response to the exchanges’ findings that the majority of companies seeking to ride the blockchain bandwagon have no intention of delivering products and applications built on the technology? Share your thoughts in the comments section below!