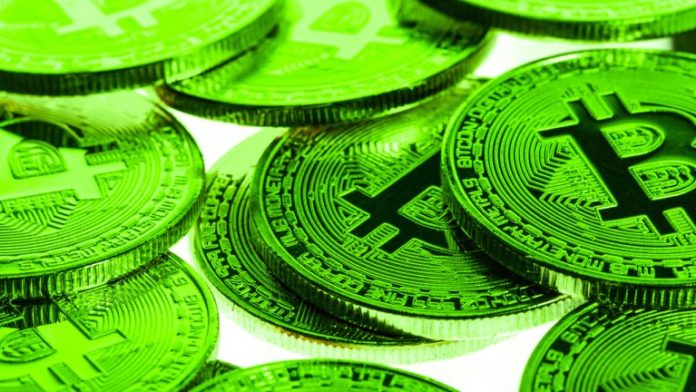 On June 24, a Reddit post had a few Bitcoin Cash proponents discussing a number of privacy enhancements BCH supporters can leverage every time they transact. The Bitcoin Cash enthusiast, Mr. Zwet’s r/btc post explained how BCH supporters can use tools like Cashfusion, Cashshuffle, Schnorr Signatures, Local.Bitcoin.com, Neutrino Wallet, and a number of Electron Cash plugins that bolster confidential transactions. The following report is a comprehensive look at all of the tools and services that protect a BCH user’s transactional data.

Not that many people are aware of the fact that the Bitcoin Cash ecosystem has a number of tools and services that cushion a person’s privacy. Cryptocurrency privacy is very important to BCH supporters, as there have been many dedicated efforts to making the digital asset even more privacy-centric. On Wednesday, a well known BCH fan called Mr. Zwets published a picture and description of a bunch of privacy-enhancing tools BCH proponents can leverage today. The first is Cashshuffle, a platform that Mr. Zwets calls “a trustless version of coinjoin usable today in the Electron Cash wallet for increased privacy.” People who want to utilize Cashshuffle can do so today, in order to help obfuscate their BCH transactions. So far, since March 27, 2019, there have been 54,202 shuffles to-date, and that consists of 253,751 BCH or $59.2 million.

Cashshuffle is used a lot, as shuffle volume plus daily counts show that the weekends are the most popular shuffling times. Cashshuffle was officially launched in March 2019 and the code also was reviewed by Kudelski Security. Bitcoin Cash proponents who want to leverage the Cashshuffle application can do so by visiting the website cashshuffle.com.

Cashfusion is an extension of Cashshuffle and is more advanced privacy-wise. The Cashusion protocol has been heralded as “far more practical than other coinjoin protocols” by even few BTC maximalists. Cashfusion will also undergo a security audit from the well known firm Kudelski Security and Mr. Zwet’s Reddit thread shows the audit began in May 2020.

Since November 28, 2019, there have been 5333 Fusions and 49,106 BCH total fused ($11.4 million). The reason for the added privacy, in contrast to using Cashshuffle, is due to the fact that Cashfusion abandoned the idea of equal outputs. For instance, Electron Cash developer Jonald Fyookball published a paper about the combinatoric math in Cashfusion.

“In Cashfusion, we have opted to abandon the equal-amount concept altogether. While this is at first glance no different than the old naive schemes, mathematical analysis shows it in fact becomes highly private by simply increasing the numbers of inputs and outputs,” a quote in Fyookball’s paper from software developer Mark Lundeberg stressed.

“For example, with hundreds of inputs and outputs, it is not just computationally impractical to iterate through all partitions, but even with infinite computing power, one would find a large number of valid partitions,” the developer added.

Schnorr Signatures is another privacy-enhancing method that is not used as much for privacy right now as Cashshuffle and Cashfusion. However, there have been a few private transaction examples created by Mark Lundeberg and other developers, and in the future, Schnorr Signatures should bolster BCH privacy even more so. Mr. Zwets says “Schnorr Signatures were added to BCH over a year ago and allow for more private transactions as explained by Mark Lundeberg here.” After the last Schnorr related upgrade and other Schnorr-enhanced forks going forward, the scheme could provide for public signature aggregation and more complex sign-to-contract concepts.

Mr. Zwets also mentioned the platform Neutrino Wallet, “a privacy-focused mobile wallet for Bitcoin Cash that does not expose a list of your addresses to third parties and allows for connection using Tor.” Users can download the wallet at the website neutrino.cash, which links the Google Play Neutrino download package. Neutrino was built by the developers who work on the Bitcoin Cash full node project BCHD, and the wallet is named after the subatomic particle which is extremely hard to detect.

Another privacy bolstering platform Mr. Zwets included was Local.Bitcoin.com, “a service to buy and sell BCH peer-to-peer without any middlemen.”

“It is possible because of a new BCH opcode called Checksigverify that allows for more complex smart contracts,” explains Mr. Zwets Reddit post.

Bitcoin.com launched its over-the-counter BCH marketplace on June 4, 2019, and tens of thousands of traders have signed up since then. Some of the most popular Local.Bitcoin.com trading regions include the U.S., China, Venezuela, Russia, Australia, New Zealand, and various countries throughout Europe.

In addition to the tools and platforms mentioned above, Mr. Zwets described a number of other examples that can help with privacy. “Crescent Cash is a BCH wallet with SLP token support for android,” Zwets said on Wednesday. “It is privacy-focused in that it is the first wallet to supports using a BIP47 reusable payment code as a cashaccount. It also generates new addresses each time both for BCH and SLP, while also allowing for a connection using Tor, UTXO management and the ability to connect your own full node,” he added.

The Electron Cash wallet apart from supporting Cashshuffle, Tor, UTXO management, and more it also allows the user to install extra plugins. Some of them are privacy-oriented like the Interwallet Transfer Plugin other plugins allow us to build special transactions using smart contracts.

What do you think about all the Bitcoin Cash privacy-oriented tools and platforms available? Let us know in the comments section below.

The post 6 Privacy-Enhancing Tools That Place Bitcoin Cash Transactions Ahead of the Pack appeared first on Bitcoin News.

Bitcoin faced a harsh rejection at $9,800 yesterday that has since caused it to form a strong short-term downtrend. This...