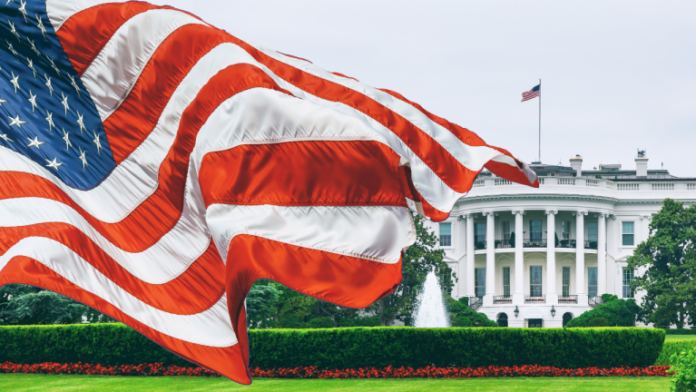 Six stimulus packages have been proposed to provide second stimulus checks for Americans. The latest proposal came from the White House on Friday. Several stimulus bills are being discussed as Americans hope to soon receive another round of direct payments to help them through the coronavirus pandemic-led economic crisis.

6 Stimulus Packages Proposed With Second Round of Stimulus Checks

Americans are waiting for Congress to pass a stimulus package with direct payments as many are suffering due to the coronavirus-led economic crisis. Since the CARES Act provided the first round of stimulus checks, a number of stimulus relief aid packages have been proposed with similar direct payments to Americans. The latest proposal came from the White House on Friday.

After the $3.4 trillion Heroes Act which provides a second round of stimulus checks for American was stalled in the Senate, a revised version of the Act was introduced at the end of September with the same direct payment proposal. This bill, which is expected to cost about $2.2 trillion, has been approved by House Democrats. Since its introduction, House Speaker Nancy Pelosi has been in constant discussion with Treasury Secretary Steven Mnuchin on the bill.

However, the two could not come to an agreement so far and Mnuchin proposed a $1.6 trillion stimulus package counteroffer. According to Mnuchin, his proposal is similar to a $1.5 trillion stimulus proposal by the Problem Solvers Caucus, a 50-member bipartisan group, which also provides for $1,200 direct payments to Americans.

As talks between Mnuchin and Pelosi heated up, President Donald Trump made a surprise move to call off stimulus negotiations between Democrats and Republicans until after the election. However, hours later, he called on Congress to approve a stand-alone stimulus bill to immediately give stimulus checks to Americans. Pelosi refused to consider this stand-alone bill.

As stimulus negotiations between Democrats and Republicans resumed, with Pelosi pushing for the $2.2 trillion Heroes Act, the White House announced Friday that it has increased its stimulus package offer to $1.8 trillion, which Trump has approved. This latest proposal also contains another round of $1,200 direct payments to Americans. Trump tweeted Friday, “Covid relief negotiations are moving along. Go big.”

However, in a letter to her caucus on Saturday, Pelosi called the White House’s plan “insufficient” and said it amounted to “one step forward, two steps back.” Sources also told NBC News that Senate Republicans have expressed opposition to this offer in a call on Saturday with Mnuchin and White House Chief of Staff Mark Meadows. Pelosi claims that the Trump administration’s proposal lacks a strategic plan to contain the spread of coronavirus and has inadequate funding for state and local governments and financial relief for American families.

Time is running out for Congress to pass a stimulus package before the November presidential election. Senate Majority Leader Mitch McConnell said Friday that a coronavirus stimulus relief aid approval is “unlikely in the next three weeks.” Not only must Pelosi and Mnuchin agree on a deal and finalize a stimulus bill, but the bill would also have to go through both the Democratic-held House and GOP-controlled Senate.

Federal Reserve Chairman Jerome Powell urged Congress last week to pass more fiscal stimulus. He warned that failing to do so could “lead to a weak recovery, creating unnecessary hardship for households and businesses,” emphasizing his view that Congress had a limited risk of “overdoing” relief.

Meanwhile, Pelosi has questioned Trump’s health following the president testing positive for coronavirus. She indicated her intention to discuss the 25th Amendment which allows for the vice president to become acting president if it is determined that the president “is unable to discharge the powers and duties of his office.”

Do you think a stimulus package will be approved before the election? Let us know in the comments section below.

The post 6 Stimulus Packages Have Been Proposed to Provide Second Direct Payments to Americans appeared first on Bitcoin News.