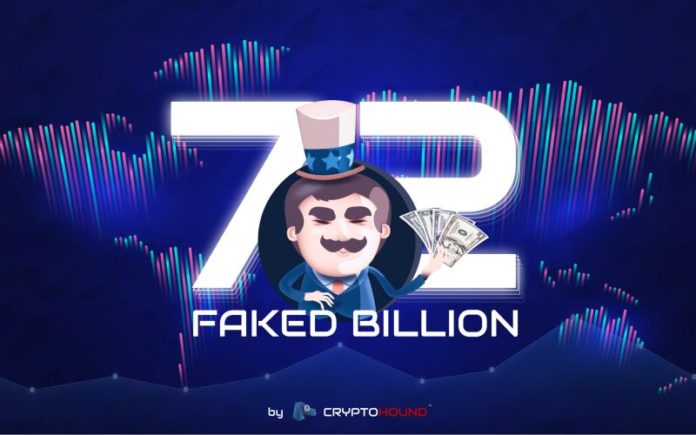 Running a cryptocurrency exchange is a troublesome business. Lack of regulation, money laundering, listings of questionable cryptocurrencies — this is just a short list of their problems. Nevertheless, none of these stop both established and freshman platforms from earning millions of dollars.

Exchanges are in the spotlight of the cryptocurrency market and, for better or for worse, they are mostly associated with negative news. In the first quarter of 2019 alone, hackers managed to steal $365 million from trading platforms. One of those hacked was no less a platform than Binance, one of the largest crypto exchanges in the world.

And hacking is just one danger. Customers of Canadian exchange QuadrigaCX lost $145 million in cryptocurrency due to mismanagement and possible fraud.

At the same time, bitcoin exchanges are constantly under fire for faking trading volumes, which critics say could constitute up to 90% of the overall market turnaround.

Even so, the continued flow of new players to the market is just one piece of evidence that the rewards of crypto outweigh the problems. With the right approach, it is possible for a crypto exchange to earn hundreds of millions of dollars in profit. Even traditional companies can’t resist such an opportunity.

This spring saw a number of big-name corporations announce plans to enter crypto business. At the end of May, another player with roots in traditional business got into the list of cryptocurrency exchanges: Yahoo announced the launch of its own trading platform, Taotao, in Japan.

Last year, Yahoo acquired a 40% stake in BitARG, the exchange that later became Taotao. The remaining 60% of the platform’s shares are owned by CMD Lab.

Taotao is a fully regulated bitcoin exchange with a license from the Japanese Financial Service Agency. So far, the platform offers only trading with bitcoin, ethereum, ripple, litecoin, and bitcoin cash. Professional traders, however, can enjoy margin trading with XRP, LTC, and BTC. Taotao promises to improve functionality and expand its list of trading pairs in the future.

Taotao is just one example of how new players, even those from the traditional sphere, can successfully enter the crypto industry. In reality, most platforms out there are much smaller that Taotao. There are dozens of small, local crypto exchanges, the opening of which is difficult to track.

Given the profitability of the crypto business, it is likely that this influx of new players will continue.

Billions of dollars in profit

Cryptocurrency exchanges do not publish financial statements and reports. Therefore, it’s hard to track their incomes and expenditures. However, it is possible to understand how much they earn by looking at the self-reporting of industry leaders.

Last October, Bloomberg reported that Coinbase, one of the oldest trading services, planned to earn $1.3 billion in revenue in 2018. This figure was slightly higher than the $1 billion profit Coinbase made in 2017, according to its own reports.

So far the company also hasn’t disclosed figures for last year, but according to a Reuters study, the revenue stood at $520 million for the entire year.

Of course, this is a fraction of the stated goal. But it is worth remembering that in 2018 the crypto market collapsed. At the beginning of the last year, the BTC price had reached its peak of almost $18,000 and dropped to $3,700 by January 2019, according to Coinmarketcap — a 79% decrease. Other coins followed the BTC trend, in some cases decreasing by 99%.

The bears on the market also hit trading volume lows. According to Coincheckup, the global daily trading volume was $68 billion in early January 2018. Already in 2019, that number had decreased to $12 billion. In the case of Coinbase, most of its revenue had come from trading fees. Fewer people making trades meant fewer trading fees, which led to an overall decrease in profit to the platform over the previous year.

Nevertheless, considering the market collapse and volatile environment on the crypto market, $520 million is an impressive result.

Coinbase is not the only platform to make a profit. Binance, another large cryptocurrency exchange, received a net profit of $446 million in 2018, according to The Block. Binance was posed to beat their record from the previous year, earning $78 million in net profit in the first quarter of 2019 — 66% more than the quarter before.

Binance, like Coinbase and most other crypto exchanges, earn most of their profits from trading fees. But platforms are earning on other types of services, as well. For example, crypto projects pay servicing fees to list their coins. Large players, as a rule, select coins cautiously, but there are also a lot of exchanges that are ready to add to the listing even a bald scam, as long as they are paid.

If you look at the revenues, it may seem that crypto exchanges are an easy business. In reality, they struggle to survive in an industry in which there is almost no regulation and is rife with hackers and scammers.

That $365 million that hackers managed to steal from exchanges in the first quarter of 2019 is just the tip of the crypto iceberg. In May, hackers attacked Binance, a cryptocurrency exchange which had managed to avoid security breaches for a long time. Now, the company is recovering from losses of more than $40 million in BTC and the attackers are still at large.

Sometimes the exchanges themselves act as fraudsters. For example, in early 2019, the Canadian cryptocurrency exchange QuadrigaCX announced the death of its CEO Gerald Cotten. Allegedly, he alone had access to the cold wallets of the company, where the clients’ cryptocurrency, worth $145 million, was kept. An independent investigation by Ernst & Young revealed that in fact, Quadriga’s wallets were emptied long before the CEO’s death, and auditors still haven’t found the money. Customers were left with nothing.

Fake trading volumes are another long-standing issue of the cryptocurrency exchanges market. To attract more customers and sign coins for listing, trading platforms must show that they have large volumes (customers making trades). In reality, crypto exchanges all too often simply fake their volumes and report false numbers.

In March, Bitwise published a report on this topic. The company looked only at the BTC trading figures. It turned out that 95% of the declared volumes are faked. For example, at that time, the average daily trading volume of BTC, according to Coinmarketcap, stood at $6 billion. Only $273 million of them was the real volumes, Bitwise says.

Moreover, this number was concentrated among just 10 crypto exchanges. Among them are Coinbase, Bitfinex, Gemini, and Binance.

Bitwise is not the only company that has come out with such conclusions. In March, The Tie determined that 87% of all trading volumes were fake. Crypto Integrity almost at the same time stated that fake volumes account for 88% of all turnover on the exchanges. If we trust even the lowest of these estimates, then $70.4 billion of the current $81 billion total trading volumes is fake.

While exchanges are ignoring this research, Coinmarketcap — one of the most popular trackers in the crypto industry — has promised to revise its methodology in order to more accurately gauge genuine trading volumes.

If we imagine that Coinmarketcap’s data is trustworthy, we can determine the 10 largest crypto exchanges by the average daily trading volume. At the beginning of June 2019, their combined volumes exceeded $17 billion, which represents 20% of the global turnover.
Cryptocurrency exchange OKEx comes in the first place by this indicator, with a daily volume of $2.4 billion. Binance ranks second.

It is noteworthy that the list looked quite different at this time in June 2018. At that time, it included only four crypto exchanges from the current list: Binance, OKEx, Huobi, and Bit-z. The combined average daily volume of them stood at just $6.2 billion, which is almost three times less than this year.

The cryptocurrency exchanges market is a tough industry, and money isn’t easily earned. At the same time, the business is rewarding, if a company gets certain things right. For Binance, which appeared only in 2017, two years was sufficient for it to become one of the most popular and profitable exchanges in the world.

But making money isn’t the only thing crypto exchanges need to worry about. There are many dishonest practices on the market, not to mention hacker attacks. Sooner or later, the industry will have to stop concealing the problems and begin to solve them if it wants to continue to develop.

The signals are all growing louder for Bitcoin price as a bigger move to the downside appears to be building....