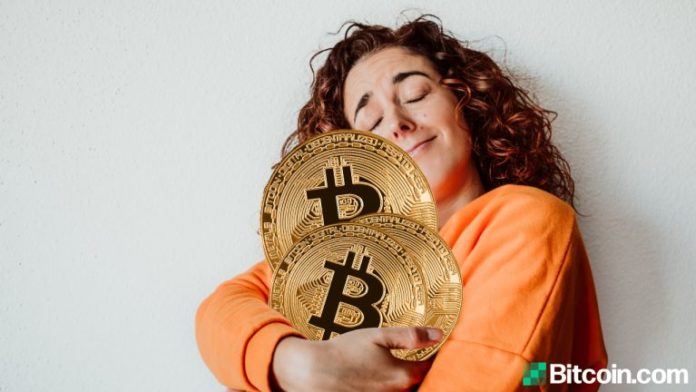 A new poll finds that 72% of bitcoin investors are bullish about the cryptocurrency and will hold onto it even if the price somehow falls to zero. A total of 22,635 votes were gathered for this survey.

Most Bitcoin Investors Would Hodl Regardless of the Price

Twitter user Plan B, known for his stock-to-flow price prediction model, has conducted a Twitter poll to establish when bitcoin investors will sell their BTC if the price does not increase. The poll concluded on Saturday and 22,635 votes were counted in total.

“You are probably bullish on bitcoin but what if BTC price does not increase sharply next years? When will you sell?” Plan B asked his followers. Among respondents, 72.1% answered that they will hold onto their BTC regardless of the price, riding it to $0 if needs be. “Super proud that 72% of my followers are hard core hodlers,” Plan B commented on the outcome. “Bitcoin goes to $million+ or to ‘zero’ and we ride it all the way. Vision, conviction and patience is the name of the game. Even if there is only 1% chance of $1 million BTC, it is worth it (the option argument).”

Some people volunteered their reasons for hodling BTC even if the price spirals downward. “I’m bullish on bitcoin. But even if it goes close to zero, I’ll still hodl or buy more, it’s a non correlated asset (hedge) for all my other investments/capital,” one Twitter user wrote. Another noted that when bitcoin becomes “the defacto global reserve there is no reason to sell, only to use.”

Last month, gold bug Peter Schiff conducted a similar survey. “How much longer does the price of bitcoin have to say below $10,000 before you will throw in the towel and sell?” Schiff asked his followers. Out of 28,168 total votes, 57.5% of respondents chose “I’m taking it to my grave.”

Meanwhile, a growing number of institutional investors are buying bitcoin. Nasdaq-listed company Microstrategy announced last week that it had purchased $250 million worth of bitcoins. Recently, the U.S. Office of the Comptroller of the Currency (OCC) clarified that national banks and federal savings associations are authorized to provide custody services to customers.

How far does the price of bitcoin have to fall before you sell? Let us know in the comments section below.

The post 72% of Investors Will Hold Bitcoin Even if Price Falls to $0 appeared first on Bitcoin News.