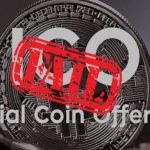 2017 was the year that saw an explosion in ICOs, bringing new startup ideas and billions of dollars into the crypto industry. However, more than half of all ICOs from that time have crashed and burned, some within the span of a few months.

We will take a look into the biggest ICO failures to have happened in the entire crypto history.

Ethereum’s DAO is probably the best known of ICO failures. DAO, the Decentralized Autonomous Organization, rallied up a lot of support and enthusiasm from the crypto community.

DAO promised a new decentralized business model which could be implemented by commercial and non-profit enterprises in their management. The ICO itself was a success, as it managed to raise $168 million, which was a record figure at that time.

But just a few months later, hackers exploited a vulnerability in the code of the DAO smart contract, which allowed them to siphon nearly one-third of the funds. After news of the hack reached public ears, the DAO tokens were dumped immediately, which plunged the project into depths from which it could not recover.

OneCoin was one of the worst ICO failures of 2017, as it featured all the signs of a scam, from its inception right until its downfall. Not many details are available, as there is no actual information to prove that any tokens were created.

Its team had no design or prototype of a product or service to show to their investors. Also, the lead members of the team had previous affiliations with other scam projects. Its founder and COO, Dr. Ruja Ignatov, is suspected of forging her qualifications on the company’s website. The website was another red flag; it did not have proper spelling and it was littered with technical issues. All these signs convinced investors that OneCoin was a multi-level marketing Ponzi scheme.

But some investors were fooled, OneCoin scamming them out of $350 million. This prompted Indian authorities to raid a OneCoin meeting, in which 18 members were arrested. Another clear sign was that they accepted fiat currency from investors, not Bitcoin or Ethereum, like most ICOs.

Other ICO failures are not due to them being scams, but due to human error. In this category falls Enigma. It is a coin which focuses on cryptography and security, promising new encryption methods. But in an ironic twist of fate, Enigma’s mailing list, website, and Slack accounts were all hacked before the company launched their official ICO. This happened because Enigma CEO Guy Zizkind’s account did not have two-factor authentication set up.

Hackers used Slack to promote a fake early ICO round. Many investors caught on the email was a scam, but others were duped and they gave $500,000 worth of Ethereum to the hackers. This discouraged many from reinvesting.

Droplex was an obvious scam that tried to pass off as an ICO. Its whitepaper was copy-pasted from another project’s whitepaper known as QRL. The only modification they made was that they replaced the word “QRL” with “Droplex.”

But that wasn’t the only thing Droplex plagiarized from QRL. They copied even their Github repository. After people began noticing the similarities, Droplex modified the repository but did not add any new code for months. Fortunately, Droplex was exposed early enough, with only 25K being stolen by the scammers.

CoinDash was another ICO project that fell victim to a hack which robbed them of $ 7million. CoinDash had raised $7.53 million in their ICO. The Ethereum address to which users sent funds was replaced with a fake one by a hacker, and thus the ETH funds were diverted to another wallet.

fake address. But the investors that lost their funds are accusing the company that the hack was just a cover-up for an inside job.

SwissCoin was a fraudulent ICO that was seized by Ukrainian national authorities, as its creators were suspected of stealing investments worth more than $500,000.

SwissCoin said that they would develop a system of global, instant, and cheap payments, but no whitepaper was made available, and there was nothing known about its developers.

PayCoin was launched in 2014 by Joshua Garza, the founder of GAW miners, another alleged Ponzi scheme. But PayCoin seemed to have a more promising whitepaper, which discussed the development of a new type of cryptocurrency.

When its ICO sale started, its developers issued a generic altcoin copy that had no real use other than gaining market value. Garza also made fake claims that each coin would be offered at $20 and that the project had a reserve of $100 million. PayCoin also boasted they had their own cloud-based mining and wallet services, but none of these claims was true.

After its launch, the coin’s market value collapsed and the team didn’t keep its promises. Garza was ordered to report to prison on January 4, 2019, as SEC declared PayCoin a Ponzi scheme.

SpaceBit is one of those ICO failures that attracted a lot of attention in the beginning, but then just faded away. “The first decentralized space company”, as they called themselves, launched their idea in 2014.

However, in early 2015, the project’s team members have abandoned SpaceBit and started working on a new Blockchain company called BlockVerify.

Some ICO failures happened because the projects are obvious scams; others because they lost all investors’ funds or trust because of a massive hack, and some just fail because there is too much competition. But, regardless of the reason, many investors have lost their money in ICO projects that looked promising.