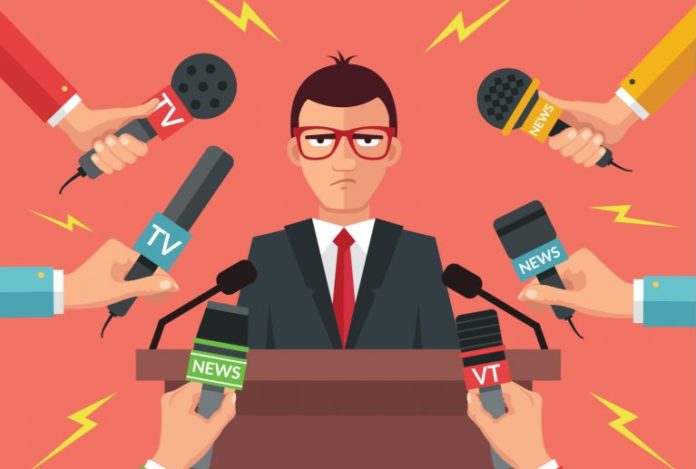 The best thing about Facebook’s proposed digital currency isn’t its BTF consensus algorithm, account-based data model or single Merkle tree structure. No, the greatest thing about Libra has to be the triggered reactions from politicians and bankers who can sense the rug being pulled from under their feet, threatening their hegemony and upending their world view. Here are eight memorable quotes from incensed officials.

Project Libra Has the Elite up in Arms

“Big tech in finance: opportunities and risks,” a report by the Bank for International Settlements (BIS):

It’s very important for [Facebook] to stop right now what they’re doing so that we can get a handle on this. We’ve got to protect our consumers. We just can’t allow them to go to Switzerland with all of its associates and begin to compete with the dollar.

Translation: “The U.S. dollar is the only permissible global currency.” Reserve Bank of Australia (RBA) Chief Philip Lowe: cryptocurrencies “would not take off” in Australia because “we already have a very, very efficient electronic payments system that allows anyone of us to make bank payments to another person … There are a lot of regulatory issues that need to be addressed and [Facebook have] got to make sure there’s a solid business case.”

Facebook is already too big and too powerful, and it has used that power to exploit users’ data without protecting their privacy. We cannot allow Facebook to run a risky new cryptocurrency out of a Swiss bank account without oversight.

U.S. Senator Elizabeth Warren: “Facebook has too much power and a terrible track record when it comes to protecting our private information. We need to hold them accountable—not give them the chance to access even more user data. #BreakUpBigTech.”

French Finance Minister Bruno Le Maire: “It is out of the question’’ that Libra can “become a sovereign currency. It can’t and it must not happen.”

Multinational corporations such as Facebook must not be allowed to operate in a regulatory nirvana when introducing virtual currencies.

Felix Hufeld, President of German Federal Financial Supervisory Authority (BaFin): “We certainly can not just watch [Libra’s development]. We will have to respond appropriately in any way.” There Are No Brakes on the Cryptocurrency Train

Some of the criticism leveled against Project Libra is verging on the hysterical, but in other cases, it is well founded. Facebook’s proposed digital currency may succeed, or it may be shut down before it has a chance to blossom. Regardless of the outcome, there can be no stopping the revolution that Bitcoin started. The death knell has been sounded for national fiat currencies and the rulers who wantonly debase them. The future of money will be digital and it will not be controlled by the state. As a wise man once wrote, “If you don’t believe me or don’t get it, I don’t have time to try to convince you, sorry.”

What are your thoughts on Project Libra? Let us know in the comments section below.

The use of digital assets to make payments is growing, according to a recently published study. It reveals that cryptocurrency’s...