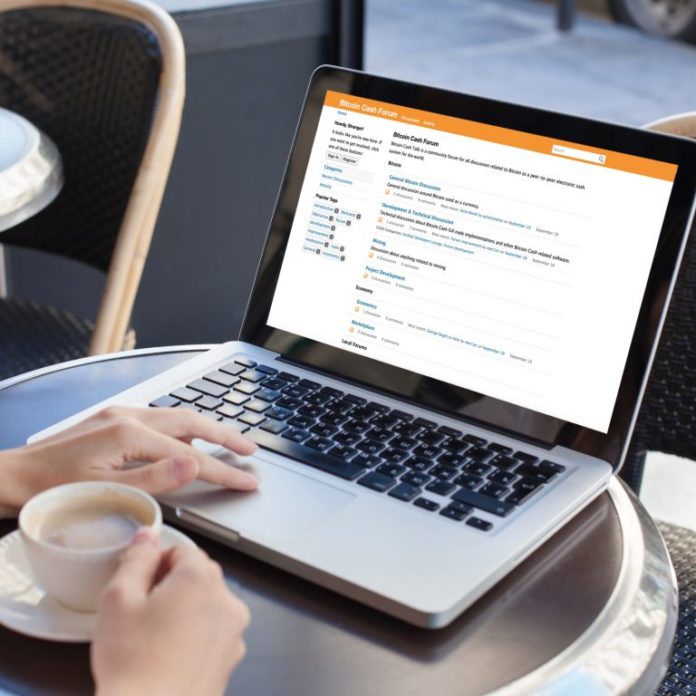 Over the past few years, there’s been a big problem with cryptocurrency related forums and censorship. This week an independent and uncensored version of Bitcointalk has launched called Bitcoincashtalk.org.

Bitcoincashtalk.org: Another Uncensored Forum for Bitcoin Proponents to Freely Discuss and Debate This Innovative Technology When it comes to cryptocurrencies enthusiasts like to discuss the technology regularly on social media and forums. Nearly every digital asset has its own forum but over the last few years, two of the largest Bitcoin-based forums (coincidentally owned by the same individual) have been plagued with censorship in regard to the scaling debate. For instance, thousands of users have been banned on the Reddit forum r/bitcoin and the web portal Bitcointalk.org for merely speaking about a different opinion concerning scaling the Bitcoin Network. Then thousands of Reddit users and Bitcointalk.org users have also been banned for failing to toe the party line.

Just yesterday someone was banned for posting on r/bitcoin for simply asking in a post “What is the recommended procedure to safely update a bitcoin node if I have a Lightning node with channels open?” R/bitcoin moderators banned the user and called the individual a “low-effort concern troll, lying, spreading malicious propaganda, obvious Bcash shill.” In response to the extreme prejudice and censorship, many bitcoin users have shifted to other forums on the web. Now, this week an independent and uncensored version of Bitcointalk.org has launched called Bitcoincashtalk.org.

“This forum is aiming to gather software developers, businesses, enthusiasts — Anyone interested in a decentralized peer-to-peer digital currency for a free world or believes in everyone’s right to privacy is welcome,” explains the forum’s creator.

Free speech is a core value for Bitcoincashtalk.org, any discussion is allowed as long as you respect the non-aggression principle and the forum rules.

Bitcoincashtalk has a variety of sections available for all types of topics and the site’s feel is similar to the Bitcointalk.org portal. There’s a General discussion about Bitcoin, a technical discussion area about BCH full node implementations and other Bitcoin Cash related software topics.

Registered Bitcoincashtalk users can converse about mining, project development, economics and information on cryptocurrency marketplaces. There’s also a local forums area in different languages such as Spanish, Turkish, Russian, Japanese and Chinese. Lastly similarly to Bitcointalk there’s a subforum for discussions about alternative currencies and other types of blockchain-related projects.

Bitcoin Cash proponents enjoyed the idea of a new website like Bitcoincashtalk in addition to some of the other forums online. For example, over 223,000 users utilize the second most active Bitcoin-related forum on Reddit called r/btc. There’s also the Bitcoin.com forum which allows for uncensored discussion concerning Bitcoin technology and other related cryptocurrency and blockchain solutions. The forum.Bitcoin.com has multiple sections for open discussions and provides over 30 different languages too. Bitcoincashtalk is just another avenue for Bitcoin technology proponents to meet and discuss various topics surrounding this innovative ecosystem.

Images via Shutterstock, Pixabay, and Bitcoincashtalk.org

Where will Tron (TRX) be when we land in the same month next year?

The volatility of the crypto market has made it quite difficult to predict the outcome of what prices will become....