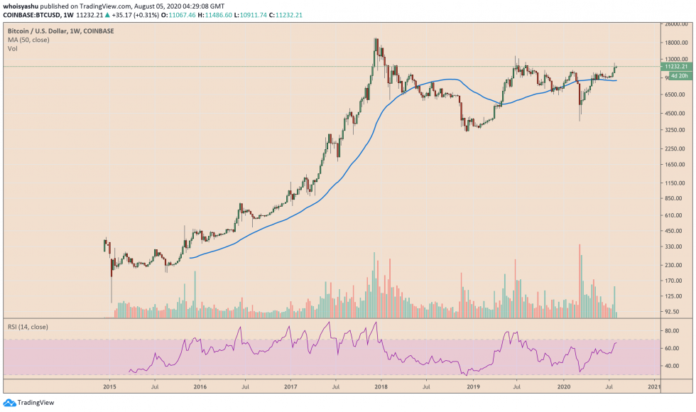 Bitcoin hit $12,000 earlier this week, a year-to-date high driven by daunted bond yields and worries over the impact of COVID on the global economy.

Bitcoin is picking momentum as bids for safe-haven assets increase against fears of inflation. Source: TradingView.com

The 64.97 percent rally this year made Bitcoin one of the world’s profitable assets, reflecting concerns among investors over the Federal Reserve’s commitment of keeping interest rates lower near zero, as well as the impact of trillions of dollars of aid from the US government.

The Real Bitcoin Bulls are Staying

Moving forward, the very dovish factors that helped to push Bitcoin higher earlier this year expect to extend their stay. A CNBC report published Wednesday highlighted the Fed’s need to tolerate its inflation target of 2 percent in the coming years, with some analysts pointing to levels even beyond the said threshold.

The forward guidance could hit the cable by as soon as September. It would take cues from the Fed’s chairman Jerome Powell’s last week’s statement. He noted that the committee would enforce its current policy framework for as much as a year.

But with the unemployment rate now above the Great Depression levels, it would take years to Fed to hit its 2 percent inflation target.

According to Krishna Guha, head of global policy and central bank strategy at Evercore ISI, Powell’s office would appear more dovish than the Janet Yellen’s one, who kept rates near zero for as much as six years after the Great Depression. That gives investors a long time to restructure their portfolios to favor anti-inflation assets such as gold and Bitcoin.

The latest data shows a growing accumulation for safe-havens. Investors moved a total of $7.4 billion of cash into gold-backed ETFs in July, according to data fetched by the World Gold Council. That was atop the $40 billion they invested during the first half of 2020.

Meanwhile, Bitcoin futures listed on the Chicago Mercantile Exchange reported an increase in their open interest and volume earlier this week. They hit a one-year high above $700 million. 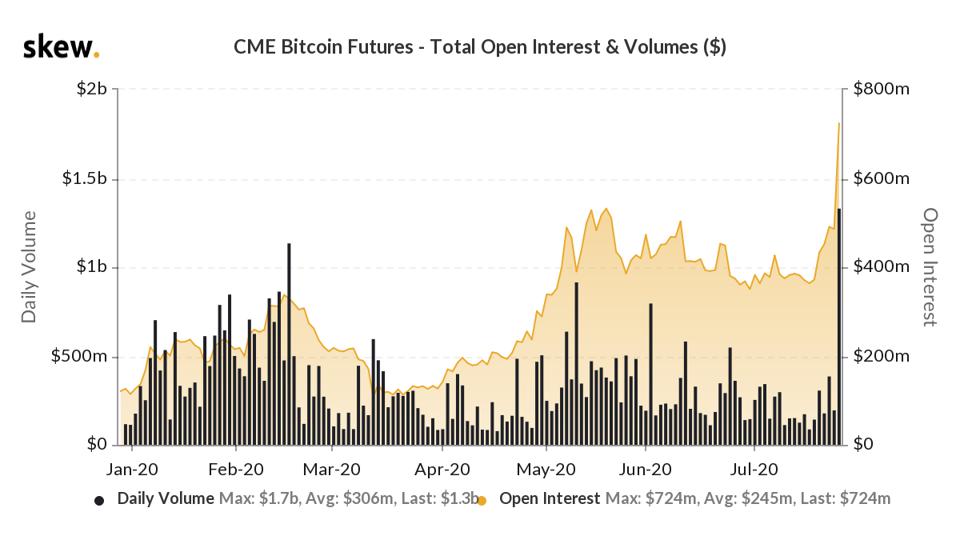 On the other hand, the assets under management (AUM) of the Grayscale Bitcoin Trust also reached its all-time high. It happened following the firm’s accumulation of $5.1 billion worth of Bitcoin. In its latest financial report, it stated that inflows into their crypto-investment products has crossed $1 billion in the first half of 2020.

It is “demonstrating sustained demand for digital asset exposure despite a backdrop characterized by economic uncertainty,” read the Grayscale report.

Ronnie Moas, the founder of Standpoint Research, sees the ongoing trend as a catalyst that could propel Bitcoin price above its all-time high of $20,000.

“Bitcoin will double before S&P-500 hits 4,000 – all but guaranteed,” he tweeted. “Portfolio Managers need to wake up and smell the coffee.”

The Global Rental Token (GRT) project is an international brokerage service for the rental industry. The project is based on...