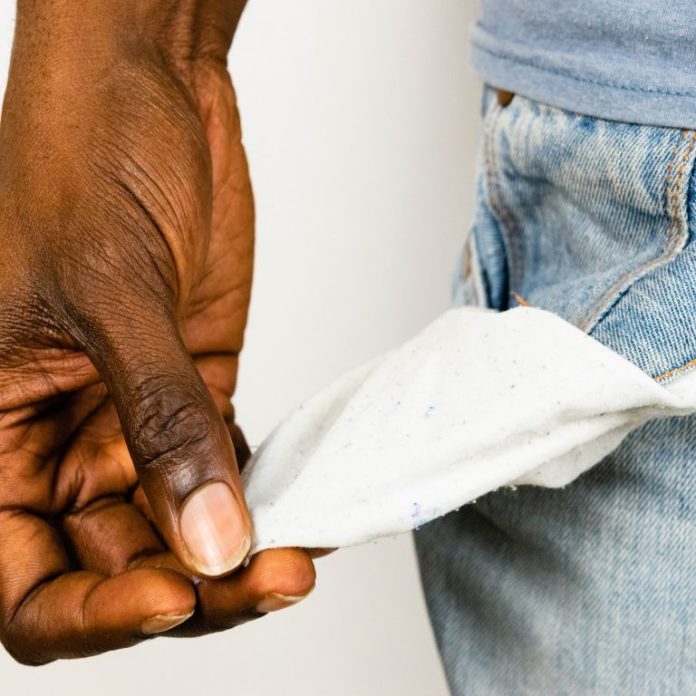 Unrestricted access to financial services is one of the main preconditions for achieving economic freedom. However, large portions of the planet’s population, especially in the developing world, remain excluded from the traditional banking system. The number of the unbanked or underbanked citizens of the industrialized, digitized nations is also unexpectedly high, now when almost everyone, everywhere has a smartphone in their pocket.

Women and the Poor Less Likely to Have a Bank Account Cryptocurrencies offer an alternative path, a fast track to financial inclusion. Unfortunately, instead of facilitating it, overly worried states, authorities and regulators often hamper the economic emancipation of those whose interests they are supposed to uphold. Trying to please political powers, many banks around the world have been busy raising barriers to both individuals and businesses dealing with cryptocurrency. That’s not to say they’ve done enough to broaden the availability of their fiat-related financial services and products.

Statistics from a number of sources, multiple reports and analyses show that the share of the financially excluded members of societies remains large, despite some positive trends recently. The spread of mobile phones and improved access to the internet have accelerated financial inclusion – over 500 million adults have opened bank accounts since 2014 – but this process develops unevenly across different regions and countries, according to a report by the World Bank.

The Global Findex Database 2017, a study on how people in 144 economies use financial services which was published in the spring of this year, shows that almost a third of the planet’s population remains unbanked. 69% of adults now have an account at a bank or with a mobile money provider. However, while the global number of account holders has increased significantly from 62% in 2014, the progress in nations, characterized by large disparities between men and women, where the gap remains unchanged year after year, and between rich and poor, has been much slower.

Regions That Suffer the Most From Exclusion Mobile money services have had a positive effect on financial inclusion in Sub-Saharan Africa. The number of people using them has doubled in three years but, nevertheless, remains very low – at 21%, while the share of adults holding accounts with a traditional financial institution stays flat. A fifth of the populations in 8 countries – Burkina Faso, Côte d’Ivoire, Gabon, Kenya, Senegal, Tanzania, Uganda, and Zimbabwe ­– use only mobile money accounts. Still, 95 million unbanked adults in the region, receive only cash payments for agricultural products, for example. In North Africa and the Middle East, there is another problem – only 35% of women have an account, the largest gender gap among all studied regions. Also, up to 20 million unbanked adults send or receive domestic remittances using only cash or over-the-counter services.

In Europe and Central Asia, account ownership has increased to 65% in 2017, driven largely by digital government payments of wages, pensions, and social benefits – 17% of the holders opened their first account to receive government payments. At the same time, 40% of the people are currently not making or receiving digital payments. In South Asia, 30% of the adults do not have a banking account. India is a notable exception, with 80% of Indians having an account with a financial institution. In East Asia and the Pacific, however, the growth in account ownership has stagnated during the researched period – close to 30% of the people in the region remain unbanked. Less than half of Indonesians, whose country has actually scored an increase, currently have an account. Digital financial transactions have accelerated in China, where the share of account owners using the internet to pay bills or purchase goods more than doubled – to 57 percent. The People’s Republic has witnessed the rapid growth of mobile payment services like Alipay and Wechat Pay, while authorities have escalated the crackdown on crypto-related activities. Statistical data shows, however, that over 400 million account owners in the region still pay their utility bills in cash, despite the fact that 95% of them have a mobile phone.

More than half of the adults living in Latin America and the Caribbean own a mobile phone and have access to the internet, which is 15% more than the developing world average. Despite that, only about 20% of account holders in countries like Argentina and Brazil use their mobile devices or the World Wide Web to make financial transactions. By digitizing cash wage payments, the World Bank says, businesses could expand account ownership to up to 30 million currently unbanked adults. Almost 90 percent of them own a mobile phone, according to the report.

The Land of Opportunities Isn’t Faring Much Better Well, you would’ve thought that the situation is way better in developed economies like the US, but it actually isn’t that different. When the level of development of financial services is taken into account, results should be much more encouraging. According to a detailed report from 2016, produced by the Federal Deposit Insurance Corporation, 7% of American households are unbanked – yes, that’s households, not individuals. The unbanked black households, however, were over 18% of the total, more than 16% among Hispanic households. Unbanked rates for Asian households actually increased during the examined two-year period, from 2.2 to 4%.

According to another study, a report by the Corporation for Enterprise Development titled “The Most Unbanked Places in America”, almost 18% of US households are ‘underbanked’ – the term describes people with insufficient access to mainstream financial products such as credit cards and loans. Lacking proper access to common services from retail banks, many of these citizens are often heavily reliant on micro-finance services such as those offered by loan sharks and pawnbrokers. According to the authors, cities where over a fifth of the residents do not have bank accounts include Miami (Florida), Detroit (Michigan), and Newark (New Jersey).

Do you think cryptocurrencies can significantly improve financial inclusion? Share your thoughts on the subject in the comments section below.

Ripple XRP HODLers will get rewarded for all the courageousness

Ripple has been faced with lots of challenges in regards to the debate on whether it is a security or...