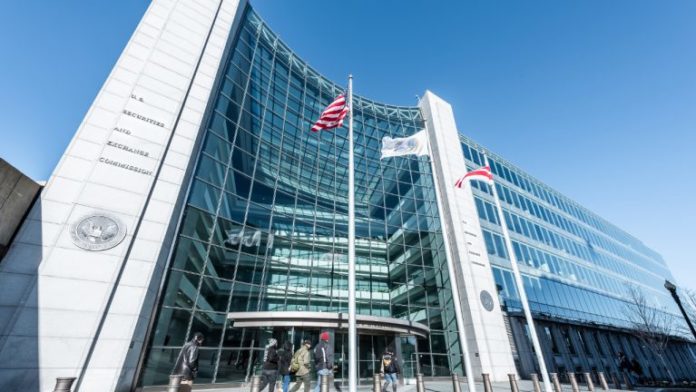 Abra cryptocurrency app has been charged by two U.S. regulators: the Securities and Exchange Commission (SEC) and the Commodity Futures Trading Commission (CFTC). The company has agreed to cease-and-desist orders as well as fines. The SEC says Abra’s employees “effected thousands of stock and ETF purchases in the U.S. to hedge the contracts.”

Abra Crypto App Sanctioned in the US

The SEC and CFTC independently announced on Monday that they have sanctioned California-based crypto app Abra and its related firm, Plutus Technologies Philippines Corp. d/b/a Abra International of the Philippines.

The SEC described in its order that it has charged Abra and the Philippine company “for unregistered security-based swap transactions.” The two companies were allegedly “offering and selling security-based swaps to retail investors without registration” and they failed “to transact those swaps on a registered national exchange,” the order details.

The securities regulator explained, “Abra developed and owns an app that enabled users to bet on price movements of … stocks and exchange-traded fund (ETF) shares trading in the U.S.,” elaborating:

Abra told users they could choose securities whose performance they wanted to mirror, and the value of their contract would go up or down the same amount as the price of the underlying security.

According to the SEC, these contracts were security-based swaps subject to U.S. securities laws. They are offered to retail investors, but “Abra took no steps to determine whether users who downloaded the app were ‘eligible contract participants’ as defined by the securities laws,” the SEC alleged. While Abra has moved certain operations abroad, the SEC says that Abra’s employees in California “designed and marketed the swap contracts, and screened and approved users who would be allowed to buy the contracts.” The securities regulator added:

The order further finds that Abra’s U.S.-based employees effected thousands of stock and ETF purchases in the U.S. to hedge the contracts.

“Without admitting or denying the findings in the order, Abra and Plutus agreed to a cease-and-desist order and to pay a combined penalty of $150,000,” the SEC order describes.

Meanwhile, the CFTC has separately sanctioned the two companies “for entering into illegal off-exchange swaps in digital assets and foreign currency with U.S. and overseas customers and registration violations.” The CFTC order also requires them to “pay a $150,000 civil monetary penalty and to cease and desist from further violations of the Commodity Exchange Act (CEA).” Effectively, Abra will pay $300,000 in civil penalties in total.

Abra CEO Bill Barhydt tweeted Monday that “Abra’s business is doing very well with our loyal US users leading the way. We have users in 100 countries with people making $ millions in deposits via bank, stablecoin, bitcoin, credit card, and over 50 other cryptocurrencies.” However, he would not comment on the SEC order.

What do you think about the SEC and CFTC charging Abra? Let us know in the comments section below.

The post Abra Crypto App Charged by SEC for Transactions Affecting Thousands of US Stock and ETF Purchases appeared first on Bitcoin News.

Ethereum has been flashing mixed signs to investors throughout the past several days and weeks After seeing some turbulence yesterday,...