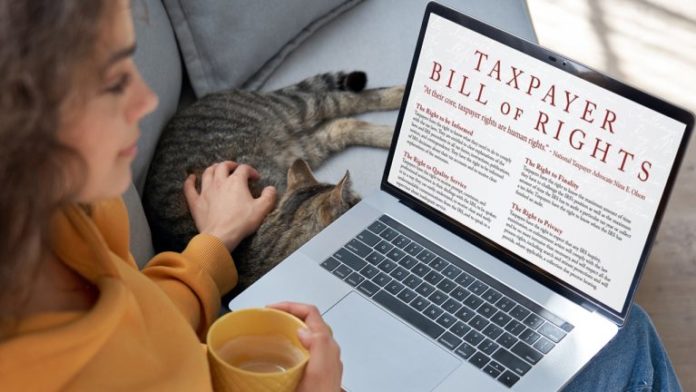 Close to a year ago last July, the U.S. Internal Revenue Service (IRS) revealed it would be sending ‘soft letters’ to suspected American cryptocurrency owners advising them to pay their taxes. Now according to the Taxpayer Advocate Service, a subsidiary of the IRS, the soft letters undermined the rights and protections of American taxpayers. The advocacy group stressed that specifically IRS Letter 6173, essentially violated tenets within the Taxpayer Bill of Rights.

The U.S. government has been cracking down on digital currency operations and users for a few years now. Last year, the American tax agency, the IRS, detailed it would be investigating a number of taxpayers who allegedly owned virtual assets like bitcoin, but didn’t pay the appropriate taxes. The announcement was initiated on July 26, 2019, when IRS Commissioner Chuck Rettig explained that through compliance efforts, the IRS managed to collect over 10,000 names. Three types of soft letters were sent to the 10,000 American taxpayers by the end of August 2019.

“Taxpayers should take these letters very seriously by reviewing their tax filings and when appropriate, amend past returns and pay back taxes, interest, and penalties,” IRS Commissioner Chuck Rettig insisted. “The IRS is expanding our efforts involving virtual currency, including increased use of data analytics. We are focused on enforcing the law and helping taxpayers fully understand and meet their obligations.”

However, Erin M. Collins, from the tax agency’s Taxpayer Advocate Service, recently published a letter on June 29, that notes the virtual currency soft letters violated the Taxpayer Bill of Rights. The letter from Collins claims that specifically, the Letter 6173 warnings undermined the rights and protections of American taxpayers.

“It is the National Taxpayer Advocate’s position that these intrusive requests violate taxpayers’ rights and should not appear in any soft letters or communications outside the examination process,” explains the Taxpayer Advocate Service. The letter called “2021 Objectives Report to Congress” further notes:

The objectives report for 2021 highlights that Letter 6173 goes against the written principles documented within the Taxpayer Bill of Rights. One of the most fundamental rights written in the Taxpayer Bill of Rights is the right to privacy, which is protected in section 14 of the Constitution. The Taxpayer Advocate Service often identifies systemic problems that exist within the confines of the IRS infrastructure and enforcement methods.

“The request for an explanation made outside the audit process burdens taxpayers who believe they are compliant and undermines their rights to be informed and to privacy, which includes the right to expect that any IRS inquiry will be no more intrusive than necessary,” the Taxpayer Advocate Service said. The 2021 objectives report concluded by highlighting:

The taxpayer may find it necessary to hire representation to review his or her records to provide a complete response and then still be subject to an examination later, long after the taxpayer’s response, for which the taxpayer may again need representation. Letter 6173 is not consistent with the protections afforded taxpayers. The request for a sworn written statement should be removed from Letter 6173.

Essentially, Collins and the Taxpayer Advocate Service plans to remedy this situation by the fiscal year 2021. The agency intends to work toward removing burdens imposed on taxpayers who believe they are compliant.

The watchdog aims to work with the IRS by encouraging guidance and positive incentives for taxpayers who receive Letters 6173, 6174, and 6174-A. The Taxpayer Advocate Service hopes to “work with the IRS on future soft letters to eliminate burdens on taxpayers by protecting their rights.”

What do you think about the 2021 objectives letter from the Taxpayer Advocate Service? Let us know what you think in the comments section below.

Today, big banks across the globe begin revealing quarterly revenue results that could send the stock market tumbling. And given...