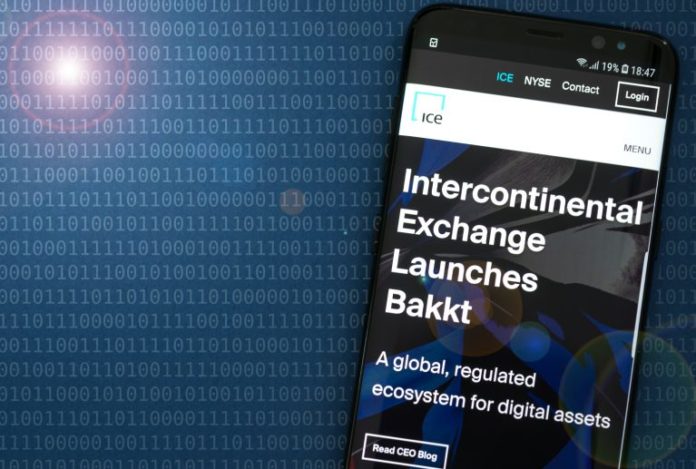 Following the all-time record of 1,179 contracts on October 25, Mike Blandina, Bakkt’s chief product officer, revealed the firm is launching another strategy after announcing its December options launch. Bakkt is releasing a consumer application so retail investors can “unlock the value of digital assets” via consumer payments.

Bakkt’s physically-settled bitcoin futures contracts have been steadily gaining interest as the market has seen a few new records since launching. On October 11, Bakkt revealed it had conducted its first block trade while also seeing a 796% jump in futures trade volume in a one intra-day trading session. A little more than a week later, Bakkt contracts reached another milestone with 640 BTC swapped on October 23.

Both times, the rise in futures interest on Bakkt followed the enormous price drops BTC felt in the last few weeks. Then, after BTC and the rest of the cryptoconomy jumped 20% higher or more the following day, Bakkt again broke records. This time Bakkt volumes saw 1,179 contracts on October 25 and volumes that followed have been much stronger. After Bakkt’s new record, Mike Blandina, Bakkt’s chief product officer, told the public about a new consumer application the firm is releasing in 2020.

“We’ll be launching a consumer app to make it easy for consumers to discover and unlock the value of digital assets, as well as ways in which they can transact or track them. Merchants gain access to a broader set of customers with expanded spending power,” Blandina’s blog post announcement details. Blandina said that Bakkt wants to strengthen four key areas within the cryptocurrency ecosystem. Frictionless digital asset infrastructure, marketplace accessibility, a trustworthy brand, and a noncustodial solution “with the concept of a consumer-driven platform that offers the ultimate control over their digital assets.”

Derivatives markets in the crypto space are not the only part of the industry Bakkt wants to tackle, and by 2020 the company hopes to launch the new cryptocurrency-centric consumer app. “Over the last year, we’ve assembled a strong team of payments engineers and are nearing completion of our core payments and compliance platform,” Blandina stressed. Bakkt’s chief product officer added:

We’re now focused on the development of the consumer app and merchant portal, as well as testing with our first launch partner, Starbucks, which we expect in the first half of next year.

The news follows Fidelity Investment’s recent announcement when reporters from the Financial Times (FT) disclosed that “Fidelity has rolled out its cryptocurrency custody business.” The firm’s cryptocurrency unit was revealed in 2018 and according to FT: “[Fidelity Digital Asset Services (FDAS)] is now engaged in a full rollout of its custody and trading services for digital assets.” Bakkt executive Blandina underlined that the “core tenet” of Bakkt’s strategy was similar by “unlocking the value of digital assets” through consumer payments. Blandina concluded by explaining interested parties can sign up now for early access to the Bakkt consumer application.

What do you think about Bakkt announcing a new consumer-driven application dedicated to digital currencies? Let us know what you think about this subject in the comments section below.

Chinese President Xi Jinping’s pro-blockchain comments were credited as the main reason behind the crypto market rally that has defied...