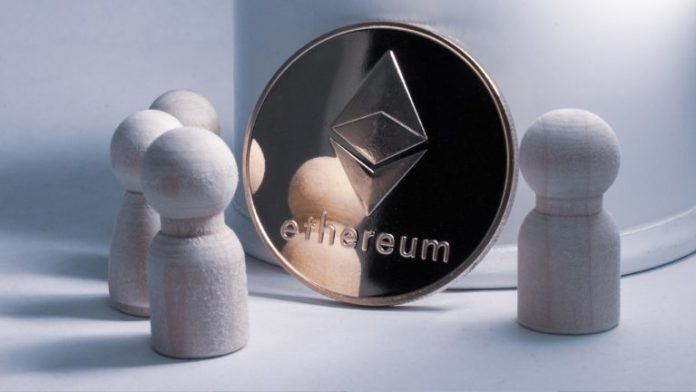 Data now shows that the aggregate market valuation for all the ERC20 tokens in existence has surpassed the market capitalization of Ethereum’s native coins. According to data, the net worth of the ERC20 token ecosystem is roughly $2.5 billion larger than the $26.7 billion Ethereum valuation.

The cryptocurrency community has been discussing the aggregate market valuation for all the ERC20 tokens ever created versus the Ethereum market capitalization.

For instance, the Defiant News contributor, Camila Russo, tweeted about how ERC20 tokens recorded on Etherscan surpassed the net worth of all the native ethereum (ETH) coins in circulation.

“Looks like total ERC20 tokens market cap has surpassed ETH market cap,” Russo tweeted on July 13. She also shared a Google document that has been recording the market valuations of ERC20 tokens. “I think there was a Coin Metrics chart tracking this?” she asked her Twitter followers. Russo’s figures on Monday showed the combined market cap of all the ERC20 tokens was around $33 billion, while her ETH market cap measurement was $27 billion.

Coin Metrics’ official Twitter account responded to Russo’s question and said “There sure is Camila Russo.” The researchers from Coin Metrics also shared the chart that was indeed tracking the aggregate worth of all the ERC20 tokens, in contrast to Ethereum’s market capitalization.

The Coin Metrics data may not have all the ERC20 tokens listed within it’s aggregate compared to the Google document shared by Russo.

According to Coin Metrics chart, the combined total of all the ERC20 market caps measured $29.2 billion, while Ethereum’s valuation is measured at $26.7 billion on July 13, 2020.

After Russo shared the information, a number of cryptocurrency proponents discussed the matter. Using Coin Metrics data, the combined market cap of all the ERC20s plus Ethereum’s valuation would be $55.9 billion. The market valuation of BTC is $169 billion, which means the aggregate of both ETH and ERC20 economies is around $113 billion shy of catching up with BTC.

In fact, the cumulative total of all the ERC20 tokens is extremely close to outpacing the third through the tenth-largest market positions combined.

Responding to Russo’s tweet, Jeff Dorman, from the investment management firm Arca said that “ETH vs ERC20 tokens can be compared to gold vs gold miners.”

“Gold-mining stocks have very high betas to gold, so if you are bullish on gold, you’re often better off owning miner stocks. Similarly, owning high-beta ERC-20 tokens may be a better way to bet on ETH’s success.”

What do you think about the aggregate market capitalization of all the ERC20 tokens in existence? Let us know what you think in the comments section below.

After another failed breakout attempt, Bitcoin is once again hovering just above its crucial $9,200 support The entire crypto market...