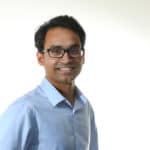 Decentralized app (dApp) platforms seem to be running into issue after issue lately. Many have trouble scaling while others have seen some nasty bugs due to smart contract vulnerabilities. The Zilliqa team is aiming to turn that around. Zilliqa implements sharding, alongside its own programming language, Scilla, to bring forward a more secure, scalable blockchain.

This week, CoinCentral’s Steven Buchko had the pleasure of speaking with Amrit Kumar, the President and Chief Scientific Officer of Zilliqa. They discussed blockchain privacy, advice for the industry, and the issues in the smart contract landscape today, among other topics. Read on below:

In a ​recent interview​, you mentioned that you started out as a postdoc researching privacy-enhancing technologies for blockchains. What are your thoughts on the current landscape for those technologies and the privacy coins implementing them?

Privacy-preserving and privacy-friendly technologies have definitely made their way into blockchains.

Several projects such as Monero, ZCash, and MimbleWimble are good examples which have implemented privacy technologies in different forms. They can help anonymize the sender of a transaction, hide the amount transacted among, etc.

In parallel, we are also witnessing a lot of tooling being developed specifically around zkSNARKs – a privacy-preserving technology to prove the knowledge of certain secret data. With zkSNARKs and similar cryptographic primitives, the reach of privacy is being pushed beyond simple payments to running smart contract transactions. It is interesting to see that many of these privacy technologies can actually be used for other purposes such as scaling.

zkSNARKs are being adopted by several projects to be used for scaling and not necessarily for privacy. This clearly shows that many of the underlying primitives in privacy coins have much broader applications than just privacy.

Regarding smart contract development, what issues do you see in traditional programming languages like Javascript, and why do you feel that even Ethereum’s Solidity still falls short?

It’s important to recognize that ten years on, the blockchain industry is still largely in the process of determining and establishing the best practices – be it the best infrastructure to use for a particular use case, or in this case, the best programming language to design smart contracts. That being said, in this nascent stage, the current infrastructures we have at our disposal are but a work-in-progress.

Legacy programming languages, especially Javascript, have the benefit of being regarded as the “gateway” language for newcomers looking to acquire skills in coding. Widely known and applicable to different areas of computer science, Javascript significantly lowers the barriers to entry for an area of the field that’s regarded as highly complex. With its emphasis on usability, the use of Javascript as a native programming language on any platform will be highly beneficial as a project looks to build up their community as they onboard new developers.

Similarly, a language like Ethereum’s Solidity was equally designed with usability in mind, making it the most popular programming language for smart contract design.

However, history has shown that the language itself was not designed with safety in mind. With incidents such as the DAO and Parity hacks, where wrongfully-inputted code resulted in the loss of significant amounts of money, we can see that greater security is needed at the language level.

With mainstream adoption as the long-term goal of every project in the space, a greater emphasis needs to be made on developing secure-by-design infrastructures. In order to enable far-reaching solutions enabled by smart contracts, be it in the financial services sector or healthcare, where significant volumes of currency or sensitive data are transacted, security ​must​ come first.

At Zilliqa, we’ve tried to address this problem by developing our own smart contract language, Scilla, which was designed with functional programming language principles in mind. In so doing, developers will be able to leverage mathematical proofs in order to ensure that their contracts are provably correct.

This is only one approach, and I’m certain that there will be many others, as more projects look to develop far more security-oriented solutions. While we cannot downplay the value of languages such as Javascript and Solidity, and how they’ve largely shaped the trajectory of smart contract development, it’s clear that our path as an industry doesn’t end there.

As we look to establish best practices going forward, language designers will be able to glean from past experiences and develop even something better – a language that provides better security while allowing for expressivity and tractability.

Sharding is at the crux of Zilliqa’s design. We know that higher throughput is a significant value-add, but what are some of the potential downsides?

If you compare a sharded architecture with a non-sharded architecture (such as Ethereum in its current form), there is a drop in decentralization for sure, as in a sharded network only a subset of nodes from the entire network processes a given transaction. However, if the size of that subset of nodes is sufficiently large, then the level of decentralization should be acceptable. Zilliqa, for instance, requires that number to be 600 nodes.

You released the Zilliqa mainnet this year. Which dApps excite you the most?

Unstoppable domains is a project running on the Zilliqa mainnet which I am really excited about, particularly from the user experience perspective. They are building a naming registration service to replace long hexadecimal account addresses with simple human-readable names. This project is important to make it easier for the non-blockchain crowd to own blockchain-backed assets and transfer them around.

Other than Zilliqa, which blockchain projects interest you the most?

Within a rapidly developing space, it’s been exciting to witness the ongoing research and development across the industry. In the past few years, there’s been a lot of exciting developments being made in the respective Bitcoin and Ethereum ecosystems when it comes to areas such as governance, scalability, and consensus algorithms. More specifically, however, I’ve also been interested in some of the more recently-launched projects that are shifting towards more privacy-oriented offerings as well as layer-2 (off-chain) solutions.

As a researcher and an academic at heart, I find that critical, albeit constructive, feedback is necessary to facilitate growth. Ongoing, consistent improvement should be the goal.

That being said, having entered this fast-paced industry where entrepreneurship, innovation, and technical excellence are so valued, it’s easy to forget that we’ve only just started.

I personally would like to thank you for your feedback. I really appreciate it, I indeed do. Having said that, I do disagree on a couple of points. Personally speaking, as a researcher, all I care about is critical feedback. I already know what I am good at. https://t.co/rcD9FsDLNJ

Within an inherently volatile space, where cryptocurrencies are still treated as a speculative asset, it can be frustrating to many that a lot of the work being done behind the scenes isn’t always translated to the price movements of a token, and I understand that. However, it also bears consideration that there are larger macroeconomic factors at play, be it regulatory developments or even regulatory sentiments as a whole.

The entrance of traditional players in the space can equally shift prices, as we saw with Facebook’s launch of Calibra and the launch of the Libra Association. Ultimately, it all boils down to sentiment.

Beyond this, it’s important to remember that disruption is a two-way street. We might be changing the way things are done in certain industries, but by partnering with traditional leaders in these verticals, they add the legitimacy and contribute to the wider attitudinal shifts taking place on a grand scale. In partnering with legacy companies or publicly listed organizations, this means taking a more measured approach to how announcements are shared and news is disseminated throughout the space.

What’s next for Zilliqa?

Last month, we announced our first foray into the payments space by way of our partnership with Xfers, a FinTech payments solution provider. As one of the leading payments platforms for online businesses and end-users in Singapore and Indonesia, as well as the first non-government company in Singapore to become accredited by the Monetary Authority of Singapore as a Widely Accepted Stored Value Facility (WA SVF), we’re excited to be supporting them as they explore the potential of distributed ledger technology in this next phase of transaction growth.

Beyond this, we have some exciting announcements in the pipeline for this month, so watch this space!

On the tech front, we have a tech-heavy roadmap for the next 8-12 months working on improving the infrastructure that we have already built by adding new features to it. We will also be working very extensively on toolchains and making dapp development on Zilliqa as easy as possible.

Thank you, Amrit, for your time and insight!

The post Amrit Kumar on Smart Contract Security, Blockchain Sentiment, and the Future of Zilliqa appeared first on CoinCentral.