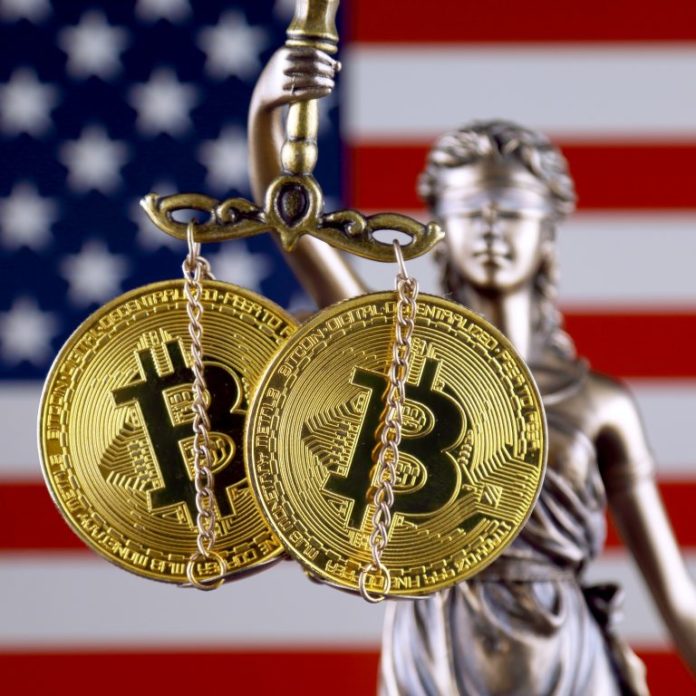 Last year the U.S. Securities Exchange Commission took enforcement action against initial coin offerings and other crypto companies perpetrating fraud. Many believe 2019 will be the year when regulators clamp down on rogue cryptocurrency operators. Here we decode the overlapping and occasionally contradictory stance taken by U.S. regulators, and consider what the market can expect.

Federal and State Regulators Have Opposing Views on Crypto In the U.S. there are multiple regulators overseeing cryptocurrencies, plus a number of states introducing different laws. For example, in Ohio announced at the end of November that businesses will be able to pay their taxes in bitcoin. In terms of regulatory bodies, there is the Securities Exchange Commission (SEC), the U.S. Commodity Futures Trading Commission (CFTF), the Federal Deposit Insurance Corporation (FDIC), the Office of the Comptroller of the Currency (OCC), and the Internal Revenue Service (IRS) among others. Many of these agencies have their own areas of oversight, but there are also gray areas in which two or more of these entities operate.

Throughout 2018, the SEC intensified its scrutiny of ICOs. There were reports of hundreds of startups being “secretly” targeted by the SEC for securities violations. Crackdowns on ICOs also increased with a number of celebrity crypto promoters such as professional boxer Floyd Mayweather Jr. and music producer DJ Khaled being penalized for not disclosing they were paid for their promotional services.

Jay Clayton, the chairman of the SEC, has stressed the need for better market surveillance and custody for cryptocurrencies before there can be approval of a Bitcoin exchange traded fund. He has also emphasized that all ICOs must register with the SEC to ensure compliance with U.S. law, saying: “If people are going to raise money using initial coin offerings, they either have to do so in a private placement, or they have to register with the SEC … when you register with the SEC, you’ve got to provide financial statements and disclosure along the lines that we would expect.”

Clayton acknowledged that ICOs “conducted offshore” or those that are “pursuant to a private placement exemption” could fall outside of the SEC’s regulatory purview.

Hester Peirce, a legal expert at the SEC, made a recent appearance on the “What Bitcoin Did” podcast, where she discussed the SEC’s decision to reject nine proposed Bitcoin ETFs. She stated that the SEC has a tendency to “sometimes look at crypto and … say, ‘well it is very different from any other asset class’.” However, she added that while the notion is “to some degree true … there are similarities with other asset classes if you look at something like gold.”

Regulators Continue to Walk a Tightrope Angela Walch, professor of law at St. Mary’s University School of Law and a research fellow at the Centre for Blockchain Technologies at University College London, stresses the importance of having a diverse perspective.

“Regulators continue to walk a tightrope, trying to simultaneously protect consumers, foster innovation, and avoid system failures. It seems like most of the SEC commissioners, including Chairman Clayton, view their mandates of protecting consumers and the financial system as primary, with enabling innovation as secondary. Commissioner Peirce seems to have the opposite view,” said Walch.

Walch acknowledges that more of the commissioners appear to be focused on the risks that crypto assets could pose to the financial system. “This means that, for now, Commissioner Peirce gets to look innovation-friendly without worrying about the consequences of her views being enacted, because the other commissioners are holding the line – even if that makes them less popular with the crypto industry,” added Walch.

Trace Schmeltz, a partner in the Chicago and Washington D.C. offices of Barnes & Thornburg LLP, said: “In regulating the cryptocurrency market – and, specifically, bitcoin as a potential ETF, the SEC has four primary concerns;”

Schmeltz added that at this stage the bitcoin market is sufficiently mature that each of these issues has been resolved. He concluded: “Mergers and acquisitions in these days of lower bitcoin valuations will lead to an even more stable market with greater controls and more surveillance. As a result, it seems it is high time for the SEC to place market innovation ahead of these regulatory concerns and approve a bitcoin-based ETF.”

Will the SEC increase the number of enforcement actions it takes against crypto companies in 2019? Let us know in the comments section below.