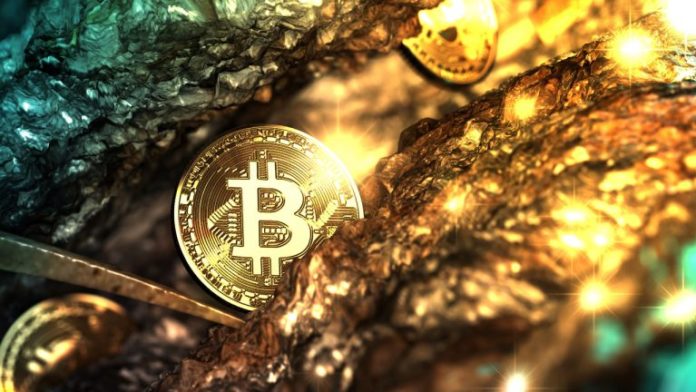 A cryptocurrency analyst, Timothy Peterson claims that 1,500 bitcoins are lost each day meaning only 14 million BTC will ever circulate. The figure is at odds with the estimate of many organizations including Markets.bitcoin.com which place the figure at 18.5 million coins.

Still, Peterson, who is the CAIA Manager at Cane Island Alternative Advisors, argues the merits of his assertions by pointing to how this average daily loss dwarfs the 900 bitcoins that are mined every day.

Furthermore, to support his contention, Peterson points to a research note published by his organization earlier in the year. In the five paged document, the term “irretrievably lost” is introduced to the bitcoin lexicon.

Explaining the term, the research note says irretrievably lost bitcoins represent funds or “money (that) is gone, it is no longer part of any economy anywhere.” The document adds that such bitcoins “are unable to be transacted and the cost of recovery exceeds the value obtained from successful retrieval.” According to Bitcoin.com Support, “all bitcoin transactions are irreversible, so there is no way to reverse a transaction that has already been sent.” Indeed, there are numerous cases of individuals that have misplaced or lost private keys thus losing access to their funds permanently. Earlier in the week, News.Bitcoin.com published the story of how hackers have been trying for years to crack a bitcoin wallet that is believed to contain 69,370 coins, which cannot be accessed.

Meanwhile, after arguing their case, the team at Cane Island Alternative Advisors goes to say that based on own methodology used in prior research, they were able to estimate that:

Since 2010, about 4% of the Available Supply of bitcoin has been lost each year. This puts the current Available Supply at about 13.9 million coins, well below the 18.3 million Total Supply figure publicized. This means that about 28% of all bitcoins have been Irretrievably Lost.

Meanwhile, some bitcoiners challenged Peterson following his September 14 tweet about bitcoin’s diminishing supply. Others like the Bitcoin Rabbi felt the figure of 1,500 bitcoins getting lost every day is very high.

However, in his response, Peterson says:

Still, the research note does not provide links to the Chainalysis report in question. Another Twitter user questions the research findings arguing that they “imply that in 30 years all 21 million bitcoin are lost.”

While some argue that Peterson’s claims are an exaggeration, there is an agreement that the actual figure of circulating supply could be lower than the often reported 18.5 million.

What do you think is the correct figure of bitcoin in circulation? Share your thoughts in the comments section below.

The post Analyst: 1,500 Bitcoins Lost Every Day, Less Than 14 Million Coins Will Ever Circulate appeared first on Bitcoin News.

OneSwap is a groundbreaking new DeFi project offering a decentralized exchange protocol on a smart contract, with permission-free token listing...