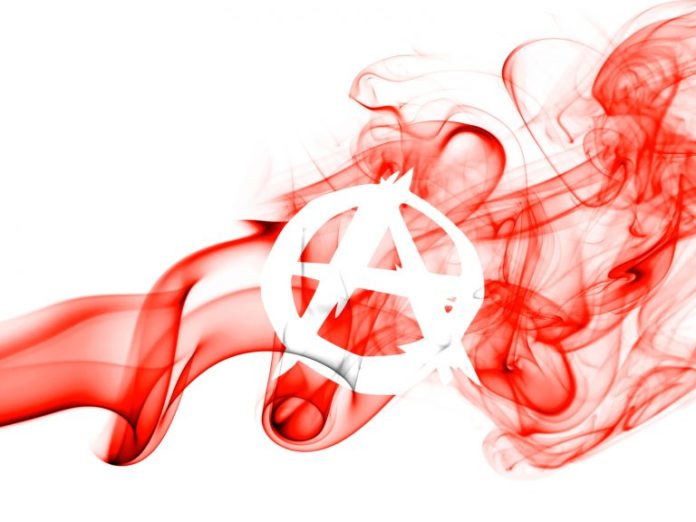 In mainstream culture, anarchy is often a dirty word, deployed as a pejorative to describe failed states or an insult by conservative news anchors to describe what could happen if a semi-radical government took charge. The reality is very different. Anarchy runs much deeper and actually goes hand in hand with bitcoin and the quest for a decentralized financial system.

Bitcoin and other cryptocurrencies are well aligned with anarchy. Anarchy is, after all, a system which rejects state control and hierarchy. No matter how much Bitcoin is adopted by the mainstream, purists will always contend that the digital asset was created to undermine authority and to remove state control so people could ultimately gain their financial freedom. There are many types of anarchic schools of thought but they all have overarching theme: to do away with the state and its authority. Despite the unified principle of no government, different strands of anarchy extol very different ideas on how a society should run, with philosophies incorporating everything from egalitarianism to free market economics.

Why Bitcoin and Anarchy Go Hand in Hand

Bitcoin can be thought of as an enabler for anarchic liberation. Governments have fiscally failed time and time again throughout history and punished their citizens by mismanaging the economy. By holding monopolies on minting coins, managing central banks that serve the needs of the few, and writing laws telling people what money they should use and how to use it, they have wielded ultimate control over the people. Bitcoin, which was created to avoid third parties such as banks, has the potential to end governmental control of money once and for all. Its very essence, the blockchain, works without a central authority. That is why Bitcoin can work with anarchy: if people have the power to be their own banks, and have economic freedom, then they can proceed to claim their freedom from governments in other domains, too. Here are some of the main schools of anarchic thought. Anarcho-capitalism draws from the Austrian School of Economics and anti-state libertarianism. Like other schools of anarchic thought, anarcho-capitalists argue that governments are inherently bad because they force people to pay taxes, force people to join the military, start wars or impose other restrictions and rules on people.

Crypto-anarchism is a form of anarchy that goes hand-in-hand with Bitcoin. The essence of this school of thought holds that through the use of cryptographic software to avoid persecution, people can cultivate financial sovereignty, political freedom and privacy to overthrow the state. Born out of the cypherpunk movement of the 1980s, crypto-anarchism is opposed to state surveillance and argues that the use of cryptography is the main defense against such problems, an idea Julian Assange  – perhaps the most well-known cypherpunk activist – has espoused. Cypherpunk Timothy C. May, who published the Crypto-Anarchist Manifesto in 1988, said that the ability to communicate anonymously online would eventually lead to big changes in societies and governments.

After the arrival of Bitcoin in 2009, it seemed like May’s prediction was right and many crypto-anarchists had got what they were waiting for: a way to exchange payments in a way that was pseudonymous beyond the reach of governments.

Anarcho-communism argues that the state should be abolished and capitalism be replaced with common ownership or control of the means of production. Through a revolution, collective control can be established and people can be free from governmental domination and economic exploitation. This school of thought argues that social hierarchy and class distinctions come from unequal wealth distributions and should therefore be abolished, as well as private property and money. Society would control production and systems of production and distribution would be managed by their participants. As with the typical communist school ideology, anarcho-communists argue that a revolution would be what leads society to abolish the state and take control of the means of production.

Another type of anarchism on the left of the political spectrum, anarcho-syndicalism aims to create an industrial workers’ union movement which is rooted in anarchic ideas. Such anarchists argue that workers should group together through unions and then take control by overthrowing the state. This school of thought advocates people having control over the means of production by operating co-ops so workers can run their own workplaces.

Anarcho-syndicalists say that organization on a voluntary basis is what is needed to operate the means of production and public services and superior authorities and their taxes, armies, police or bureaucracies have no place in society. Ultimately, direct action – that is, action carried out by workers as opposed to indirect action, such as electing a representative to a government position – would allow workers to liberate themselves.

What do you think of the different schools of anarchic thought? Would any of them work? Let us know in the comments section below.

The post Anarchism: A Look at the Different Schools of Anarchic Thought appeared first on Bitcoin News.

Privacy is a constant battle between those who wish to increase it and those who would strip it away. Never...