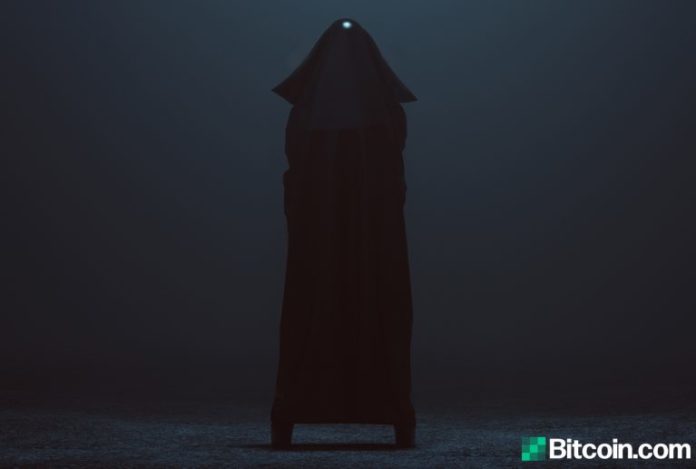 The Bitcoin SV network has been a topic of conversation recently as stealth miners currently command more than 55% of the chain’s overall hashrate during the last seven days. Last year analysts noticed a large amount of the hashrate on all three SHA256 networks (BTC, BCH, and BSV) was being processed by mystery miners. Since then both BTC and BCH only have a small percentage of stealth miners hashing away at each network. Meanwhile, BSV and the coin’s community of participants currently face a block reward reduction 16 days from now.

Mystery Miners Control Over 58% of the Bitcoin SV Network

There’s a whole lot of secret mining happening on the BSV blockchain and no one’s quite sure where the hashrate stems from. At press time, the stealth miners hashing the BSV chain right now represent 55% of the overall hash during the last seven days and 58% of the hashrate today. Most bitcoiners understand that if a single entity controls more than 51% of the network then it’s possible to execute double spends and chain reorganizations.

No one’s quite sure where all the hash is stemming from and whether or not it comes from multiple mining entities. What we do know is that since January 2019 and during the course of the year BTC, BSV, and BCH saw a bunch of mystery miners allocating a piece of the pie from the global hashrate. News.Bitcoin.com reported on BTC having around 22% of stealth hash on the network while BCH had 17% on January 28, 2019. More recently BCH had a brief period where more than 68% of the chain was stealth mined.

However, that event did not last very long and BSV is stretching a whole week’s worth of being over the 51% threshold limit. What’s even more interesting is that both BTC and BCH have very little unknown hash processing the networks as BTC has a hair over 5% and BCH has between 2-5%.

To add to the large percentage of hashrate being stealth mined on BSV, the network faces a block reward reduction in 16 days. Just like BCH and BTC, every 210,000 blocks BSV miners see a reward reduction and BSV miner rewards will drop from 12.5 coins to 6.25 per block. At press time the miners processing the remainder of BSV’s hashrate include Taal, Coingeek, Viabtc, Prohashing, Mining-dutch, Mempool, Svpool, Sigmapool, and Poolin.

Despite the Constant Controversy, Bitcoin SV Gained Over 178% in the Last Year

BSV has always been surrounded by controversy and known for its association with Craig Wright who claims to be Satoshi Nakamoto. Since forking, most of the chain’s transaction data has stemmed from a Twitter-like application called Twetch and a weather platform that records weather data. Coin Metrics reported last July that 96% of BSV transactions derived from the chain’s weather application. In the last 24 hours, the BSV chain has processed 599,851 transactions with an average block size around 1.795 MB. There’s 2.9 exahash per second hashing away at the BSV network and the BSV hashrate has been fluctuating between +3 and -3% every 24 hours this week. At the time of publication, BSV is behind BCH, capturing the sixth-largest market cap position and trading for $178 per coin.

What do you think about the mystery miners hashing away at more than 51% of the BSV network hashrate? Let us know in the comments below.

In this roundup, we cover crypto regulatory developments amid the global crisis effected by the coronavirus outbreak, bank closures, interest...