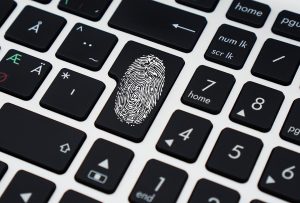 The decision to implement a hard fork on the Bitcoin (BTC) blockchain might have been controversial at the time, but that hasn’t stopped Bitcoin Cash (BCH) from becoming the world’s fourth largest crypto. Although offshoots for major coins don’t typically tend to break into the top five (think Ethereum/ETH and Ethereum Classic/ETC), BCH has bucked the trend. Currently boating a $7.93 billion market cap and a token value of $455, Bitcoin Cash is making a serious play for XRP’s third place on the crypto rankings.

The Rise of Bitcoin Cash Continues

Given its meteoric rise, logic would suggest that now would be a good time to buy BCH before its value increases further. However, as savvy investors will know, you can’t justify buying a digital token based on a price pump alone. Fortunately, given the somewhat surprising success of Bitcoin Cash, the development team have been working on new features to improve the network. Indeed, when the fork occurred on August 1, 2017, the aim was to take what the Bitcoin blockchain had started and improve it.

In real terms, that meant increasing the block size from one to eight MB. Increasing the size of a block meant the BCH blockchain could process more transactions in a single hit and, therefore, more per second. From this, the overall goal has been to develop a blockchain that’s capable of competing with the number of transactions per second banks can process. At this stage, Bitcoin Cash hasn’t achieved that goal. However, it is more than 8x faster than Bitcoin which, in turn, makes it a better cryptocurrency for the average consumer.

From Efficiency to Anonymization

However, while this foundation has allowed BCH to become the fourth-ranked crypto in the world, it’s now innovating in other areas. Not content with taking on and beating Bitcoin speed, the developers have just announced that BCH will soon become anonymous. Although most cryptos are pseudo anonymous, there are only a handful that fully mask a user’s identity. Monero (XMR) is regarded as the most anonymous crypto. By using ring signatures and stealth addresses, the network anonymizes transactions to the point where they are unlinkable and untraceable.

But, as impressive as XMR is in this regard, it’s not perfect. A faulty wallet allowed hackers to exploit the system’s anonymity protocols back in August and illegally mine Monero. Although the network was updated soon after and normal service has since been resumed, the chink in XMR’s proverbial armor is something BCH is looking to exploit. Indeed, by developing its own anonymization system, Bitcoin Cash can become a direct competitor not only for Monero but Dash (DASH), ZCash (ZEC) and Verge (XVG).

An Added Extra that Could Propel BCH Even Further

At this stage, the new feature is still in a developmen stage. However, the man behind the idea, Chris Troutner, has said an open source application would be built once the initial phase is complete. According to Troutner, the anonymization feature will be a lightweight web application that users can use to send/receive BCH tokens. By adopting the principles of two already established anonymization protocols, the hope is that Bitcoin Cash transactions can become untraceable and, in turn, more secure.

“Tokenshuffle is a protocol for anonymizing Bitcoin Cash (BCH) and improving its fungibility. This protocol is loosely based on the ideas in Coinjoin and the Coinshuffle protocol and is intended to be implemented as a light-weight web app that people can anonymously interact with,” Troutner wrote on October 12.

While anonymity clearly has its benefits, it’s important to remember it’s not the answer to all issues. The ability to remain hidden on a network can lead to problems, as the Monero incident showed us. Fortunately for Bitcoin Cash, its blockchain doesn’t have to live and die by this sword. Unlike other coins that have pitched anonymity as their major selling point, BCH is simply making it an added extra.

To put it another way, making Bitcoin Cash anonymous won’t detract from its original aim of creating a blockchain that facilitates decentralized payments in an efficient way. Should the anonymization feature prove to be a red herring, it shouldn’t really matter. However, if it does strike a chord, we could see the price of Bitcoin Cash surge in the first quarter of 2019.