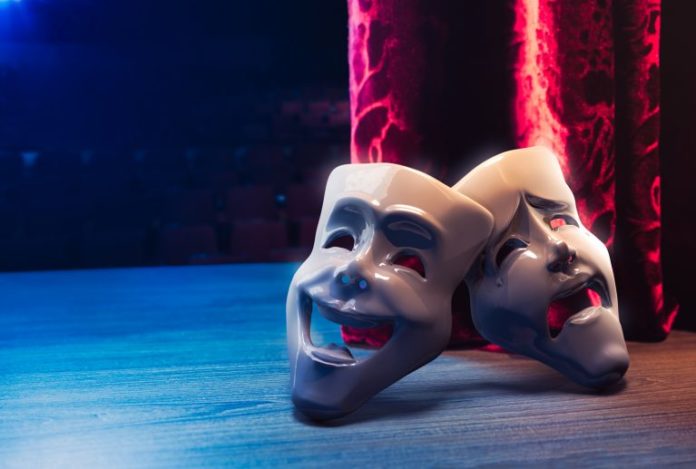 Another person has attempted to claim the title of Satoshi Nakamoto, the creator of Bitcoin. According to a blog post published on August 18, this new person aims to expose his “real-life identity” through a series of written memoirs. The final ‘reveal’ will allegedly give the public the true answers to the decade long mystery. Despite the attempt so far, the cryptocurrency community is not buying the story and the huge effort stemming from the website, Satoshi Nakamoto Renaissance Holdings, has been quite feeble. Some community members are not pleased with some elements of the story either.

The latest person to claim to be Satoshi had published a slew of press releases explaining that he would be publishing a series of posts leading to the ultimate reveal. News.Bitcoin.com reported on the story when the press release came out and explained how most people assumed it was a marketing tactic to get people’s eyes on something else. It still might be a marketing effort or ruse of some sort, but the person truly attempts to claim the Satoshi Nakamoto monicker. In addition to the declaration, the person wrote a 3,300-word blog post about the origins of Bitcoin and his pseudonym. The post says it was written “as told to Ivy McLemore,” the PR team behind the so-called ‘reveal.’ It was also edited a few times since it was published at 4 p.m. EDT, when the word “cyberpunk” was changed to the word “cypherpunk” on two occasions. The blog edit was a pretty foolish mistake as the two words have different meanings.

The so-called creator of Bitcoin said he’s always been a believer in freedom and that’s why he began the blockchain journey. In the post, he explained that Hal Finney was his “closet ally and mentor” and the technology was not designed overnight. “Bitcoin was created through circumstantial requirements, but its current exposure cannot be attributed to design,” he noted. The author then veered off into a tone that’s similar to the Australian Craig Wright’s recent blog posts. The new Satoshi claimant said that the creation of Bitcoin led him to hide so he couldn’t be tied to something deemed illegal by governments. “At its conception, Bitcoin was worth mere cents,” the author remarked. “Later, when its usage was hijacked for illicit means, I made decisions and set off a chain of events to create distance between my creation and myself.” In order to further highlight the alleged misappropriation of the technology he invented, he added:

Today, when Bitcoin is understood by the advances of technology, but at the same time is being hijacked by greed, I feel I have a duty to work hard and make my creation better and take its vision to the next level.

After discussing the origin of how everything transpired, the blog post explained how the author came up with the name “Bitcoin.” The name stemmed from a Pakastani bank called “BCCI,” a financial institution shut down in 1991 by the Bank of England for money laundering. His father worked for United Bank Limited and he got a unique perspective of the banking system. The financial crisis of 2008 was the “final push for Bitcoin to be created” and he was also dealing with difficulties obtaining a bank account.

“I didn’t like the way banks controlled and utilised other people’s money and I wanted to at least try to change this. I felt like a failure and was humiliated by the banks so I made it my mission to invent something that would enable a common layperson to access money without involving the big banks,” the memoirs detail. The term Bitcoin came from the BCCI name, as so: “Bank of CredIT and COmmerce INternational.” The author also stated:

I wanted to empower the poor person, empower the little man, and create something that was accessible as the people’s money – the people’s bank with no boundaries, no nationalities, and no discrimination – where nothing was controlled by the government and where no one dictated and destroyed people for the sake of misplaced politics.

No need to wait til Tuesday, seems like these two jokers are behind it

The last part of the blog post is one reason why people didn’t appreciate this so-called reveal because it involves the now deceased Hal Finney. Using Finney’s good name to promote a marketing ploy would be vile and disgusting to say the least. Before explaining the alleged relationship with Finney, the so-called inventor clarified how Chaldean numerology was used to create his moniker and he emphasized that numerology was a way to encrypt many of the decisions he made during the development of Bitcoin.

and using hal finney death for a PR stunt is absolutely digusting !

As far as Hal Finney was concerned, the author gives a lot of credit to the renowned cryptographer and the man who received the first bitcoin transaction. He considered Finney his “closest ally” and referred to him as the “Steve Wozniak” of Bitcoin, which means Finney did a lot of the leg work. “I always looked at how it would be successful commercially with a vision to change the financial world while he looked at the technical aspects,” the writer expounded.

Of course, a good portion of the crypto community thinks the entire story is a farce and they believe this is just another “Faketoshi” trying to steal some thunder. The website BCCI’s domain credentials and the company registration show two people behind the business – Bilal Khalid, and Munir Aslam Malik. Both names are very common in Pakistan and the blog post notes that Satoshi flew to Pakistan regularly from the UK. The blog announcement also says he changed his legal name in the UK, soon after the technology was up and running. There’s not much information on these two individuals online, minus a few connections to BCCI and a few other domains. There are other websites that are connected to the BCCI name which include tdwnpro.com, 5ato5hi.com, insidecaf.com, and onlinemarketing.net. The domain “5ato5hi” shows a lot more information about this debacle as the website’s home page says “Satoshi Nakamoto: A Round Peg in a Square Hole.”

The website’s “about” section shows the business is awfully fascinated with the word “blockchain” and clearly shows the creator of the website thinks blockchain will disrupt “42 business verticals.” There’s the “Blockchain Operating System” which claims to be a distributed ledger framework that will become the “default operating system (OS)” for personal, business, and enterprise users. The associated websites and the ‘revealing’ story are all very tacky as all of the published material has been riddled with grammatical errors, misspellings, and using the word “cyberpunk” and changing it to “cypherpunk” after the internet called out the mistake. So far, many crypto proponents assume that the man who will step forward will be Bilal Khalid. “Hey Ivy McLemore, just so you’re aware, Bilal Khalid is not Satoshi Nakamoto. Have fun promoting his ‘reveal’ whilst your name gets dragged through the mud,” Monero’s Riccardo Spagni tweeted after the reveal post published.

Of course, the latest ‘reveal’ got attention as people do love the fan fiction behind Satoshi Nakamoto stories. It’s safe to say that a lot of observers will visit the URL to read the next blog post installments which plan to publish on Monday and Tuesday at 4 p.m. EDT. The next post will continue to cover his strong belief in Chaldean numerology. But the second installment will also “reveal all facts” related to his alleged 980,000 bitcoins. People will have to wait until the third published post to find out his “real-life identity” and decide whether or not his claims are legitimate.

So far, just like the pushback Craig Wright has seen, no one considers this new ‘reveal’ valid. Bitcoiners think the website, Satoshi Nakamoto Renaissance Holdings, is simply a tasteless marketing ploy. A lot of people also think the author’s writing is not at all similar to Satoshi’s old posts on Bitcointalk.org, and the self-proclaimed Satoshi over accentuates a U.K.-based undertone and says the word “whilst” quite a bit. However, the website has been getting a lot of traffic. The site’s server was down multiple times yesterday due to a traffic overload after the un-edited version of the blog post published.

Disclaimer: Readers should do their own due diligence before taking any actions related to the mentioned companies, and websites associated with this story. Bitcoin.com or the author is not responsible, directly or indirectly, for any damage or loss caused or alleged to be caused by or in connection with the use of or reliance on any content, goods or services mentioned in this article. This editorial review is for informational purposes only.

Did you know you could win big with Bitcoin gambling? Choose from a range of BCH games including BCH poker, BCH slots, and many more. All games are provably fair—good luck.