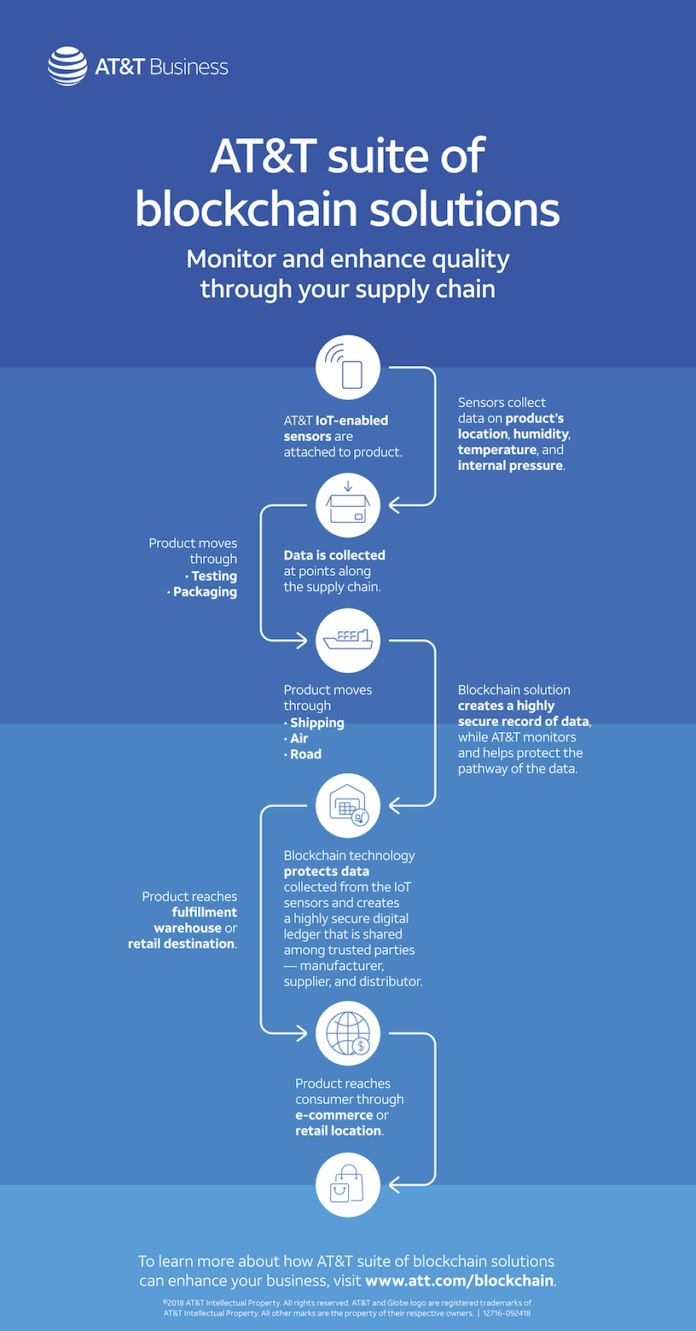 Telecom giant AT&T has announced a suite of blockchain products, which the company will offer to their enterprise customers.

According to a press release, the company will offer solutions that store data on the IBM Blockchain Platform. They will also make use of Microsoft Azure, which can be used to deploy various blockchains including Ethereum, Hyperledger, R3 Corda, and Quorum.

Both platforms were widely available prior to AT&T’s announcement. However, AT&T is a major force and will be actively implementing the software. According to the press release, AT&T consultants will be able to “design, deploy and manage” the software.

Although AT&T is a telecom company, it serves several industries, including manufacturing, retail, and healthcare. This means that the company’s offerings could have quite a widespread reach and drastically increase the number of companies using blockchain technology.

An early application of AT&T’s blockchain suite is supply chain management, which AT&T is already promoting in an infographic. This application would allow companies to track product and shipping data with IoT-enabled sensors.

The application outlined above applies to the retail and manufacturing sectors, but AT&T is also introducing healthcare solutions. These applications would allow record management, data sharing, and the validation of clinical data.

The company has even backed a blockchain-based ID platform. Ironically, AT&T was later sued for cooperating with a hacker who stole $24 million worth of cryptocurrency via impersonation.

Although AT&T is an extremely powerful company, it will have to compete with a vast array of smaller initiatives that are providing similar services and tools. VeChain is vying to become a major player in the supply chain world. Meanwhile, Ontology is an identity platform that may soon be used to manage health records via ALLIVE.

Nevertheless, it seems that AT&T’s preeminence in the market will allow many industries to make inroads into the world of blockchain technology.