As we recently reported, the Mt. Gox saga isn’t over yet. Nobuaki Kobayashi, the bankruptcy trustee of the defunct Bitcoin exchange, started to sell off his massive holdings of Bitcoin in September last year, culminating in the sale of 18,000 BTC on the 5th of February. This was seen as irresponsible by many, because an amount of that size being suddenly released is harmful to the market.

Some are now reporting that someone is searching for buyers for another huge amount of cryptocurrency. A connection to Mt. Gox is suspected by some but not confirmed.

I’ve had 3 people offer me 200k Bitcoin. There is clearly a massive seller around! Mt Gox?

Others have also voiced concern:

“MTGOX keeps selling out. Despite promises not to sell more till September, he just sold 7000 bitcoins crashing the price again! His MTGox wallet is here https://t.co/yPJeVaNlG0”

The excitement began four days ago, when the address holding the second largest amount of BTC moved 7,000 of them to an exchange: 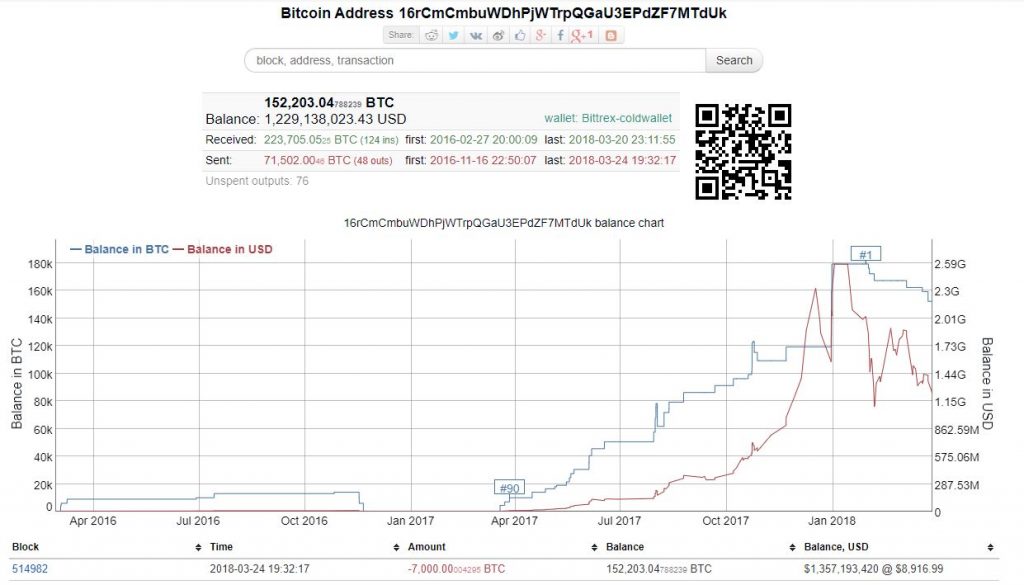 However, this wallet is not listed on the website that tracks the Mt. Gox-associated cold wallets. There has been no recent movement reported from there.

People are very sensitive to the words ‘Mt. Gox’ because Kobayashi holds enough BTC to ruin the market. This is another example of how a couple of comments can cause tensions to run high.