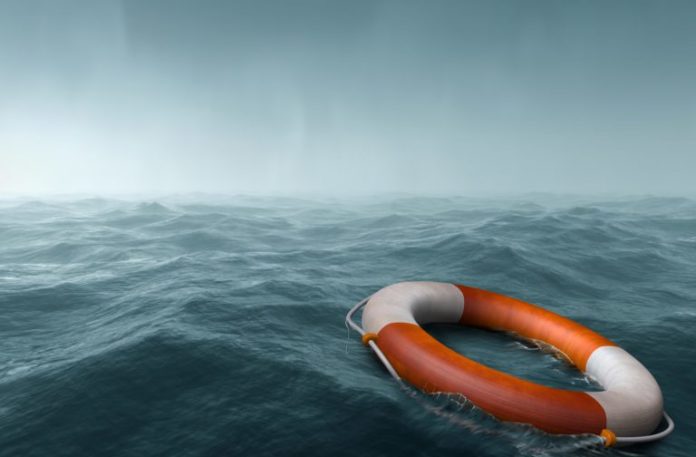 China’s Hengfeng Bank is set to get a $14.2 billion bailout from both Chinese government and foreign investors. An emergency decree has been approved to bail out southern Italy’s biggest lender, Banca Popular di Bari. Germany continues to struggle with bailout pains, as regional bank Nordlb finds itself now depending on another capital injection. None of this to mention the U.S. Federal Reserve’s ongoing money creation via repo markets, with the people ultimately footing the bill. In this trajectory, many are also speculating about the role crypto and central bank digital currencies (CBDCs) might play in 2020 and beyond as another global recession hangs on the horizon.

Also Read: Lagarde Sees Demand for Stablecoins, Plans to Put ECB ‘Ahead of the Curve’

Bailouts From China to the EU

Ever since the infamous bailouts of the last great recession kicked off in 2008 and saw lending giants like Goldman Sachs and JP Morgan receive billions in government assistance — with official estimates and media reports putting the total cost of all programs involved into the trillions — the new “cultural norm” of frequent bailouts has taken root in the minds of the masses.

Because of this, news of even more capital injections and rampant rescue missions for inept financial actors may not seem shocking. However, in the context of an ever-growing global trend to slash interest rates into negative territory, pump newly printed money and subsidies into already steroid-sick economies, and potentially leverage CBDCs to mitigate the problems this might create for the state, things deserve a second look. In a very literal sense, the last recession and relief efforts never ended, and things could be heating up for a “round 2” where crypto takes on an even more critically meaningful utility. China’s struggle with bank bailouts and bank runs over recent months continues as embezzlement-scandal-marred Hengfeng Bank is now on track to receive 100 billion yuan (~$14.2 billion) in assistance, according to a report by Caixin. The bank, founded in 2003 and with 334 branches across China, will issue 100 billion shares in a private placement to national and provincial government organizations, as well as Singapore’s United Overseas Bank and “other investors,” details the report. The news places Hengfeng Bank as the third commercial bank since May to receive state assistance.

Southern Italy’s biggest lender, Banca Popular di Bari, will be receiving from 1 – 1.5 billion euros (~$1.1 – $1.6 billion) after an emergency decree to assist the bank was approved on Sunday by the Italian council of ministers. Banca del Mezzogiorno-Mediocredito Centrale (MCC), a state bank, will receive a capital injection of 900 million euros and work with interbank funds and other investors to restructure the failing lender. Banca Popular di Bari is currently placed under special administration by the country’s central bank and blames its troubles on non-performing loans. Another Italian bank, Banca Carige Spa, was placed under European Central bank administration in January.

State-owned German lender Nordlb, which received a $4 billion bailout back in January, has been green-lighted by the EU for another capital injection this month. The 2.8 billion-euro (~$3.1 billion) injection was approved by the European Commission after it judged that the bank’s restructuring program is not in conflict with EU rules. Private groups had initially bid to help the bank at the time of the first bailout, but this plan was rejected in favor of public assistance. Bad shipping loans were cited as the main issue eroding the institution’s funding.

Arguably the biggest harbinger of another looming recession is the United States Federal Reserve’s massive re-insinuation of itself into the country’s overnight markets. Though they’re painstakingly careful not to call this year’s repo injections quantitative easing, it’s clear that the program — continuing into 2020 and which has already seen the creation of $3 trillion — is attempting to avoid the inevitable. Such direct actions have not been taken by the Fed since the last recession. The bleak reality is that the economy appears to be stagnating and failing for everyone save those creating policy. Plans to pump an additional $400 billion have been announced which will continue into 2020. With all the bailouts, underperforming and toxic loans, fresh money printing, and adventures into the land of near-zero or negative interest rates, some speculate the global economy has reached another point of no return, or a Great Recession, round two. How this might be dealt with is anybody’s guess. With at least 23 countries working on their own central bank digital currencies (CBDCs), there’s talk of states using the new digital paradigm as a flexible escape from the concrete economic realities more closely tied to the legacy monetary system. For example, if negative rate policies are evaded by people refusing to store money in banks — instead choosing to use cash — a CBDC could have its own nominal rate centrally adjusted leaving the consumer no choice. As Euronews puts it:

In the era of negative interest rates, CBDCs are also seen as offering a tool to control over how businesses and people use money. CBDCs, the argument goes, could be used to charge households and businesses to hold cash, forcing them to spend and invest and stimulating growth.

In essence, CBDCs could theoretically be used as a kind of “post-scarcity” money, where holders are increasingly taken care of by the government and supposedly don’t need to worry about independent savings or wealth management as much as previously.

The traditional zero-bound and liquidity traps of logical economics go out the window. For advocates of permissionless, decentralized peer-to-peer money, however, this speculative forecast sounds perfectly abysmal, as true economic inclusion and sovereignty presents a level playing field of opportunity, and not just a glorified economic surveillance state. For this crowd, as existing systems continue to stagnate and fail, sound cryptocurrencies which are limited in supply and largely resistant to censorship could gain great utility and value in coming years. Especially in view of the ineptitude and corruption of the crowd advocating centralized control of money via infinite debt creation.

What are your thoughts on crypto and the global bailouts situation? Let us know in the comments section below.

The post Bailouts From Asia to the EU Signal Recession and Potential Crypto Opportunity appeared first on Bitcoin News.

A recent “whale” transaction of 789,525 Ethereum (ETH) was claimed to belong to the wallets of the PlusToken scam. The...