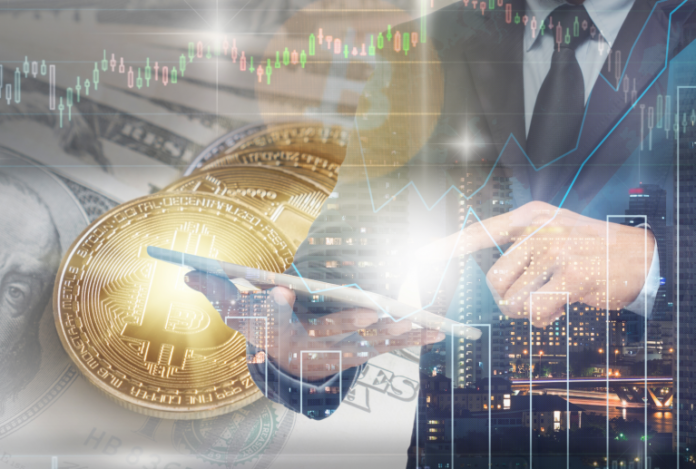 Trading is now live for Bakkt’s regulated, physically-delivered daily and monthly bitcoin futures, with the first trade executed at 8:02 pm ET on Sunday. Customers’ bitcoins are stored in the Bakkt Warehouse, a qualified custodian, regulated by the New York State Department of Financial Services. Bakkt is powered by Intercontinental Exchange, owner of the New York Stock Exchange.

Institutional traders now have a market for physically-delivered bitcoin futures, which means that actual bitcoins are held in Bakkt’s warehouse and will be delivered at the expiry of the contract.

Bakkt has launched its bitcoin futures products ahead of two other CFTC-regulated exchanges: Ledgerx and TD Ameritrade-backed Erisx. Cash-settled bitcoin futures are currently available on the Chicago Mercantile Exchange (CME), which recently announced its plans to launch options on bitcoin futures contracts in the first quarter of 2020, pending regulatory review.

ICE Futures U.S. has previously revealed some requirements for investing in Bakkt’s new products. For both daily and monthly contracts, there is a “hedge initial requirement” of $3,900 and “speculative initial requirement” of $4,290. The inter-month add-ons hedge rate for both products ranges between $400 and $1,000, and between $440 and $1,100 for the speculative rate. “The margin rate varies within the range by the expiration dates and the difference in expiration dates of contracts,” the company described. Each contract size is one BTC.

Customers’ bitcoins are stored in the Bakkt Warehouse, operated by Bakkt Trust Company Llc, a qualified custodian which is regulated by the New York State Department of Financial Services (DFS). “The Bakkt Warehouse is comprised of both online (‘warm’) and offline, air-gapped (‘cold’) digital asset storage,” the company detailed, adding that its system algorithmically balances between the two to minimize risks associated with online wallets. Both types are covered by a $125,000,000 insurance policy from a leading global syndicate. Further, Bakkt boasts “Bank-level AML/KYC policies, paired with extensive blockchain surveillance.” ICE Inc. first announced its plan to form Bakkt in August last year, with an intention to work with a number of companies including BCG, Microsoft and Starbucks, according to its filing with the U.S. Securities and Exchange Commission (SEC). They aim “to create an integrated platform designed to enable consumers and institutions to buy, sell, store and spend digital assets on a seamless global network,” the document shows. Bakkt originally planned to launch in December last year but faced regulatory hurdles, including the federal government shutdown at the beginning of the year.

Bakkt had been waiting for approval from the DFS in order to fully launch its products. The regulator announced on Aug. 16 that it has granted a charter under New York Banking Law to Bakkt Trust Company Llc to operate as a limited liability trust company. “DFS has authorized Bakkt to provide custody services for bitcoin in conjunction with the launch of physically delivered bitcoin futures contracts,” the regulator described. “Bakkt will serve institutional customers; its bitcoin futures contracts will be listed for trading on Intercontinental Exchange (ICE) Futures U.S. and cleared through ICE Clear U.S.” The company’s COO, Adam White, clarified:

This now enables us to offer institutional-grade custody via the Bakkt Warehouse alongside the federally regulated Bakkt Bitcoin Futures contracts.

Both Bakkt’s daily and monthly futures are compliant with the regulatory requirements of the Commodity Futures Trading Commission (CFTC), the company confirmed. They also comply with the requirements of ICE Futures U.S. and ICE Clear U.S. The former is a CFTC-regulated Derivatives Clearing Organization, while the latter a CFTC-regulated Derivatives Clearing Organization. In addition, Bakkt Trust Company Llc is registered with the Financial Crimes Enforcement Network (Fincen).

While the actual impact Bakkt will have on bitcoin markets remains to be seen, CEO Kelly Loeffler told Fortune in an interview that “The funds that trade on our exchanges expressed to us that they don’t want to deal in today’s unregulated markets, and want end-to-end federal oversight, on the level of the NYSE, to feel safe trading in bitcoin.” Claiming that asset managers told her that bitcoin could be a boon for balancing their portfolios if it is safe enough, she was quoted as saying:

Bitcoin’s volatility is a big negative for retail transactions right now, but not for institutional investors … A lot of commodities that funds use as alternative investments are highly volatile.

“Pension funds, for example, are diversifying into alternatives,” COO White remarked. He believes that “Regulated bitcoin futures could be part of their investment mandate, since they have different correlations with both stocks and bonds, and other alternatives such as gold.” Loeffler added that she expects lots of action from retail brokerage firms, stating that “The brokers are always looking for an edge to attract new customers, and offering bitcoin could have lots of appeal.” She also expects interest from college endowments and pension funds, since “They’re the ones who are usually in the forefront in adopting new investment ideas.”

What do you think of Bakkt’s bitcoin futures launch? How much impact do you think Bakkt will have on the markets? Let us know in the comments section below.

The IRS recently warned crypto investors to pay their bitcoin taxes or amend returns that have been misreported. By sending...