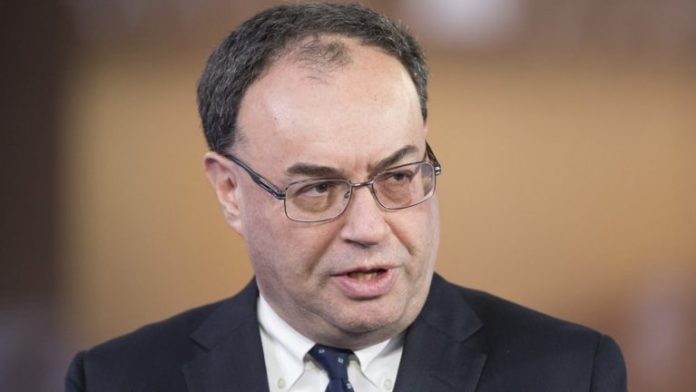 Bank of England (BoE) Governor Andrew Bailey said Monday that the institution is still debating whether it should create a central bank digital currency (CBDC).

Speaking at a webinar event, Andrew Bailey admits a CBDC will be a reality in the next few years. He, however, does not provide a time frame of when the discussions are expected end.

The latest comments by the BoE appear to part of the bank’s continuing public statements reaffirming support for the creation of a digital version of the sterling.

BOE is already part of a group of major central banks that have teamed up to study developing their digital currencies.

A Bloomberg report quotes Bailey as he addresses students:

We are looking at the question of, should we create a Bank of England digital currency. We’ll go on looking at it, as it does have huge implications on the nature of payments and society.

Bailey, however, cautions that major progress will only be made when Covid-19 is “behind us.”

Reacting to Bailey’s comments about BoE’s plans for CBDC is Konstantin Anissimov, executive director at Cex.io. He says such a CBDC has multiple potentially positive effects on the UK economy.

“In addition to stability via the creation of a more diverse and resilient payments landscape, a CBDC could be used to build a more efficient cross-border payments system. This will substitute the current network that the Bank of England describes as “expensive, slow, and opaque,” explains Anissimov.

Complementing physical banknotes, which have seen a declining usage since 2006, a CBDC could potentially “reduce the share of privately issued money in the economy” adds Anissimov.

Before the outbreak of Covid-19—which itself has fueled an increased demand for cashless payment methods—several countries were working on or considering the development of a CBDC. A threat from privately issued stablecoins like Libra has seen many central banks joining the race to issue CBDCs.

China and Sweden are leading while countries like the United States, which just like the UK, are still at the decision stage.

In the meantime, an efficient cross-border payments system will become more crucial for the UK after the Brexit transition period ends. This transition, which is expected to end on January 1, 2021, is expected to change the country’s payments landscape says Anissimov.

Do you agree that the UK is closer to issuing a CBDC? Tell us what you think in the comments section below.

Survey: 60% of Bitcoin Investors Will Die With Their BTC If Price Stays Below $10,000

About 60% of bitcoin investors are willing to hold their coins until they die if the price fails to breach...