The biggest benefit of Bitcoin isn’t the ability to instantly send and receive money regardless of borders, it’s the technology that underpins it–at least that’s how top regulators and banking executives see it.

In a panel discussion, dubbed the “Global Fintech Revolution,” at the World Economic Forum in Davos, Switzerland, on Thursday, fintech luminaries like David Craig, president of financial and risk at Thomson Reuters, praised the technology behind crypto-currencies like Bitcoin. More specifically, they’re keen on the “blockchain” ledger that lets companies make and verify transactions without a central authority.

It may well hold the key to winning back customer confidence in the banking industry, which has suffered various setbacks in recent years. “Blockchain distributes trust among a group of people who have to work together, and who don’t necessarily trust each other,” said Craig. “They have to collectively agree to a standard of how they federate trust. The financial industry hasn’t traditionally been good at collaboration, and this offers a way of changing.”

Other businesses may benefit from the blockchain, given that most anything of value–from money to identities, and even votes–can be managed and stored on the public ledger. Consensus Systems, for instance, builds applications on top of the ledger that could enable a more transparent, “triple-entry” accounting system. Blockchain also has the potential to limit cyber crime, by making it easier for businesses to detect fraud.

Even traditional banking representatives are bullish on blockchain. Cecilia Skingsley, the deputy governor of the Swedish National Bank–whose job it is to regulate the country’s currency, the Swedish krona–is skeptical about the benefits of cryptocurrencies, but seemed excited over the utility of blockchain.

The value of Bitcoin and other cryptocurrencies like Ether, Dogecoin, Monero and ZCash tends to be less stable, she noted, precisely because they aren’t governed by a central authority. (Consider that on September 18th, 2016, the value of Bitcoin was $608.70; as of present writing, exactly four months later, the value is $897.63, according to pricing index CoinDesk.)

“To be efficient, currency has to be a stable store of value. That is something that Bitcoin does not have,” Skingsley explained. “We have a strong product to offer from the central bank,” she added, noting that the vehicle of payment is itself somewhat arbitrary. “If people don’t like it, and they don’t trust the state, they can use other methods. Use black cats, or cupcakes, that’s up to you. We provide the state option, which is safe, efficient and widely distributed, with a stable store of value.”

Still, she added, “I love the technology behind it, and am learning more about it.”

Ant Financial CEO Eric Jing echoed her enthusiasm. “The essence of blockchain is not about decentralization, but trust,” he said. 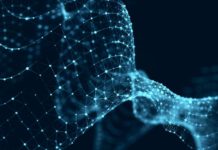 It’s a well-established trope in the mainstream financial press and even in much of the modern consciousness that Bitcoin is...