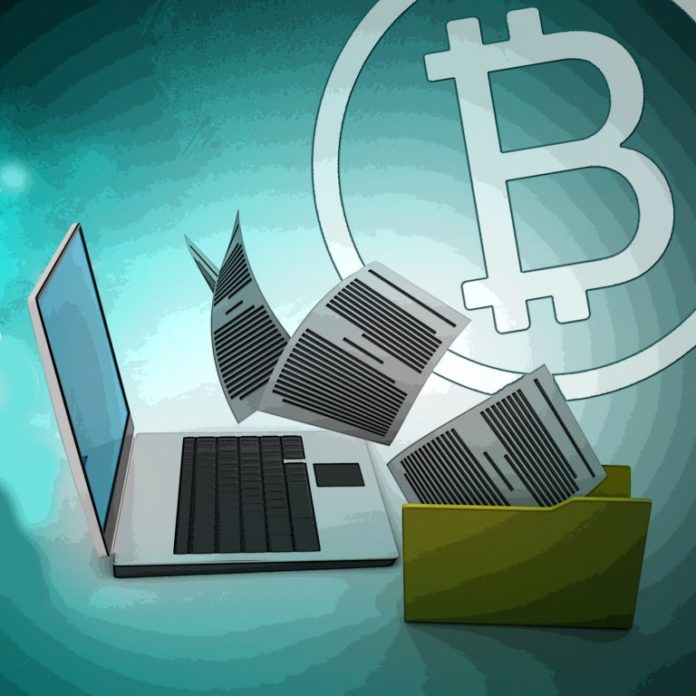 Last October, the developers of the Bitcoin Cash-powered Bitcoin Files project launched the first iteration of its censorship-resistant file sharing software. At the time, the platform allowed users to upload files of 5kb or less to the blockchain. Now, the latest Bitcoin Files release supports the decentralized Inter-Planetary File System (IPFS), allows users to upload much larger file sizes, and gives the ability to preview files before downloading.

Bitcoin Cash development has grown significantly since the hard fork last May, which increased the block size and added new opcodes. One initiative that has made its debut this year is the Bitcoinfiles.com project developed by the BCH programmers James Cramer, Attila Aros, and Hapticpilot. The file-sharing platform allows anyone to upload media files backed by the IPFS protocol and the Bitcoin Cash blockchain. These features add a thick layer of censorship-resistance to content uploads as the files become a permanent fixture on the open web.

The Bitcoin Files platform recently added IPFS support by working with the Protocol Labs project. IPFS, otherwise known as the Inter-Planetary File System, is a protocol designed to make the internet far more distributed by creating a peer-to-peer network of content-addressable hypermedia. Cryptocurrency projects have been using the IPFS protocol for quite some time including platforms like the Openbazaar marketplace. Back in 2014, IPFS developers leveraged the BTC blockchain in order to store unalterable content and obtain address data tethered to files. Digital asset-based organizations that use the IPFS system within their products and applications believe the protocol adds a better form of overall decentralization.

BCH developer Chris Troutner detailed on Twitter how excited he was to see the Bitcoin Files project integrate the IPFS protocol. While explaining the process, Troutner confirmed that “uploads are working and downloads are on the way.” Additionally, the developer shared information about the file he uploaded as a test. The Bitcoin File URI led to a Bitdb network entry and the file is also accessible through the IPFS gateway. Troutner’s message further explained that the hash to retrieve the file is stored forever on the Bitcoin Cash blockchain.

Larger File Uploads and the Ability to Preview Content

Due to the IPFS integration, Bitcoin Files users can upload much larger files than the previous limit of 5kb or less. Currently, the organization’s file explorer and list of available downloads show files exceeding 5kb. For example, a 200MB file can be uploaded to the IPFS protocol, but adding a file to the BCH chain alone, without IPFS, is still constrained to 5kb or less. Additionally, on Nov. 5 the Bitcoin Files programmers added file preview support for MP3, WAV, text, and image files uploaded to the platform. This means users can avoid downloading a malicious virus or something that’s entirely different to the file’s description.

The Bitcoin Files creators believe there’s a great need for a reliable and anonymous file-sharing system. “The blockchain is an immutable, globally distributed, pseudo-anonymous data storage device — Files uploaded to IPFS and the Bitcoin Cash blockchain can be shared with anyone in the world using a simple URI,” explains the underscored statement on the organization’s website.

Images via Shutterstock, Bitdb network, Bitcoinfiles.com, and the IPFS logo.