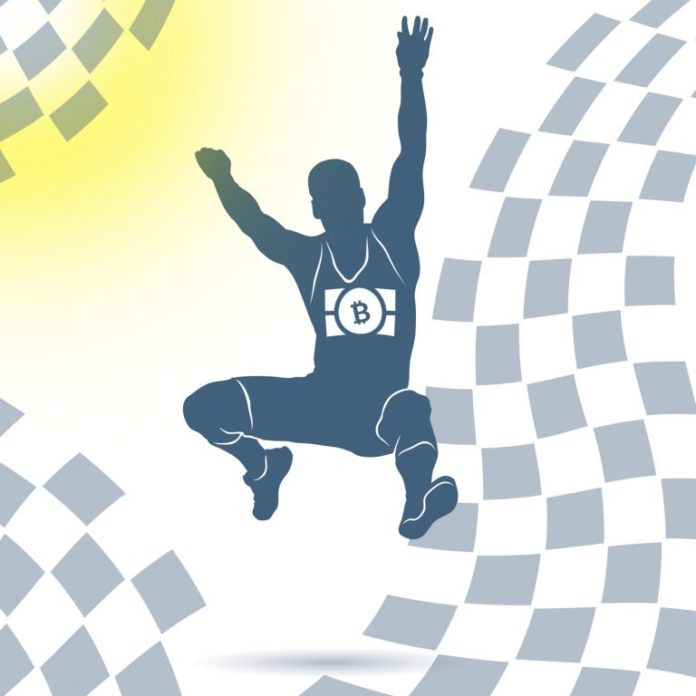 There’s been a lot going on within the Bitcoin Cash (BCH) ecosystem lately as both BCH markets and infrastructure developments this week have been quite interesting. Over the last two days, while most cryptocurrencies have seen gains around 1-15 percent, bitcoin cash values spiked over 25 percent yesterday.

Bitcoin Cash Markets Are Up 30 Percent This Week

Bitcoin cash markets are doing quite well today as the decentralized cryptocurrency is up 14.8 percent over the last 24-hours since yesterday’s spike. Some speculators believe the news may have been attributed to Bitmain’s recent IPO filing in Hong Kong. The jump in price continued into September 27 as BCH priced reached a high of $578 per coin. At the moment BCH is averaging around $560 per coin with a massive global trade volume (compared to the average 24-H volume $300-400M) of around $1 billion. This positions bitcoin cash as the fourth most traded coin of the day and the currency’s market capitalization is about $9.76 billion. The top five exchanges swapping the most bitcoin cash today include Binance, Bitfinex, Lbank, Okex, and EXX. On the peer-to-peer trading platform Shapeshift, BTC for BCH trades was the most popular exchange over the last 24-hours. There’s been a bunch of infrastructure developments and announcements as well this week in the BCH community. For instance, the first Bohemian style clothing e-commerce site bohemianbeachstyle.com revealed it is proudly accepting only bitcoin cash. A developer explained yesterday and gave everyone a sneak peak of a BCH-powered vending machine that allows people to pay for candy with bitcoin cash. Unwriter launched Bitdb 2.0 which provides a global database platform that crawls the entire BCH transaction universe. This week the well-known cryptocurrency exchange, Bittrex, announced that it will offer BCH/USD pairs on October 3rd.

The Bitcoin vending machine will soon be production-ready. Enjoy a snack anywhere in the world, cashless, cardless.$BCH pic.twitter.com/boRxptIAZC

This week BCH fans found out that Openbazaar developer Chris Pacia has ported the ‘Btcd’ implementation into Bitcoin Cash. However, Pacia notes he hasn’t officially announced the finished build yet, as it is missing features and he also hasn’t worked on porting the wallet code. Another developer has also been working on an alternative BCH full node as well with an Android OS compatible wallet.

“I have been working on a fresh Bitcoin Cash full node implementation (and an Android wallet) — You can find the code at github.com/nextcashtech/bitcoin,” the Reddit user u/Karl the Programmer explains. Karl adds:

It is all written by me and uses only C++ standard libraries and Pieter Wuille’s secp256k1 implementation. It is still in early development and needs a lot of tests written and does not implement all consensus rules — I would love to get some feedback.

Furthermore, Paul Sztorc launched the first version of Drivechain yesterday and explained: “it will be very easy to release a version for BCH users.” “Unlike most people, I’m happy to be agnostic in this regard — Let the users exercise their sovereignty,” Sztorc explained on Twitter.

To be honest, before the fork, I didn’t think a minority fork could survive, but then my understanding of the incentive mechanisms that drive miners to continue to mine developed, so that I realized they’re not hostile.

There have been a whole lot more developments that continue to cushion BCH’s position in the crypto-economy. The community-maintained bitcoin cash merchant directory Greenpages.cash, which launched last week has added over 250 merchants, Openbazaar links, Tor (.onion) links, request settings to edit merchants, and the site also added the Money Button. Earlier this week bitcoin cash support has also been added to Primedice.com, a very popular cryptocurrency casino. With the community working together to build cool applications and drive global adoption, the passion seems to be reflecting the coin’s overall value this week.

What do you think about this week’s bitcoin cash announcements and developments? Let us know what you think in the comment section below.

Former UBS Bankers Are Building a Crypto Bank in Switzerland

Seba Crypto AG (SEBA) has raised 100 million Swiss francs ($103 million) for the creation of a regulated bank that...