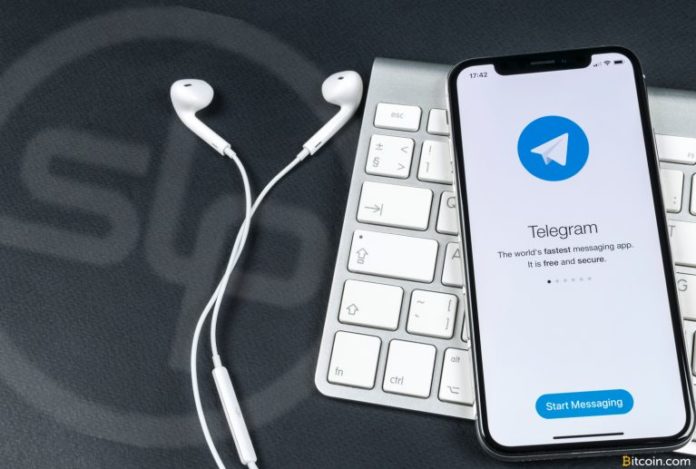 At the end of February, news.Bitcoin.com reported on BCH token development kicking into high gear and the pace hasn’t stopped since. People have been creating unique tokens using the SLP software with names like dragon ball, steam cash, nazgûl, wonton, crown coin, and someone’s made tokens for about 20 of the most popular cryptocurrency networks as well. BCH proponents have also participated in a social experiment and ‘torch passing’ ceremony that used a single non-divisible token called the SLP Torch.

More recently, however, BCH developers have created a Telegram tipping bot that can tip SLP tokens to users within the hosted channel. The cryptocurrency news outlet Coinspice and its associated Telegram channel implemented the tipping bot so people can tip one another in spice tokens. The user simply @’s the Telegram bot called ‘Spicetokens’ and gives them a command to tip a user a number of tokens. Scrolling through the Coinspice channel of 397 members shows the Spicetokens bot is very active. The bot is also available on Twitter and some users have been sharing spice tokens across a few Twitter threads. On March 14, Badger wallet developer Gabriel Cardona explained that the latest version of Badger has been released and version 0.4.2 has integrated official token icons for certain tokens like spice, wonton, and the SLP Torch. Cardona detailed that if someone has created a token or a service that has implemented the Badger Button they can contact him and submit a logo. The wallet developers have also added Eatbch Venezuela and Eatbch South Sudan icons to the client. So any time a user donates funds to these specific addresses they will see the Eatbch logos within the wallet’s transaction log.

In May of 2018, news.Bitcoin.com reported on the point-of-sale (PoS) service Bchpls.io which allows brick n’ mortar and online merchants to accept BCH in a noncustodial fashion. The application is free and there are no servers needed as all it takes is an internet connection and two devices (cashier and customer) to utilize the Bchpls system. On March 13, the Bchpls developer announced the platform now supports SLP tokens and released a video demonstration of the feature in action. Overall, the use cases and the ideas tied to all the tokens created so far have been getting more robust over time. With Telegram and Twitter bots and the latest Bchpls support, applications like these will likely add a lot more real-world use to the BCH token economy. With the community discussing these tokens and creating an abundance of fun coins to share, it seems BCH supporters appreciate the coin creation concept and the possibility of a thriving token economy.

The most important financial watchdog in the U.S, the Securities Exchange Commission (SEC) has announced that it will be hosting...