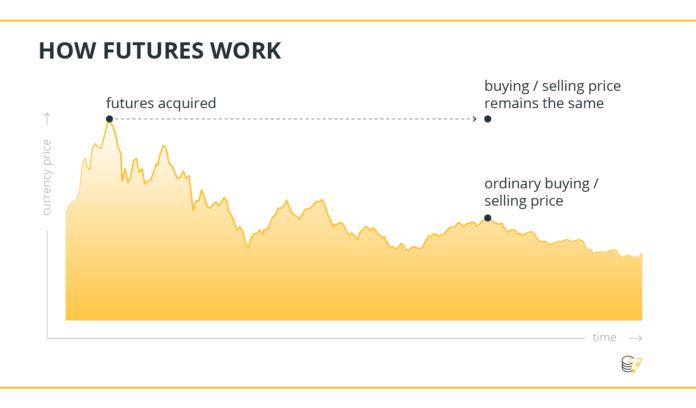 This article does not contain investment advice or recommendations. Every investment and trading move involves risk, you should conduct your own research when making a decision.

Since their triumphant advent in the wake of the December 2017 bull run, Bitcoin futures seem to have occupied an oddly fixed position in the minds of many cryptocurrency buffs. A popular view among those who follow the dynamics of the crypto world rests on a set of established points about BTC futures: they exist since late 2017; they are offered by Cboe and CME, two respectable regulated exchanges; they help manage investment risks and as such are supposed to draw institutional money into the crypto space, mitigating price volatility and lending credence to the underlying asset.

The recent weeks, however, saw a shift in this previously serene mental landscape, as new considerations about crypto futures began to pour into media space with increased frequency. From allegations of massively suppressing crypto prices to a widening range of platforms offering crypto derivatives to a real prospect of Ethereum futures coming about soon, these developments point to the need of revisiting the realm of cryptocurrency-based futures. Now that these derivatives have been around for more than half a year, a more nuanced picture of this asset class’ role in crypto finance is emerging.

In the simplest terms, a futures contract (or a future) is an agreement to buy or sell a certain product on a fixed date. Futures are used as both an instrument for mitigating risks associated with price volatility of vital commodities, and as a tradable derivative product. A comprehensive Cointelegraph primer timed to the launch of the first regulated BTC futures last December is still there for anyone in need to recapitulate the essentials.

There were many reasons for the crypto community to eagerly anticipate Bitcoin futures’ introduction to regulated derivatives markets. Futures have long been seen as the first stepping stone on the path to reconciling the world of crypto finance with the system of traditional financial institutions. Existing within a well-defined legal and operational framework, futures contracts offer legitimacy and security that judicious Wall Street firms were waiting for in order to finally jump onto the crypto bandwagon.

Some of the collateral perks included increased liquidity of the market and transparent reference prices – in other words, more legitimacy and stability. At the same time, crypto futures held a promise for an alleged horde of retail investors who were interested in crypto assets yet wary of trading them on unregulated spot exchanges. Perhaps the biggest advantage of Bitcoin futures for this category of traders is security: since owning a cash-settled crypto future does not entail touching a coin itself, the scheme does away with fears of hacking and theft of cryptoassets. However, a flipside of not owning an actual coin is that futures traders would not be eligible for free coins in an event of a fork.

As the Chicago Board Options Exchange launched cash-settled Bitcoin futures trading on December 11, and their rivals Chicago Mercantile Exchange followed suit six day later, prices of both BTC derivatives and the coin itself surged amid an unprecedented wave of publicity. Each Cboe contract was for one Bitcoin, while each CME futures represented five. Both enabled traders to take either long (agreement to buy) or short (agreement to sell) positions, meaning that investors could bet on both increase and decline of Bitcoin price.

Cboe capitalized on their partnership with Gemini, a cryptocurrency exchange ran by the Winklevoss brothers, and used their experience with tracking crypto assets’ prices to create a tool called Cboe Gemini Bitcoin Futures Index. CME Group created its own price tracking instruments, CME CF Bitcoin Reference Rate and CME CF Bitcoin Real Time Index, in cooperation with a UK-based firm Crypto Facilities, which has a vast experience with cryptocurrency derivatives.

Despite the tremendous hype, it turned out quite soon that the volume of Bitcoin futures trading is not as impressive as the some enthusiasts could expect, eliciting the first wave of pointed criticisms. The fact that after the initial spike Bitcoin prices went steeply downhill in January did not help the derivatives market’s growth, either.

“The Bitcoin futures have indeed opened up the markets to new investors who wouldn’t otherwise be involved. However, the volumes so far have been rather tepid, which isn’t much of a surprise. Bitcoin’s price has been falling steadily this year and as long as the direction is down, there’s little incentive to jump in.”

While it is enticing to attribute the underwhelming trading volumes to the decline in the underlying assets’ valuation, some observers point out that the two are actually tied in a kind of an egg-and-chicken cycle, mutually influencing each other. As early as in January, when a multitude of versions explaining the crash of Bitcoin price began to emerge in media space, one of the less-visible yet sound considerations was that futures trading had opened the crypto markets to bear investors.

A curious pattern showcasing retail and institutional investors’ diverging strategies with regard to futures trading could serve as indirect evidence to such claims. As a January Wall Street Journal study had uncovered, ‘little guys’ were the ones who were more likely to wager on the rise of BTC prices, while institutional players tended to short.

At the time, however, these concerns seemed to have faded from the mainstream media’s radars. It wasn’t until May that they resurfaced full-blown following the publication of the San Francisco Federal Reserve Bank’s letter suggesting that the advent of Bitcoin futures and the coin’s price decline did not ‘appear to be a coincidence.’ The Fed analysists explained that the rise of crypto futures for the first time gave the ‘pessimists’ a tool to counteract the ‘optimists’ who had previously fueled the growth unimpeded. Another attestation in a similar vein has been Fundstrat’s Thomas Lee’s attribution of falling Bitcoin prices to Cboe futures’ expiration that made rounds in mid-June.

Yet the issue seems to be far from settled towards either of the two poles: those voices who blame Bitcoin futures for declining crypto prices encounter equally robust arguments from the other side.

“I’ve done the math recently and it doesn’t seem to add up,” – says Mati Greenspan, maintaining that the size of the futures market is simply not sufficient to thrust the whole crypto ecosystem into an extended bear cycle.

Rohit Kulkarni, Managing Director and Head of Research for investment platform SharesPost, acknowledges some influence that ‘pessimistic speculators’ have exerted, but attributes the bulk of the blame to the regulatory turbulence of the first half of 2018:

“The subsequent [to December 2017] bitcoin price declines were not caused by the introduction of these futures, but rather the regulatory uncertainty surrounding the cryptocurrency market. In addition, we believe irrational speculation by pessimistic investors has also contributed to the price movement over the past six months. As such, we see the ongoing crypto bear market as clearly cleansing the ecosystem from short-term oriented speculators, which will be good for the crypto ecosystem long-term.” 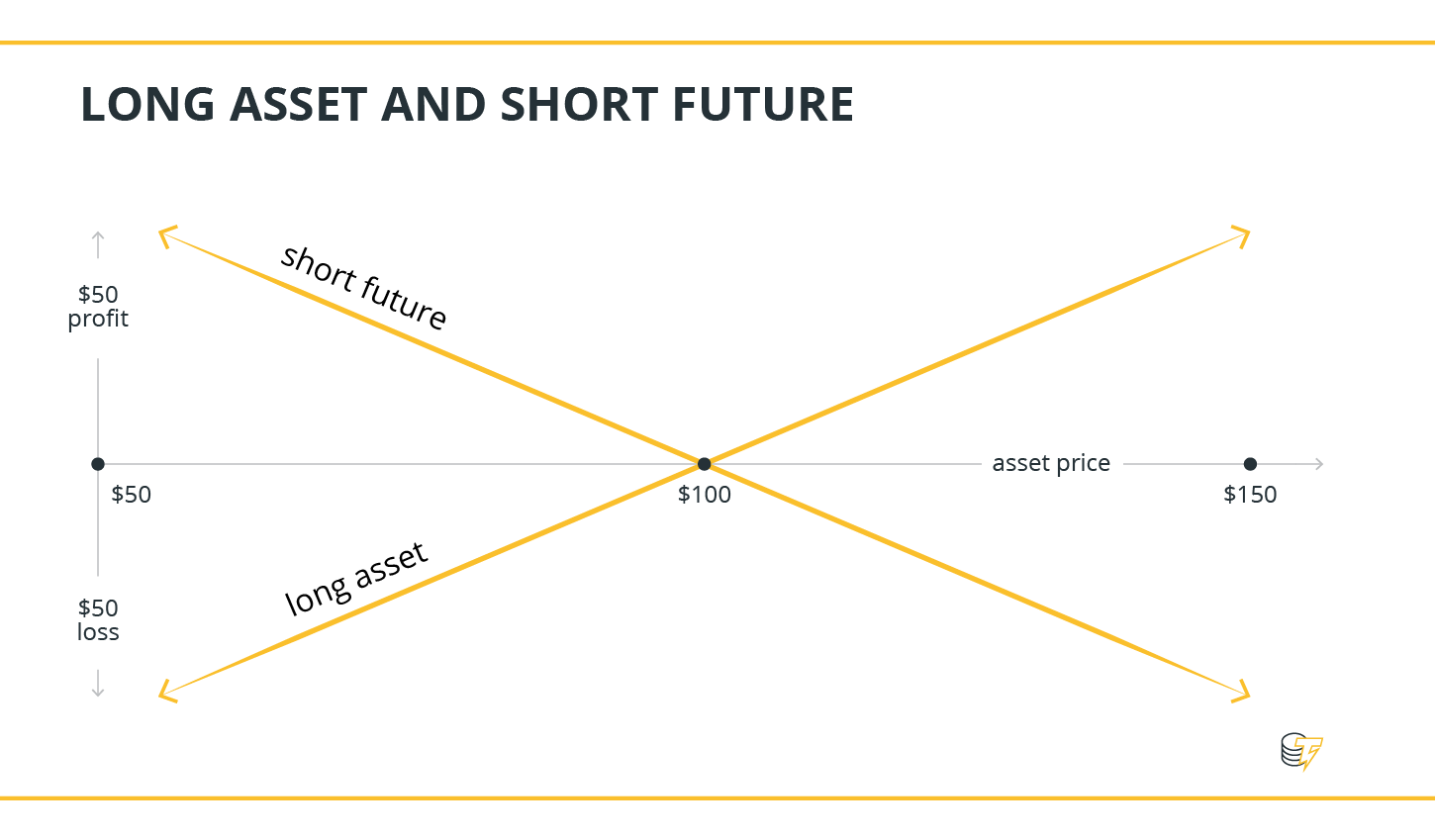 Over the last half a year, Cboe and CME were not the only entities to have a dig at crypto futures, and Bitcoin was not the only asset underlying these contracts. Since March, UK-based financial institutions were responsible for a steady supply of breaking news in this domain. In March, a British cryptocurrency exchange operator Coinfloor made headlines by announcing the launch of the first physically settled Bitcoin-based futures product.

Also in March, it suddenly emerged that the abovementioned startup Crypto Facilities has been offering futures contracts tied to Ripple’s XRP token since October 2016, without much publicity, for some reason. On May 11, Crypto Facilities exploded another bombshell in the crypto space, revealing ETH/USD futures as their latest offering. And to crown it all, in June the same company unveiled the first regulated Litecoin futures.

Due to regulatory hurdles, staggering cavalry charges like these would hardly be possible across the Atlantic. Some of the established players in the US, who seem to be in a position to join the crypto derivatives race, remain undecided.

Yet this is not to say that the US companies halted their efforts to facilitate crypto-based derivatives trading. During the first week of May, the New York Times reported that both Goldman Sachs and the New York Stock Exchange were briskly moving ahead with their plans to launch crypto trading platforms and products. A few weeks later, a Pennsylvania-based Susquehanna International Group listed Bitcoin futures among their financial products.

The Ides of June saw a regulatory breakthrough that might prove highly consequential for crypto futures in the US, as the SEC Corporation Finance Director William Hinman had shed some light on Ethereum’s status as perceived by the regulator, suggesting that ‘current offers and sales of ether are not securities transactions.’ This statement has energized the industry and prompted Chris Concannon, Cboe’s crypto-savvy president, to speak of futures on ETH as of a settled deal. If Cboe breaks the path with such a product, it’s not difficult to imagine CME catching up quickly, given the firm’s partnership with Crypto Facilities, whose Ethereum derivatives infrastructure is already in place.

Evidently, despite all the challenges, cryptocurrency-based futures have to a significant extent succeeded in facilitating institutional capital’s entry into the cryptofinancial ecosystem. Most experts are positive with regard to further development of this trend, envisioning crypto assets as a legitimate element of the financial system.

“As we approach the anniversary of futures trading, we expect more institutional investors to make big moves with crypto dedicated funds. One recent example of this was the recent announcement of A16Z, a $300 million crypto fund launched by Andreessen Horowitz dedicated to investing in cryptocurrencies and other blockchain-related projects,” – notes Kulkarni.

Shane Brett, Co-founder and CEO of blockchain solutions provider GECKO Governance, appears to be on the same page:

“The emergence of cryptocurrency futures is a definite sign of increased mainstream adoption on the horizon, as it serves to speed up the legitimation and maturation of the market.”

Speaking of the ‘little guy’ retail investor, the direct benefits of the introduction of crypto futures have likely been more modest so far.

“There really isn’t much benefit for Main Street investors to use the Wall Street futures. They can just as easily buy bitcoin directly. As well, the minimum contract size on the futures could be a barrier to entry. The contracts of the CME are set at blocks of 5 BTC each, which is more than most retail customers are used to dealing with. Even the CBOE contracts that are set at 1 BTC each are difficult to deal with for most people,” – concludes eToro’s Mati Greenspan.

The beautiful country of India is known to have one of the most progressive and tech-savvy population in the world....