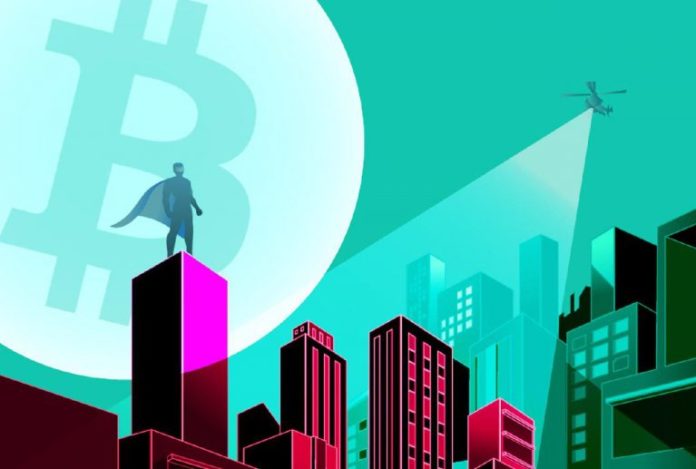 Captain America began life as Steve Rogers. Tony Stark only created Iron Man after being kidnapped. Bruce Wayne spent seven years in ninja training before eventually returning to Gotham as Batman. We don’t know Satoshi Nakamoto’s birth name, but we do know something about the steps he took to create Bitcoin and indelibly forge his alter-ego.

Unmasking the Legend of Satoshi

We don’t know who Satoshi is or was, but like the superheroes of today’s Marvel and DC movies, beneath the mask was a flawed human capable of extraordinary things. Deifying – or rather superhero-ifying – any one man is the antithesis of everything Bitcoin stands for. Indeed, it may have been the growing cult of Satoshi that sent Bitcoin’s creator scurrying into exile. For evocative purposes, however, the superhero metaphor works. Just think about it:

One man, taking on a corrupt system (central banking). The assumption of a pseudonym to protect his identity. The need to separate his personal and professional life (there could be no Tony Stark reveal of his Iron Man alter-ego). The need to operate as a lone wolf for years with no assistance or remuneration. Constant threats to his mission and his freedom from enemies determined to see him fail. Satoshi didn’t wear a cape, but when his movie is made, it belongs in the superhero genre.

“I actually did this kind of backwards,” confessed Satoshi in an email to Hal Finney. “I had to write all the code before I could convince myself that I could solve every problem, then I wrote the paper.” It’s likely that Nakamoto began work on Bitcoin before he had conceived his pseudonymous character. “The design and coding started in 2007,” he explained, likely occurring towards the start of the year. It wasn’t known as Bitcoin at that point, assuming the working title of “Electronic Cash Without a Trusted Third Party.”

By the end of 2007, we can deduce that Satoshi had conceived the basics of what would become Bitcoin: a means of sending electronic payments “from one party to another without the burdens of going through a financial institution.” To achieve this, Satoshi had made a major breakthrough in solving the double-spend problem by postulating a chain of hash-based proof-of-work. This would form a timestamped record that could not be changed without redoing the proof-of-work. It was, he would later explain, “a solution to the Byzantine Generals’ Problem.”

Satoshi’s eureka moment may have arrived in 2007, but Bitcoin was still little more than a concept. It consisted of a few thousand lines of incomplete code and was lacking the ingredients that would make for a decentralized currency: working software, a coin issuance schedule, block times, and most of the other components that would prove integral to Bitcoin as we know it. If Satoshi had thought the late nights and endless redrafting sessions of 2007 were exhausting, they were nothing compared to what the following year would throw his way. As 2008 ground into gear, Satoshi found his to-do list getting longer by the day. Up until now, he’d been focused on the mechanics of his electronic cash system, and would spend the first half of 2008 codifying his ideas into what would become the Bitcoin whitepaper. But he also had other pressing concerns: soon Satoshi knew he would have to break cover and go public. At the same time, he would have to conceal his tracks. The year prior, the founders of Liberty Reserve had been sentenced to five years in jail for operating its forerunner, digital currency exchange Gold Age, without a financial license.

Satoshi knew he would have to create a robust pseudonym that could not be linked to his real identity. But he was also shrewd enough to recognize the need for a moniker with a certain mystique to it. Even in the unmarketable underworld of cryptography mailing lists, a memorable name will stick. Where he plucked it from, we will never know. What we do know is that Satoshi Nakamoto has a pleasing ring to it. Once Satoshi had settled on his superhero alter-ego, there could be no going back.

By the time Satoshi had chosen his name, he had also settled on a name for his electronic cash system: Bitcoin. On August 18, 2008, he registered the domain bitcoin.org via anonymousspeech.com. Four days later, Satoshi made his first known contact with the world, emailing Wei Dai from [email protected], and including a link to an early release of the Bitcoin whitepaper. It is believed that Satoshi may have emailed Adam Back prior to this; if so, the event probably occurred earlier that August.

Satoshi’s earliest interactions with the cryptography community have all the hallmarks of a fledgling superhero still getting accustomed to their newfound powers. He was modest and disarmingly humble, especially so in these initial exchanges, when no one knew who Satoshi was and had no reason to care. Through late 2008 and into January 2009, his comms were unfailingly polite: “Sorry if I didn’t make that clear” and “I’d appreciate it. Thanks, Satoshi.”

Even at this stage, when there was every chance that Bitcoin would not catch on, it was evident that Satoshi had thought everything out – from his entry right through to his exit strategy. In addition to going to great lengths to anonymously register bitcoin.org and conduct all of his business from behind a proxy or seven, Satoshi appears to have begun changing his spelling to put further distance between his persona and his pseudonym. Satoshi’s writing style will be the subject of a future analysis by news.Bitcoin.com. For now, it is worth noting that his well-documented British spelling is an idiosyncrasy Satoshi appears to have acquired in 2008, with mixed results at first as he got into character.

On October 31, 2008, Satoshi published his whitepaper to the cryptography mailing list, explaining “I’ve been working on a new electronic cash system that’s fully peer-to-peer, with no trusted third party.” Even at this stage, there was much about Bitcoin that was still undecided or unrevealed, including the 21 million supply, which appears to have been finalized shortly before Satoshi shared v0.1 of Bitcoin’s code on January 9, 2009.

It’s easy to assign inevitability to the rise of Bitcoin, using the gift of hindsight. The reality, though, is that in its nascent months, Bitcoin’s survival chances were probably no greater than 50-50, and even optimists would have tipped it to be adopted by a few thousand believers at best. As Mike Hearn was to later recall, “At the time bitcoins had no value at all and nobody else was using the system … It was just an interesting science project on SourceForge, one of many, which seemed destined to sink into obscurity.”

Satoshi’s genius lies not only in his ability to solve the double-spend problem, or to eliminate trusted third parties. He painfully created an undoxxable persona that has, as far as we know, withstood unmasking attempts from armchair sleuths and three-letter agencies alike. Satoshi is more than a spur-of-the-moment epithet coined by a man who wanted to preserve his privacy: like a pre-fame superhero, his character was born in the darkness, forged in steel and years in the making.

Do you think Satoshi will ever be found? Let us know in the comments section below.

With thanks to Jamie Redman and Katie Webster for their input with this article.

The Danish financial institution Danske Bank has been embroiled in a massive money-laundering scandal associated with an Estonian branch that...