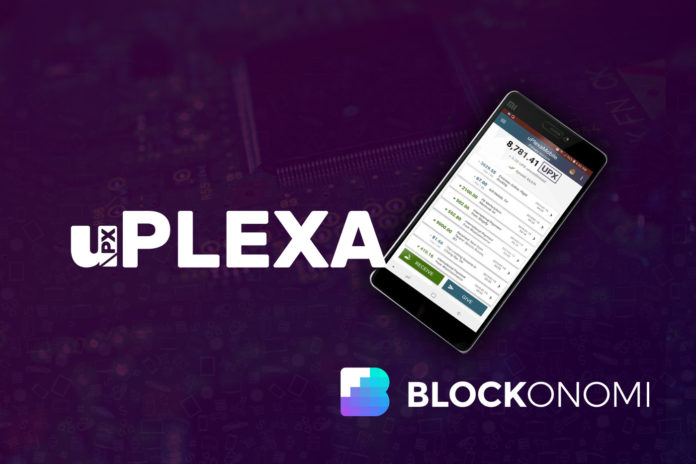 uPlexa aims to incentivize the mass computing power from Internet of Things devices to allow for anonymous blockchain payments. The platform relies on the IoT to deliver anonymity as well as e-commerce functionality via p2p IoT-based payments.

The interesting thing to note about uPlexa is that it will not have an ICO and is not a company. Instead, it is a grassroots community that has an idea that will disrupt current technologies and processes. It is funded by a 7% premine “in order to continuously fund its large amount of infrastructure, bounties, airdrop, and team efforts.”

The idea for uPlexa came when a developer and a miner were talking following a Bitcoin meetup. They talked about the fact that no one had developed a method of mining with IoT devices like smart TVs. From there, they spent several months on research and development, networking, brainstorming, and more. Eventually, uPlexa was able to run a beta-mining period, which was followed by publishing its open source code. The beta-mining period gave the chance to patch bugs before the launch.

uPlexa has several goals, which it plans to accomplish in order. First, uPlexa will develop a fungible IoT mining experience. There are currently 8.4 billion IoT devices, with estimates that there will be more than 20 billion by 2020. uPlexa will use these devices to power the network.

This is possible because of uPlexa’s ability to use Internet of Things devices to mine blocks. This, in turn, powers the network as well as processes transactions. To achieve this goal, uPlexa relies on a modified CryptoNote algorithm that allows for profit with IoT mining. At the same time, it prevents centralized mining by preventing ASIC technology.

By mining using IoT devices, those devices could use a small percentage of the resources you do not currently use. That way, they could make enough money to pay for part of the electricity they use on a regular basis. 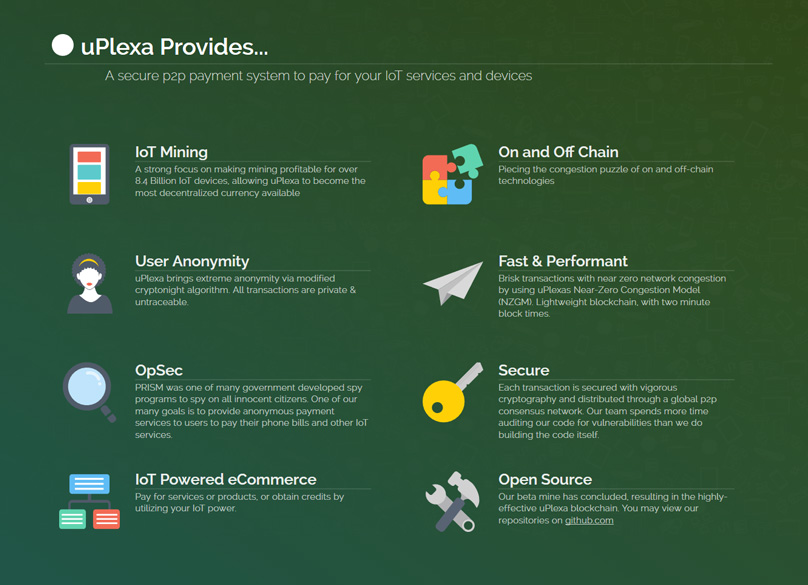 In addition to the goal of delivering fungible IoT mining, uPlexa aims to develop multiple platforms. Based on uPlexa, these platforms will complement its objectives, which are fungiblity, untraceable transactions, and privacy. The first platform focuses on the e-commerce industry, which is valued at over $22 trillion. uPlexa will build and integrate an e-commerce platform that is anonymous and based on uPlexa.

The company hopes to create a customizable experience for e-commerce. It will support uPlexa and cryptocurrencies while being completely free to use until the store becomes profitable. Part of this will include a Near-Zero Congestion Model (NGZM). That is an off-chain model and will give webmasters and businesses an API so they can process off-chain transactions. This will be made easier by the team’s background in e-commerce.

uPlexa is a secure payment system for p2p purposes that works for IoT devices and services. One of the biggest focuses of uPlexa is the previously mentioned goal of making IoT mining profitable. This will, in turn, let uPlexa turn into the currency that is the most decentralized. uPlexa will make it possible to use your IoT power to pay for products and services or simply get credits.

uPlexa has functionality both on and off the chain, thanks to various technologies working in harmony. It also delivers extreme user anonymity, thanks to the modified CryptoNight algorithm. Every transaction on uPlexa is untraceable and private.

The Near-Zero Congestion Model of uPlexa allows for almost no network congestion for quick transactions. To further improve transaction speed, uPlexa has a lightweight blockchain and block times of just two minutes.

uPlexa delivers OpSec by providing an anonymous payment service for users who want to pay bills for IoT services, like phones. There is also a great deal of security via using cryptography and distribution via the global p2p consensus network. To ensure maximum security, the uPlexa team spends more time checking and auditing the code than they do actually building it. The code is also open source and there was a beta mine. 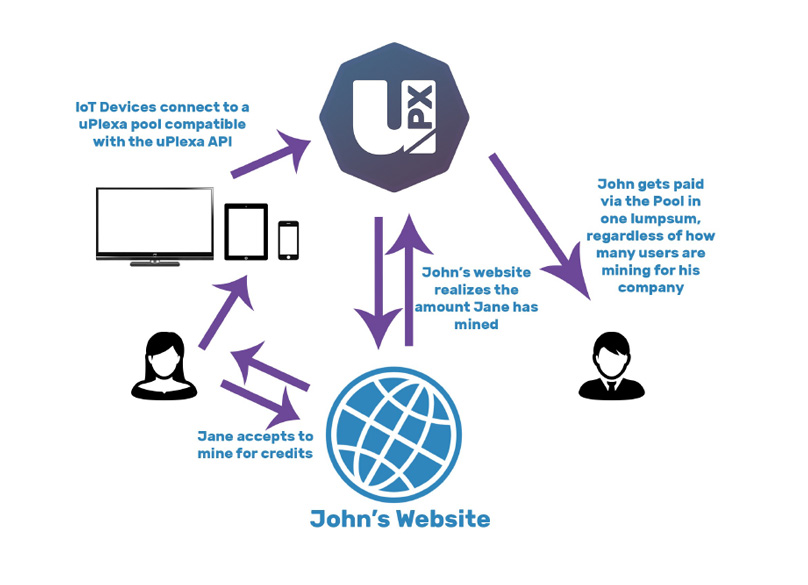 One of the unique features of uPlexa is its Android miner, which was just released. While there are some competing Android miners, those programs simulate mining on Androids. By contrast, the miner from uPlexa is a true Android miner. It is built on a blockchain and targeted to work with the Internet of Things, allowing for real hashing functionality.

Competitors, such as Electroneum, needed several years to get an application that does not really mine on Android devices. It also took 16 team members and over $40 million in funding for that. By contrast, the uPlexa Android miner did not require any additional funding. Three of the core uPlexa team members needed only a few months to complete it, delivering true mining functionality. 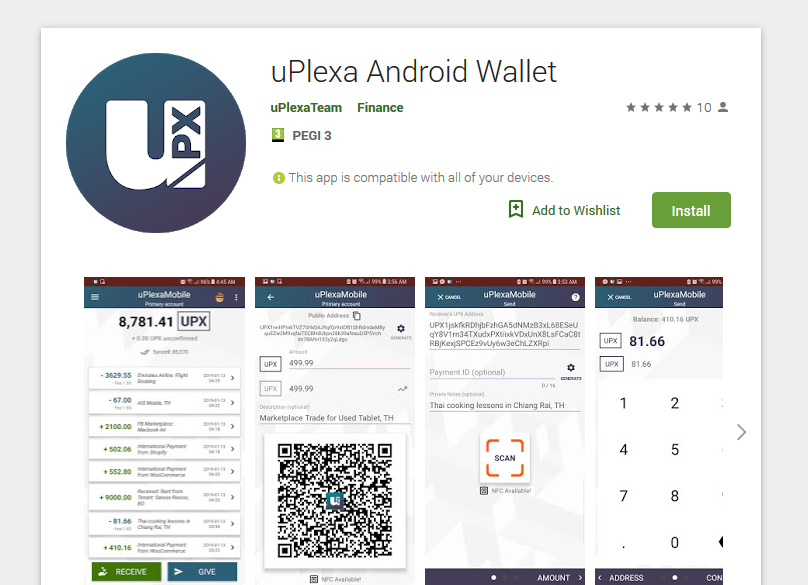 The fully functional Android miner was released on Feb. 15, 2019. It lets your Android IoT device power uPlexa network transactions by using a small percentage of the device’s previously untapped resources. In exchange, those who use the miner receive UPX coins as a reward. Essentially, those who use the Android miner receive payment for assisting the network with fulfilling transactions and network processes.

In the very near future, uPlexa will be releasing Merchant Payment Services (MPS). Using this program, e-commerce gurus, developers, and webmasters can simply integrate their own private payments into the uPlexa blockchain.

uPlexa is taking a unique approach by not offering an ICO. Instead, the platform will award various bounties. There is a 7 percent pre-mine that will be used to continuously fund the airdrop, team efforts, bounties, and infrastructures. uPlexa chose not to hold an ICO. That is because the team feels that you must provide some community value before placing a price tag on something.

All the team members and bounties from uPlexa will be paid in the uPlexa tokens. There will bounties for those who help uPlexa sign partners like IoT service providers. There will also be a bug bounty when someone finds medium to severe bugs, both in uPlexa or its related platforms. Finally, there will be a translations bounty. This will be awarded to those who translate the whitepaper(s) and website for uPlexa.

uPlexa allows for p2p payments based on the Internet of Things. It also uses a unique blockchain and technology that can make mining using the Internet of Things profitable. There is already an Android miner released and uPlexa will expand this to include functionality on other IoT devices.

In the future, uPlexa will continue to expand, creating various platforms for utility, starting with e-commerce. The team is also working towards allowing anonymous service payments to prevent the use or sale of private data.

As mentioned, the Android miner from uPlexa is already available and the Merchant Payment Services will be coming soon. That shows that uPlexa has already making progress towards its goals.