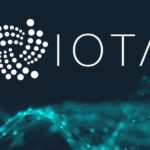 IOTA is a unique cryptocurrency that is based on an alternative blockchain technology called Tangle, designed to be used with the Internet of Things (IoT) devices.

But many MIOTA holders are not able to find a lot of wallets that support the crypto. This is because it is very hard to incorporate the IOTA framework, as it is very different when compared to blockchain.

However, there are several storage options available. In our comprehensive guide, we will be featuring the best IOTA wallets.

Trinity is an official desktop wallet which was developed by the team behind IOTA. The only supported coin by Trinity is MIOTA, and no other cryptos will probably be added. It should be noted that the wallet is still in beta testing.

The wallet can easily be used and accessed in order to make transfers with MIOTA. The interface’s main page features the transaction history, a price trend graph, and pairs with BTC, USD, EUR, and ETH.

Trinity is backed up by a recovery seed. There is also the option to generate multiple accounts, but an 81 character “seed” is required for each of them. Two-factor authentication (2FA) is also supported to add extra security.

It is available in many languages, and you can switch between themes and your node by simply accessing a drop-down menu.

There are two modes for the wallet: simple and advanced. The advanced mode comes with features such as auto-confirmation setting, a security timeout, and a button that resets the wallet.

Trinity is compatible with Mac, Windows, Linux, Android, and iOS via TestFlight. The Android version has been reported to be prone to crashes, so it is not that recommended. 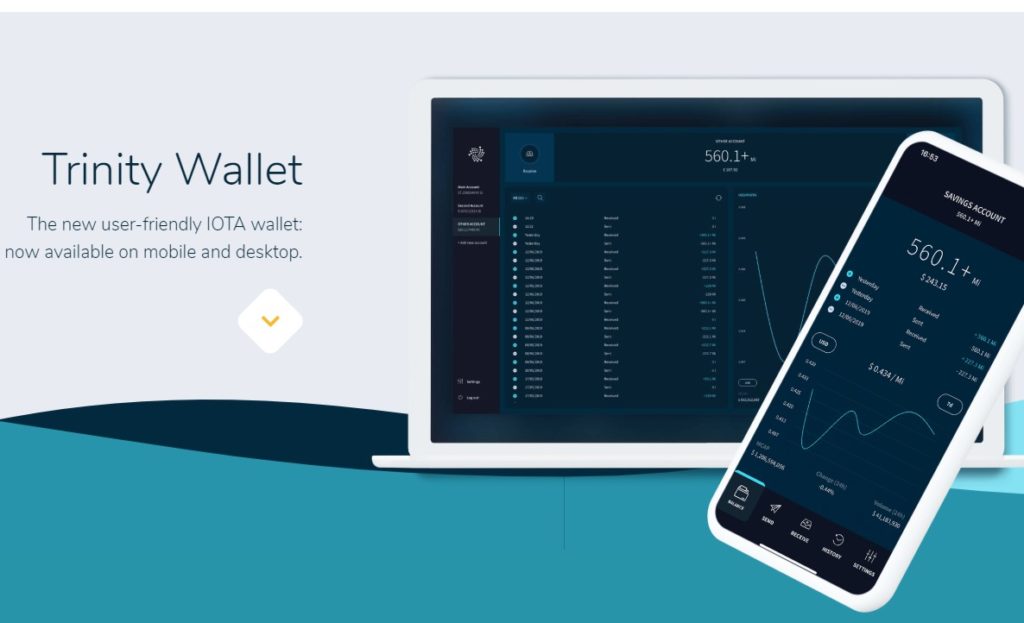 This light IOTA wallet was made for Android users. The wallet conveniently allows you to access MIOTA funds on the go. It can easily be downloaded and installed after which you can send, hold, or receive IOTA coins.

The wallet is equipped with a QR scanner, an exchange rate for IOTA to fiat currency, and additional password settings.

The app is still in beta, as it was recently released. Because of this, there have been many negative reports regarding bugs.

The IOTA Foundation partnered with Ledger Nano S to incorporate the Trinity wallet into the hardware wallet.

The Ledger Nano S uses a tamper-proof secure chip that is based on the resistant EAL5 protocol. Ledger is the best IOTA wallet for those that are looking to keep their coins safe in cold storage.

The wallet is secured by a PIN and a backup phrase which is generated upon setup. It looks like a regular USB with an OLED screen and two physical buttons for confirming transactions. Users can store a variety of cryptocurrencies in addition to IOTA, such as Bitcoin, Litecoin, Ethereum, and hundreds more.

The wallet connects via a USB cable to your computer or phone, and you can easily navigate the setting and apps you require.

Users just have to access the Ledger Live manager and download the IOTA application and install it. 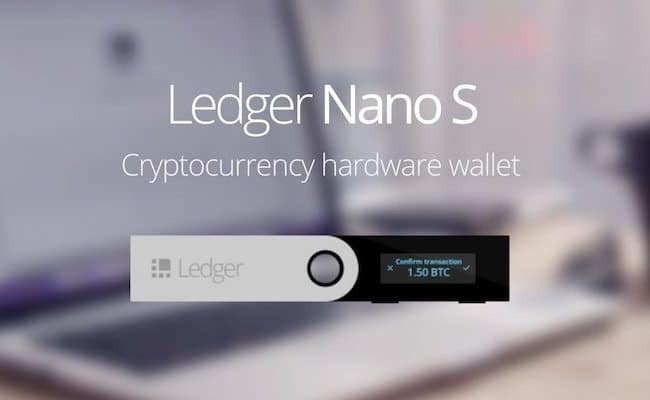 The GUI IOTA Light Wallet is integrated into IOTA’s graphical user interface, which allows you to easily and quickly access funds. The wallet can be used on operating systems like Windows, Linux, and Mac, but it is considered the best IOTA wallet for Windows users.

The interface is user-friendly, straightforward, and can easily be used by beginner traders. The wallet gives you the option of running a full node or a light node after you have downloaded the wallet. It is recommended that users select the light node option, as you do not need to connect to other network nodes through static IP.

The private keys are not kept on a third-party server, which means that only you have access to your coins.

Guarda is a popular multi-cryptocurrency wallet, which supports in addition to IOTA a variety of other cryptos, such as BTC, ETH, XRP, XMR, TRX, and a slew of ERC20 tokens. This web wallet is considered to be very safe and reliable, and that paired with its cross-platform compatibility makes it the best IOTA wallet for MIOTA traders.

The wallet can be installed on Windows, Macintosh, Linux desktop systems, as well as Android and iOS mobile devices.

To avoid the possibility of being hacked while sending data over the network, Guarda does not store any private keys or wallet data. All information is securely stored in the device’s safe memory, which is erased automatically each time you log out from the wallet.

Guarda’s top feature is undoubtedly its ability to make in-wallet conversion. Users are able to exchange crypto assets between each other without requiring registration, limits and or other additional procedures. 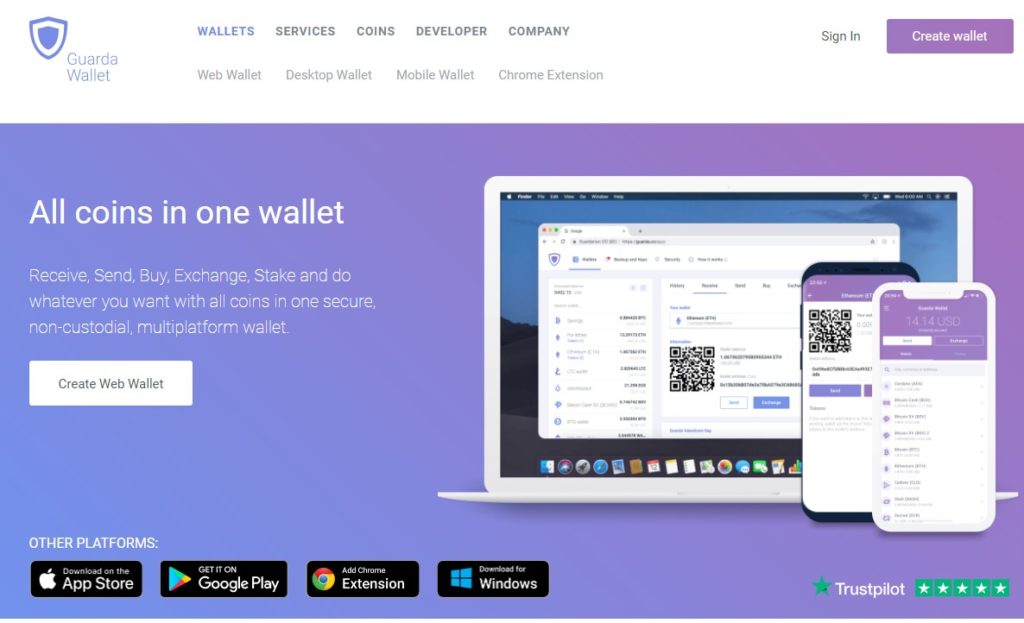 The Nostalgia is a light desktop wallet which can be installed on computers running on Windows, Mac, and Linux operating systems.

The wallet enforces wood security measures, which will ensure that MIOTA funds cannot be hacked that easily. On the flip side, the app is not for those that lack some basic skills, as it is quite complex to use. This is why this wallet is not recommended to users that do not have any knowledge of coding.

In order to use Nostalgia, the wallet has to be connected to a server on which IOTA runs on a PoW protocol. The first thing you have to do is to use an HTML editor like Text Wrangler to open the nostalgia.html file. The rest of the process can be too complicated for those who are less tech-savvy, but there are various tutorials available on how to install it.

Those that will be able to use Nostalgia, will benefit from fast connectivity to the IOTA network, which in turn will allow them to make fast transactions.

With this, we conclude our article on the best IOTA wallets. If you have reached the end of this article, you should have an idea of what kind of IOTA wallet you are looking for.

Bakkt: A Big Boost For Bitcoin (BTC) or Will It Flop?

The launch of the largest institutional bitcoin product of the year is finally upon us. Can it rejuvenate momentum on...