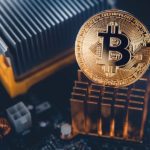 With the increase of mining difficulty, many are wondering if mining is even profitable anymore. However, there are several mining pools that can produce some crypto revenue. Today, we will be featuring some of the best mining pools that you can join in 2019.

What Are Mining Pools?

A mining pool consists of a group of miners that put together their hardware’s computational resources to solve a block faster than they could have done individually. The block reward is then divided among themselves according to the hash power they contributed in the process.

AntPool is one of the biggest mining pools in China, according to hash power. The pool is under the operation of Bitmain Technologies, the number one Bitcoin ASIC manufacturer.

New bitcoin miners will easily adapt to using their interface, as the dashboard has a clean design that displays earnings and hash rates.

Accounts on the pool are secured through several measures, such as two-factor authentication, email alerts, and wallet address locking.

Antpool users can choose between two types of mining rewards, PPLNS (0% fee) and PPS+ (4% fee from the block reward and 2% from mining fees), or they can opt to mine P2P solo with their own hardware which would incur a fee of 1%. These rewards options make AntPool one of the best mining pools in service. Payments are made daily if the mined amount is over 0.001 Bitcoin.

Transaction fees are hidden, and AntPool has not revealed them to their users. The pool also keeps 1-2 bitcoins for itself each time a block is mined, which is distributed with high-volume miners.

Slush Pool was the first Bitcoin mining pool ever created. It was launched in 2010 under the name of Bitcoin Pooled Mining Server by Marek Palatinus (aka Slush), the CEO of SatoshiLabs, a Czech company that created the first Bitcoin hardware wallet, Trezor.

Slush Pool rewards users based on the Score method, where the old shares are worth less than new shares at the start of the round, with the rewards being calculated based on the scores and not shares.

New users can sign up for a demo account to test the platform. The interface provides frequent updates for graphs, information, and news via the users’ social media accounts.

The pool charges a transaction fee of 2%, which is shared among the miners. Payouts are made regularly for amounts exceeding 0.0002BTC.

F2Pool is another mining pool that is based in China, and it was established back in 2013. In addition to Bitcoin, it also supports the mining of Litecoin, Ethereum, and Zcash.

The platform implements stratum mining protocol and vardiff, meaning that the mining difficulty is based on the hash rate. The GUI is clean and easy to navigate, making it one of the best mining pools for beginners.

F2Pool rewards users based on the PPS system and applies a fee of 2.5%. Payouts are made on a daily basis, with the withdrawal limit being set at 0.001BTC.

The site is secured through HTTPS and has a wallet lock to further secure your Bitcoin funds. There is no two-factor authentication, and you will not be able to change your email address once you have registered.

MinerGate is one of the most versatile crypto mining pools that you will find. Currently, the platform supports the mining of 11 cryptos: Bitcoin, Ethereum, Litecoin, Ethereum Classic, Zcash, Bitcoin Gold, Bytecoin, Fantom Coin, Monero, Monero Original, and Aeon.

The servers used for the pool’s mining operations are based in the United States.

MinerGate’s GUI miner can be downloaded and run on any personal devices, such as a PC or laptop, instead of requiring special ASIC hardware. The payouts are not substantial, but it is a good pool where you can hone your mining experience.

The interface is not complex and very easy to use by new miners. From the app, you can select how much of your total computing power you want to allocate to mining, and MinerGate will handle this process.

Fees range from 0% to 1.5%, and the reward options are either PPS or PPLNS.

The pool supports merged mining, meaning that you can simultaneously mine multiple altcoins without affecting your Bitcoin hash rate, which makes MinerGate one of the best mining pools for mining multiple coins. Both GUI and CPU can be used to enhance your mining performances. 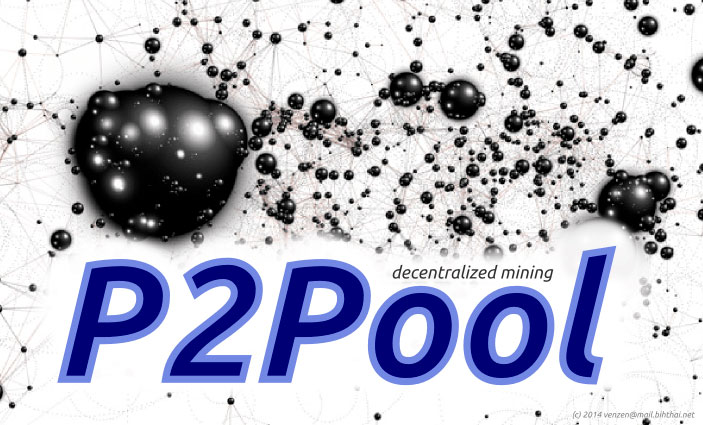 P2Pool is one of the oldest pools in existence. Founded in 2011, this pool functions as a “decentralized Bitcoin mining pool.” This prevents Bitcoin mining from becoming centralized, and it means that no mining faction can dictate the direction of the Bitcoin core.

The best part about this pool is that there are no fees and no payout thresholds, as the block rewards are sent directly to your wallet. The reward system is based on PPLNS.

In order to join the pool, you have to meet a “minimum hash rate threshold,” a limit which is regularly subjected to changes, but technically anyone can join in. The rate is more like a recommendation, as you can join with any old hardware you have, but do not expect to make any noticeable profit.

The code is open-source and written in Python, and can be found on the pool’s GitHub repository, which is managed by over 40 volunteers. P2Pool has received over 1,700 commits and it is supported by the Bitcoin Foundation as well as the Litecoin project.

There is no single point of vulnerability on the P2Pool network, as share-ownership, block creation progress, and all other sensitive information are stored on a distributed sharechain.

BTC.com is another Bitcoin mining pool operated by ASIC manufacturer Bitmain. The pool was created in 2015, based on the stratum mining protocol and vardiff, and it comes with its own wallets and site. The platform is one of the best mining pools for users worldwide, as it is accessible to those in Europe, the United States, and China. The total pool share of BTC.com is 20.29%, which is the highest in the industry.

Unlike AntPool, BTC.com discloses its transaction fees with its miners. The mining rewards are distributed according to the PPS model, with fees varying from 1.5% to 4%.

Payouts are released after 2 hours, as this process depends on the speed of the Bitcoin network.

Cloudflare technology is used on the site to prevent DDoS attacks and to keep the hash power at optimal rates.

Kano Pool is the smallest on our list, with 0.45% of the total Bitcoin pool share. It was launched in 2014, and its reward system is based on the PPLNS model.

The advantage of this pool is that it charges a very small fee of 0.9%. The downside is that you will have to wait for +101 block confirmations in order to receive your payout for each block, which can take a while. There is no threshold for payout withdrawals.

Kano Pool’s GUI is not regarded as beginner-friendly and requires some updates. It also has great security features, which include two-factor authentication.

With this, we conclude our list of the best mining pools available in 2019. It is up to you to find the best pool that suits your needs, hardware, and budget.

The ICO sales of 2017 managed to achieve high returns despite the bear market, but projects that launched in 2018...