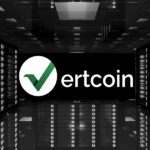 If you are looking to mine Vertcoin in a lucrative manner, then you should consider joining a Vertcoin pool. We will be featuring some of the recommended mining hardware and software for mining VTC.

Vertcoin is a digital peer-to-peer payment system, but it is quite different from other cryptos, such as Bitcoin, as it is ASIC resistant.

By being an ASIC resistance coin, VTC can be mined at home without requiring the setup of an expensive rig.

Vertcoin currently ranks 253 according to a market cap of $13,432,789, and one VTC is price at around $0.25. This value is substantially lower compared to its all-time high of $9.38 hit in December 2017, but even at its current levels, VTC is still a profitable coin for mining.

Vertcoin employs a unique consensus protocol called Lyra2REv2, which makes the coin ASIC-resistant, keeping the network decentralized and without ASIC mining. When mining for VTC, you should take into account that the Lyra2REv2 protocol is most compatible with Nvidia GPUs.

The cards featured above all present good hash rates for Lyra2REv2, which might make the process of choosing one more difficult. But looking at the price to performance ratio might give you a clearer idea of what card to use.

The top options based on these criteria is GTX 1070 Ti and the GTX 1080, as they have sufficient power and offer high hash rates. Price-wise, most of these cards are within the same range.

Criteria for a Vertcoin Pool

Before joining a mining pool, you must first consider some of its main features. Here are some of the factors you will have to take into consideration when selecting a Vertcoin mining pool:

We will be listing some of the most popular Vertcoin mining pools that are currently available.

MiningPoolHub is a dedicated Vertcoin mining pool, holding around 30% of the entire pool rate. Even though this might seem like a lot, Vertcoin has worked very hard to maintain its decentralized status, forking in the past to avoid a botnet monopoly form getting more than 50% of the network hash power. In addition to Vertcoin, you can also mine 26 other coins, including Bitcoin, Litecoin, Ethereum, Monero, and Zcash.

The pool has a web of global servers and charges a mining fee of 0.9%. The payout threshold is set at 0.1%, and the current pool Hash Rate is 8.150 GH/s. Their site also features a miner setup guide based on your hardware.

AHashPool also allows users to mine Vertcoin, but instead of paying out in VTC, it makes all payouts in Bitcoin. The pool supports over 50 different algorithms, including Lyra2REv2, SHA256, scrypt, Qubit, skein, x11, groestl, and bitcore, which allows you to mine 178 coins.

AHash charges a mining fee of 1%, and the minimum payout is set at 0.003 BTC, which is rather high in comparison to other pools. Payouts are made once every 24 hours. Servers are located all around the world.

The pool also auto allocates hash power to the current most profitable coins in each algorithm. Miners that have not been active for 90 days are considered inactive, and as such, their account will be deleted, and all their remaining balances will be forfeited.

Zergpool is a much smaller Vertcoin pool, but it features a very low 0.5% miners fee. The pool supports the mining of over 70 algorithms and 260 coins.

BTC and LTC payouts are made automatically every 4 hours for all balances above 0.0025 and 0.15, respectively.

Payouts for all other currencies are made automatically every 4 hours, with the minimum payout limit being 0.0001 in BTC equivalent, or 0.00002 on Sunday. Rewards are distributed proportionally between submitted shares that are.

If you are not active for more than three months, your account will be purged, and unearned shares are kept for three months, after which they will also be purged.

The pool also has the auto-switch feature that allows you to mine the most profitable coins of the moment.

Vertcoin is still a profitable coin for mining with GPUs. Due to its ASIC-resistant protocol, users should be able to keep on mining Vertcoin by using their graphic cards.

Form our article, you now have several Vertcoin pool options that you can join in order to keep the strain off your hardware and help you earn coins more easily.

Google Collects US Patient Data in Secret, Another Call For Blockchain

New reports indicate that Google has been secretly collecting US patients’ data from over 2,600 hospitals in order to train...