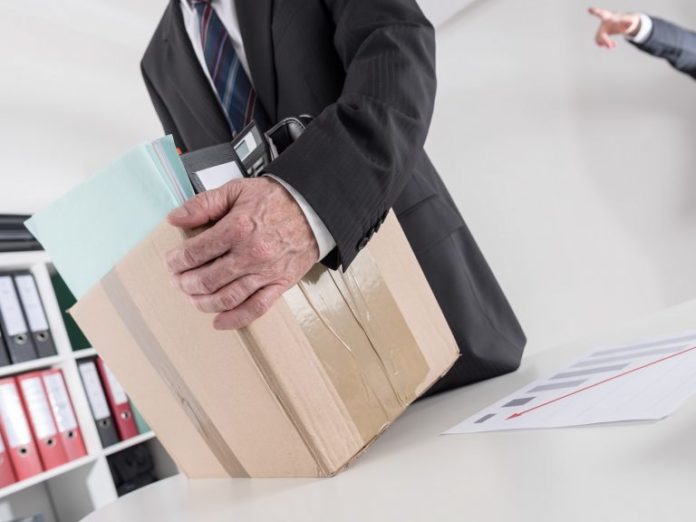 Banking giants are in trouble and it’s starting to show. Key players in the industry have already announced massive job cuts and executives with hefty salaries have been dismissed. HSBC, the largest bank in Europe, has revealed it plans to lay off over 4,000 employees and Citigroup is preparing to shrink its trading staff slashing hundreds of jobs. They are joining other global brands in a wave of layoffs hitting the unstable banking sector.

London-based HSBC, which is the seventh largest bank in the world, is ready to discharge up to 4,700 employees this year, the financial institution confirmed recently. The news comes after the sudden departure of the bank‘s chief executive officer.

John Flint stepped down “by mutual agreement with the board” only a year and a half after his appointment. Noel Quinn, currently responsible for HSBC’s commercial banking, will be the group’s interim CEO serving as Director of HSBC Holdings while the company is looking for a new candidate.

The job cuts amount to 2% of HSBC’s workforce, CFO Ewan Stevenson told investors this past Monday, quoted by the Independent. Aiming to cut salary costs by 4%, the bank is likely to part ways with more senior staff but its management did not go into specifics. Flint will help with the transition for which he will receive another annual salary and a bonus based on the bank’s performance in 2019. His “good leaver status” entitles him to other benefits as well. No details were shared about any such compensation for the other 4,699 employees who are going to lose their jobs.

The staff adjustments will be made despite HSBC’s latest half-year results showing the group’s pre-tax profits rose by almost 16% to $12.4 billion. “I have agreed with the board that today’s good interim results indicate that this is the right time for change, both for me and the bank,” the outgoing CEO stated.

The change of HSBC’s top management comes at a time when its retail banking is doing well and the prospects for its investment business are improving. However, the bank’s board is seeking more radical changes that will take into account the challenges HSBC is facing in its two main areas of operation – Asia, where a trade war between China and the U.S. is looming affecting the institution’s revenues, and Europe, which expects major problems from the uncertainty surrounding Brexit.

Other leading financial institutions with global reach have been experiencing similar difficulties. The layoffs across the banking industry are also a key indicator of the expectations of their managers for the near future.

Preparing for a major reorganization, in early July Deutsche Bank announced it’s going to lay off at least 18,000 people, or a fifth of its global workforce, in Germany, the U.K., U.S. and elsewhere. Forbes recently reported the largest German bank and top financial services provider is aiming to reduce costs by €6 billion.

Following the layoffs, Deutsche Bank will still have around 74,000 employees around the world. But the massive downsizing move could push remaining professionals to look for better opportunities and eventually leave the organization. The layoffs are expected to hit DB’s investment banking offices in London and New York hard.

The German giant has been dogged by other problems as well and many observers have been concerned about its prospects. Investors, economists and even international financial institutions such as the IMF fear the bank’s current state is contributing to the risks for the global financial system. Deutsche Bank’s troubles also coincide with concerns about the situation in Germany. Europe’s leading economy has been slowing down due to various negative factors such as the trade wars with the U.S., hurting its exports to both East and West, as well as Britain’s complicated exit from the European Union.

To a great extent, the challenges facing the leading German lender stem from the scandals it got itself into over the last couple of years. Along with other European banks, DB was accused of facilitating money laundering schemes. For example, it paid U.S. and U.K. authorities $670 million in fines for allowing Russian citizens to expatriate billions of dollars in mirror trades through its Moscow office.

These scandals led to executives in the industry losing their jobs. The Board of Directors of Danske Bank, the Danish institution whose Estonian branch was in the epicenter of the money laundering fiasco, appointed a new CEO this spring, Chris Vogelzang. He took the baton from interim CEO Jesper Nielsen who replaced Thomas Borgen, relieved for his role in the dirty money saga.

Revelations about Swedbank’s involvement lead to changes in its management too. Chief Executive Birgitte Bonnesen and Chairman Lars Idermark left their posts at the Swedish lender with a sizable presence in the Baltics, where the bank became part of money laundering transactions with Danske.

Other major banks have also joined the wave of personnel cuts. In April, France’s Societe Generale announced its intentions to axe 1,600 jobs as part of its plan to reduce costs by €500 million. Around half of the layoffs are expected in France but the lender has already dismissed dozens of employees at its London operations and may sack New York-based staff as well.

At the end of July, reports came out that Citigroup plans to lay off hundreds of employees working at its trading divisions. The job cuts, to be carried out by the end of the year, will affect its fixed-income and stock-trading business. According to The Telegraph, at least 100 positions in the bank’s equities unit, or around 10% of its staff, will be slashed. The layoffs come on the backdrop of sliding revenues in Citigroup’s trading and investment banking branches. The unsatisfactory financial results are partly due to the current low benchmark interest rates. Last week, the U.S. Federal reserve announced a 0.25% cut to 2.25%, the first downward revision in more than a decade. Investors have also been cautious because of the general uncertainty regarding the global economy hit by intensifying trade and currency wars and growing expectations of a new financial crisis.

The difficult conditions traditional financial institutions are now dealing with have already led to bank failures, possibly signs of an upcoming banking crash involving bigger players. Alternative assets such as decentralized cryptocurrencies have enjoyed rising popularity among investors in the past months. Naturally, demand for related services has also grown. You can securely acquire bitcoin cash (BCH) and other leading cryptocurrencies at Buy.Bitcoin.com. And thanks to a new partnership with Cred, you can also earn up to 6% on your BCH holdings.

Do you think job cuts at global banks indicate the sector is heading towards a major crisis? Share your opinion in the comments section below.

Do you need a reliable bitcoin mobile wallet to send, receive, and store your coins? Download one for free from us and then head to our Purchase Bitcoin page where you can quickly buy BCH and BTC with a credit card.