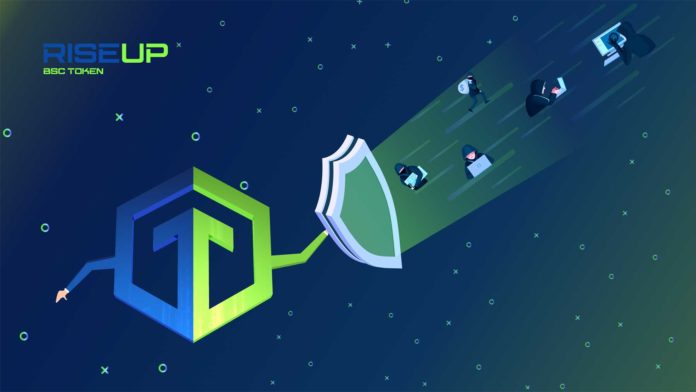 The popularity and use of cryptocurrencies continued to rise in 2021, and like anything that becomes popular online, scams were afoot. Here are some of the most significant crypto scams in 2021, along with some guidance on how everyone in crypto can be more vigilant going forward into 2022.

One of the most-streamed shows of 2021 entering the crypto scene in the form of a new token, for many, seemed like too good of an investment opportunity to miss. However, what it actually turned out to be was too good of an opportunity to be true. The token reportedly had its presale in October, apparently selling out in “a second” according to its whitepaper. Squid Game Token was even publicised by media giants Forbes and Yahoo, with its value sensationally reaching an all time high of nearly $3000 in a few short weeks. Despite this, problems soon set in.

Buyers quickly complained that they were not able to sell the tokens they’d bought, not to mention that the token was never officially associated with Squid Game to begin with. This inability to sell Squid Game Token was due to the fact that its creators had built a mechanism into the token which prevented holders from selling, besides the few who the scam was intended to benefit. This was simply a media and pop-culture enriched version of a typical pump and dump scheme, where the value of a token is driven up intentionally through social media promotion and FOMO tactics and eventually comes crashing down once a few whales sell their holdings for personal gain.

South African Bitcoin investment firm Africrypt was run by two brothers, Raees and Ameer Cajee.  Proclaiming to be one of Africa’s largest and most successful AI trading companies, they accumulated $3.6 billion worth of Bitcoin among its clients. Then, they went missing – with their investor’s money disappearing from the Africrypt platform. Initially, they told clients they were the victims of a hack. However, the brothers are still missing and are being sought for arrest. Africrypt’s investors are still trying to recoup their missing funds.

The Hacking of Poly Network

One of the biggest crypto heists ever made was ironically one where the funds were in fact, returned to their owners. Back in August, a hacker found a flaw in DeFi platform Poly Network that enabled them to steal over $600 million worth of cryptocurrencies. Interestingly, the hacker then got into contact with Poly Network and informed them that their intention had always been to return the funds. At first, the hackers restored nearly half, but  eventually returned the final slice of the stolen currencies.

Not many individual crypto wallets will be targeted by groups of elite hackers in the fashion that Poly Network was – however, the average crypto wallet user must have a certain level of vigilance when dealing with day to day crypto operations for themselves. Hacks do take place on a much smaller scale, but they usually involve the user falling for a trick, such as clicking on a phishing link in a DM or email from someone posing as a trusted individual or entity in the space. Watch out for convincing communications which use the same logos, profile images and names you may already know and be familiar with, such as fake interactions with MetaMask. Already in 2022, NFT artist RXSE had a Coolman NFT stolen from her wallet and sold for 1.3ETH because she fell victim to a “fake Metamask”.

Regarding rug pulls and pump and dump schemes, the fundamental precaution that needs to be taken before putting investment into a project is research, and a lot of it. However, delving into the origins of smart contracts and the intent behind their creators (if you even can find out who they are) can prove to be a challenge without the necessary technical knowledge.

In order to help provide the DeFi community with a leg up when it comes to doing the extensive research needed on tokens and their respective projects, a company called RiseUp have developed a BSC token and a technology called “Rug Screener” to combat crypto industry scams. Rug Screener provides investors with the information they need to know about a project to help deem them as safe to invest in or not. By collating research tools from various platforms, RiseUp’s RugScreener can quickly provide potential investors with information on any smart contract such as contract details, who the creator of the contract is, the project’s liquidity and more. Rug Screener even has a score system which provides the user with the warning if it deems the project as unsafe.

The crypto community must make the effort to be vigilant and protect investors entering the DeFi space. Although healthy crypto communities on Twitter, Discord or Telegram will have protocols in place to identify and remove scammers, there will still be situations where potential investors are on their own. Becoming wise to the constant barrage of deceitfulness that is still emerging in online spaces is essential for both new and old users to not get their assets stolen. FOMO and well-placed hyperlinks can still catch even experienced users off guard. With tools like the RugScreener being created, it’s now possible to both mentally and technically equip yourself with the knowledge and tools to protect yourself and your future investments.