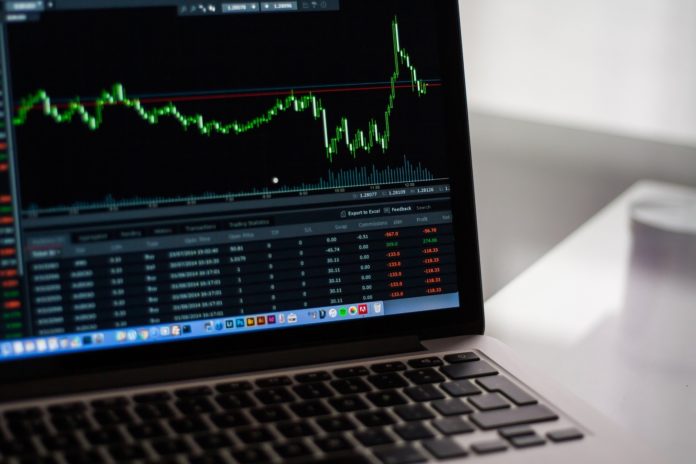 The practice of traditional market figureheads taking stabs at Bitcoin is back. Statements given by Bill Gates and Warren Buffett over the past week has caused the cryptocurrency community to erupt in disbelief due to some outrageous statements.

It seems that the good name of Bitcoin is back under attack by traditionalists who have constantly objected to the world-changing effects which cryptocurrency has.

On an appearance on the Squawk Box segment on CNBC, Bill Gates, founder of Microsoft and one of the richest people in the world, said that he would short Bitcoin if “there was an easy way to do it.”

It is a shame that Gates seems to have spent no time in researching the topic of shorting the world’s most prominent cryptocurrency.

Tyler Winklevoss, a longtime supporter of cryptocurrency, quickly jumped on Gate’s statement given to the CNBC hosts. Winklevoss gave a statement on Twitter directed at Bill Gates.

There is an easy way to short bitcoin. You can short #XTB, the CBOE Bitcoin Futures contract, and put your money where your mouth is.

Dear @BillGates there is an easy way to short bitcoin. You can short #XBT, the @CBOE Bitcoin (USD) Futures contract, and put your money where your mouth is! cc @CNBC @WarrenBuffett https://t.co/4JIhF5vWsZ

This being quite a damaging set of words coming from one of the world’s largest Bitcoin promoters or “evangelists” as they are more well known.

Tyler and his brother, has created quite a nest egg for themselves in the cryptocurrency space, founding the Gemini exchange along with gathering a hefty amount of Bitcoin and other cryptocurrencies.

Most crypto users believe that they are actually one of the largest holders of Bitcoin, with some suggesting that they own over 100,000 bitcoins, worth over $900 million USD at current market prices. The Winklevoss twins decided that they would get themselves involved in the cryptocurrency space back in 2013, which some would remember as one of the big crypto years prior to 2017. They were quick to buy up stacks of Bitcoin with the $65 million USD they had received in a settlement with Mark Zuckerberg.

The Bitcoin futures contracts which Tyler referred to was launched in late December 2017 in the midst of the largest run-up which Bitcoin had accomplished to date. In the short span of one year, the cryptocurrency ran from just around $1000 to just over $20,000 before the end of the year, which increased consumer demand for futures.

The arrival of the CBOE (Chicago Board Options Exchange) Bitcoin futures contracts introduced a new way in which more traditional investors could get themselves involved in the ever-growing space.

An important point to note is that trading CBOE contracts do not allow you the option to actually own the cryptocurrency which you trade. This being a key step away from the decentralized nature which has been so tied to the identity of cryptocurrencies.

Contrary to Gate’s statement, CBOE futures are actually widely accessible to the public through investment portals which a vast majority of brokers promote. Brokers such as TD Ameritrade, along with Interactive Brokers, a popular online brokerage, both offer a way which their user base can interact with CBOE Bitcoin futures.

Although the introduction of these features was considered as helpful by many cryptocurrency users, it has become a way where Bitcoin critics can begin to weigh down the cryptocurrency with negative price action.

A report by the San Francisco Federal Reserve Bank has shown that they believe that Bitcoin futures will only continue to put negative pressure on the price of Bitcoin going into the future.

Research conducted by the FRB of San Francisco shows that the announcement and subsequent release of the futures actually had a lot to do with the change in price for the popular cryptocurrency.

It is hard to see whether this is an accurate statement seeing that volatility has become a staple to the cryptocurrency market. However, their research may have indicated that there was at least a glimmer of influence which the futures have caused.

Not only did the release of futures trading have an effect, but so did the accessibility which institutions can now utilize to get their hands involved in the cryptocurrency space. Futures trading allow for institutions to have easier access to buying or short selling Bitcoin contracts. These futures could be a way in which anti-Bitcoin minded financial institutions can use their vast funds to hedge bets against the price of Bitcoin. Looking Into The Future

Nothing has changed since the FUD (Fear, Uncertainty, Doubt) attacks experienced throughout the tumultuous past 6 months to which the cryptocurrency industry has had to go through.

Not only did Bill Gates trash Bitcoin but so did Warren Buffett, who called the cryptocurrency “rat poison” earlier this week.

Although this sentiment was expected from a more traditional mind like Buffett, it was unexpected that he was going to come out in such a virulent manner.

It is highly speculated by the community that Buffett does not fully understand what exactly Bitcoin is and what it means for the future of technology and the financial world. Reports show that he has been slow to adopt new technology and still uses flip phones from the last decade.

Hard to talk down on something you don’t understand, eh?

It is unlikely that Gates or Buffett will have a change of heart unless there is something in it for them, whether it be the success of their respective firms or a position of power.

For now, it is unclear whether the statements given by Buffett and Gates alike have had any impact on the frothy cryptocurrency market. But until more concrete numbers begin to show for Bitcoin, it will be hard to tell.

The Bitcoin market has come roaring back recently with an over 60% gain in Bitcoin price and a 100% Ethereum gain over the past 6 weeks. Things may finally begin to be looking up for the market as we reach the dog days of summer.

What do you think of financial tools like the CBOE Bitcoin futures? Will they help or damage the market going into the future? We would love to know, so please let us know in the comments below.

The post Bill Gates on Bitcoin: ‘I Would Short It If There Was an Easy Way to Do It’ appeared first on Bitcoinist.com.