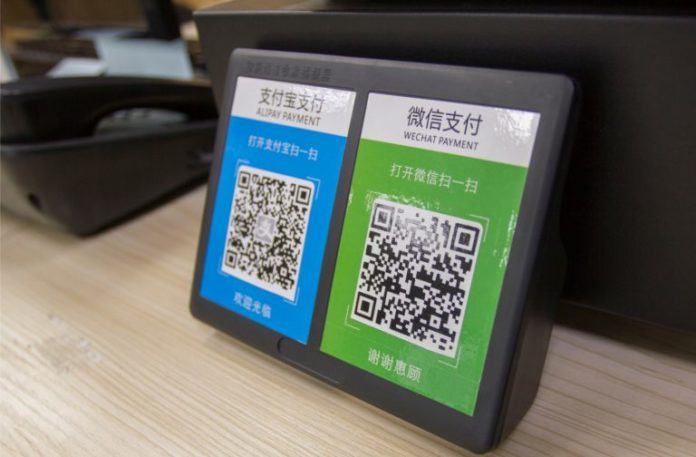 Cryptocurrency exchange Binance has launched peer-to-peer trading in China. The platform supports traders making transactions between themselves using the dominant Chinese payment apps Alipay and Wechat Pay. News of the matter forced Alipay to publicly claim it stops transactions if they are discovered to be related to cryptocurrency.

The world’s largest crypto exchange by volume, Binance, has announced it’s launched peer-to-peer trading functionality with BTC, ETH and USDT for trading against CNY (Chinese Yuan). Access to P2P trading functionality will be initially provided only to Android users that have Binance accounts registered for over 30 days, but the company promised that it will slowly roll out this service to iOS and web interface users going forward. Changpeng Zhao, the CEO of the exchange, revealed on Twitter that they are starting with China so 1.4 billion people can use the new P2P functionality and that they will expand the service to other regions soon. In response to a question from a user who noticed the option of selecting Alipay and Wechat Pay as payment methods for the service, Zhao confirmed that the popular Chinese apps are supported for users to pay one another without the direct involvement of the company.

As anyone who’s visited China in recent years can attest, Alipay and Wechat Pay dominate the local payments market. These two apps can be used virtually everywhere in the country and you will see their QR codes displayed anywhere from street-side vegetable sellers to high-end luxury retailers. Chinese consumers are so used to paying with their mobile phones that many don’t bother holding credit cards or cash and as a whole China has leapfrogged the rest of the world in terms of moving to a cashless economy. With Alipay and Wechat Pay being so prevalent in China, it is not surprising that they will also be popular with cryptocurrency investors in the country. However, there is also another important reason for that: people use them to bypass government bans on sending money to exchanges and ICOs. This is of course a very sensitive issue and the payment apps will never confirm they know this is going on. In fact, following the reports of Chinese people using P2P trades to bypass the bans, Alipay has come out to claim they are monitoring transactions to stop cryptocurrency related business.

If any transactions are identified as being related to bitcoin or other virtual currencies, @Alipay immediately stops the relevant payment services.

If you want to try a P2P exchange that is not limited by region, check out local.Bitcoin.com, the privacy-focused global marketplace for trading bitcoin cash (BCH). The platform lets traders choose payment methods such as bank transfer, Paypal, Alipay, Venmo, cash in person, UPI (India), cash deposit and gift cards. And unlike many exchanges that are now forcing users to send a copy of their passport or government ID to prove their identity, local.Bitcoin.com enables you to trade anonymously without any KYC.

What do you think about the new offerings from Binance in China? Share your thoughts in the comments section below.

The post Binance Launches P2P Trading in China With Support for Alipay and Wechat appeared first on Bitcoin News.