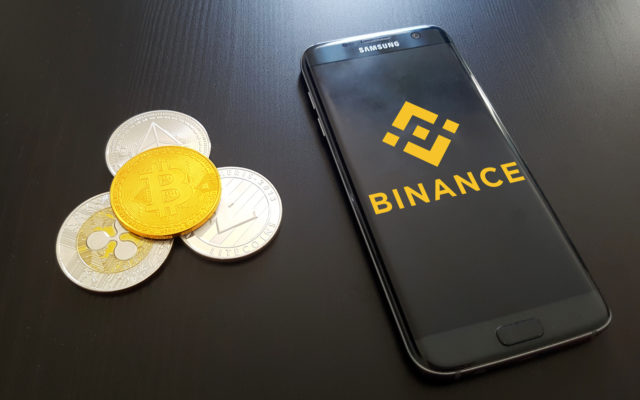 According to a recent announcement by one of the world’s largest crypto exchanges, Binance, its USD-backed stablecoin was just approved by the New York State Department of Financial Services.

One of the world’s largest crypto exchanges by trading volume, Binance, has been making headlines on a regular basis for the last three years. The exchange is being the topic of countless reports once again today, January 6th, after its recent announcement that its stablecoin was just approved by the New York State Department of Financial Services (NYDFS).

Binance stablecoin now approved by NYDFS
As many are likely aware, Binance’s stablecoin — Binance USD (BUSD) — is a cryptocurrency backed by US dollars. The coin was developed and issued by Binance, in partnership with Paxos, which is a regulated financial institution building infrastructure to enable movement between physical and digital assets.
Thanks to the new approval by the NYDFS, Binance’s stablecoin can now be purchased with fiat currencies or obtained in exchange for another cryptocurrency on Binance’s platform.
Binance also allows users to convert BUSD into four other stablecoins, including USDT, USDC, TUSD, and PAX itself. The coin can also be traded against a number of other cryptocurrencies on Binance’s exchange. Furthermore, according to Binance’s platform, the coin can be purchased or redeemed without any fees, although the exchange warns that bank charges and wire fees may still apply.
Following the announcement, Binance made BUSD available globally, allowing for fast transfer at a low cost. The coin is supported on both, ERC-20 and BEP-2.
As part of its approval-seeking campaign, Binance pitched its stablecoin as a government-friendly alternative to Libra. This made it Libra’s main competitor even before Facebook even had the chance to release its upcoming coin.
According to Binance’s crypto community, it appears that many are quite excited by the news, requesting additional trading pairs against BUSD as soon as possible. Others are expecting that the new move will bring additional clients to the exchange, further launching its growth and profits.
Meanwhile, Binance also recently announced that it will remove a number of trading pairs against USDC, supposedly due to low trading volume. The coins that will lose their trading pairs against USDC include ALGO, FTM, ONT, XLM, and USDS. The removal of the trading pairs will take place tomorrow, January 7th, at 8:00 am (UTC).
Meanwhile, the move could lead to an increased usage of BUSD, provided that the coin gets its own trading pairs against these altcoins. For now, BUSD is only paired against 15 other cryptos, including BTC, TRX, ETH, BNB, BCH, XRP, LTC, EOS, VET, ETC, ADA, EUR, LINK, XLM, and QTUM.
As a stablecoin, BUSD is pegged to the USD, meaning that its price should always remain at $1. However, its market cap remains relatively low for now, sitting at only $17 million, which places it on the 151st spot on the list of largest cryptos.
Do you think that Binance’s new stablecoin will be a major deal for the future of the exchange? Let us know in the comments below.